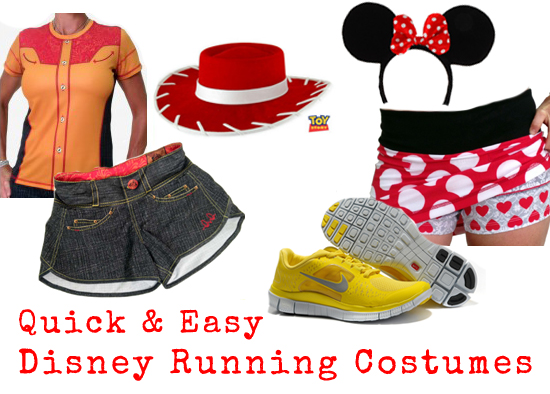 Are you doing any runDisney or Halloween races that require a costume or some extra flair? I am doing the Rock N Roll Halloween Half Marathon in Los Angeles at the end of October, then of course, the Tinker Bell and Princess Half Marathons with runDisney in early 2013.

Having the right running gear is vital, but come race day- sometimes it helps to have something a little extra special to help you stand out from the pack.  I have seen people run in full costume, with masks, gorilla suits, tiaras and tutus-  but if you’re a bit more practical like I am, you want a running costume that shows some spirit but doesn’t get in the way of your performance.

I am going to be running the Rock N Roll Mini Marathon and runDisney half marathons in some InknBurn gear–  not only are they gorgeously designed and well crafted, but they make getting ready for a themed race a total breeze.

The skirts from InkNBurn are worth every penny-  with an unloseable drawstring tie, pockets on the outside front (so you’re not digging in the crotch region with weird inside pockets most running shorts seem to have) and durable fabric that’s completely screen printed inside, out and all around- you will fall in love!

If you’re doing any runDisney or costumed events- InkNBurn has options for many costumed and runDisney events- not only is the Minnie skirt totally perfect, but you can go as Woody or Jesse from Toy Story with their western tops and denim-print bottoms!  They have a whole selection of Halloween running gear for skeletons, cowgirls & mummies!

So, are you dressing up this year?

If you’re a runner, do you run in costume?

How To Manage Your Medications (& Life!)…

PREVIOUS POST
"How To Score Free Stuff With Your Blog … Part 2"
NEXT POST
"If Your Blog Hasn’t Changed Your Life You’re Doing It Wrong"
8 comments so far.