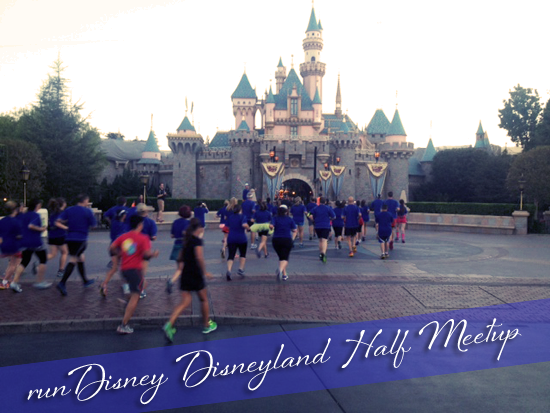 The Disneyland Half Meetup was as magical as you’d expect – with special guests Joey Fatone, Sean Astin and Ali Vincent and a trip through the parks before opening to get everyone warmed up for the Dumbo Double Dare during the Disneyland Half Marathon weekend!

If you haven’t heard of the runDisney meetups, they’re a super fun opportunity to run through the parks on the Friday of race weekend.  There are always fun surprises, a chance to run through the parks before they open and there are tons of fun runDisney fans, runDisney staffers and the aforementioned special guest celebs.  If you’d like to get in, you have to pay attention to the Disney Parks blog to snag a spot- they typically post something about 2 weeks beforehand and you have to email the team utterly fast during an undisclosed window, so be aware! 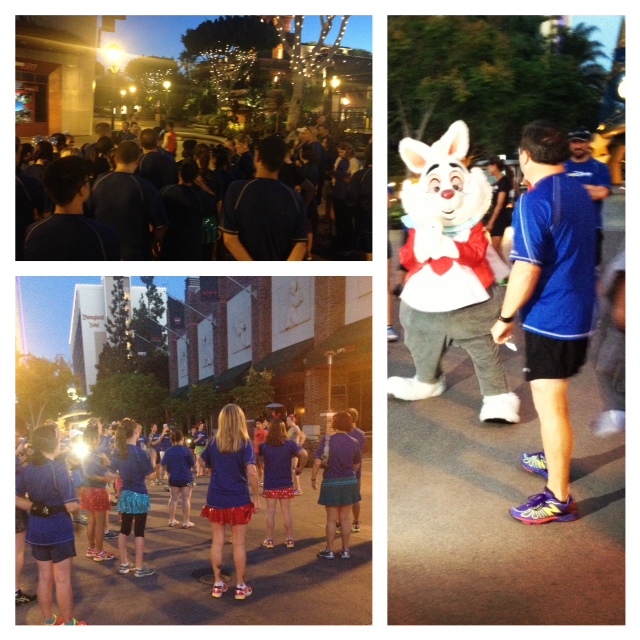 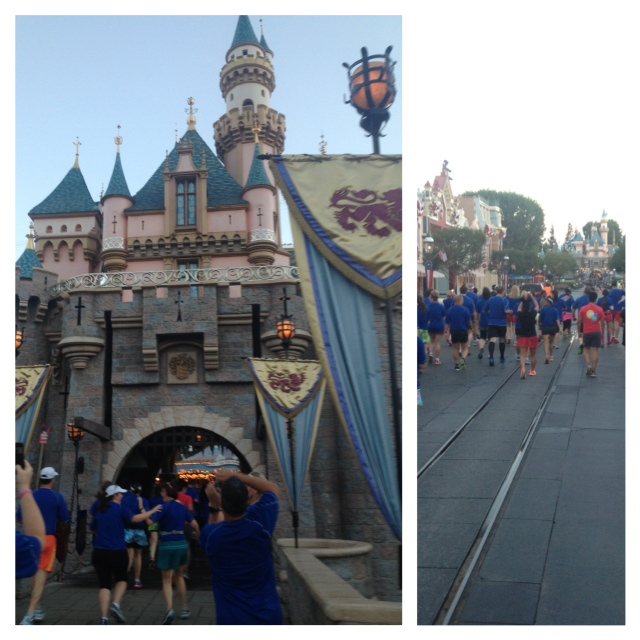 First, after running through Downtown Disney, we headed over to Fantasy Land in the parks to meet Alice and take a spin on the teacups.  It was balmy outside- perhaps I brought the humidity with me from Chicago?  I apologized to Alice for my sweatyness and she graciously posed- apparently I wasn’t the only one feeling the steam of this teaparty, it was warm but fabulous! 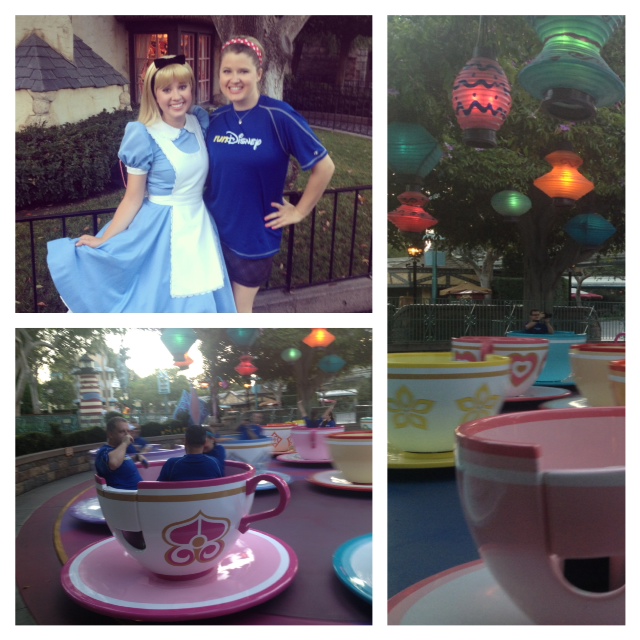 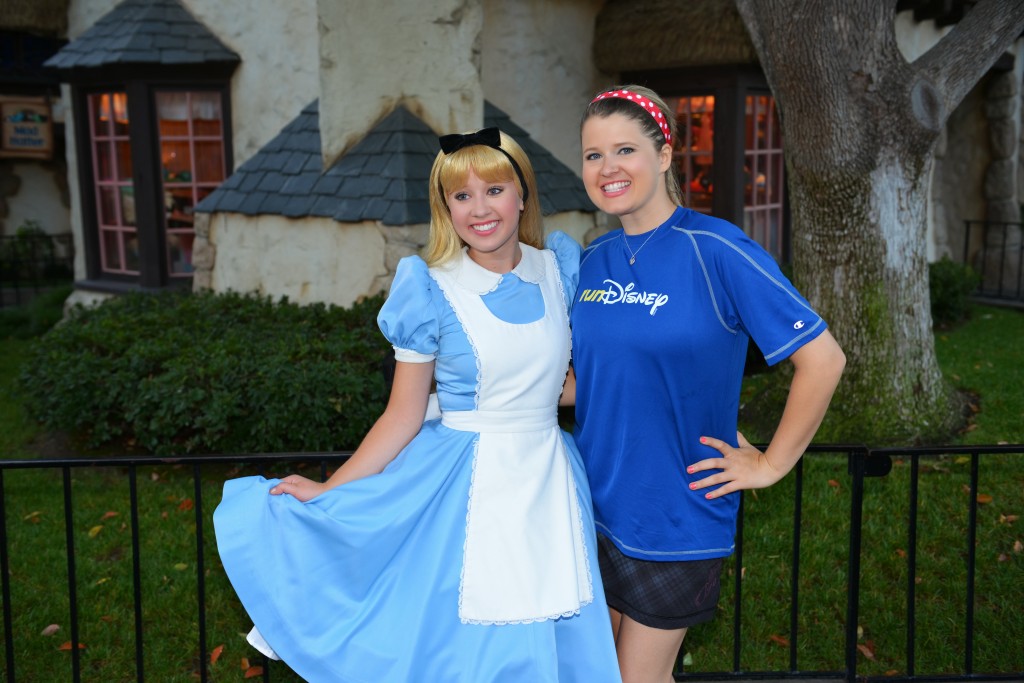 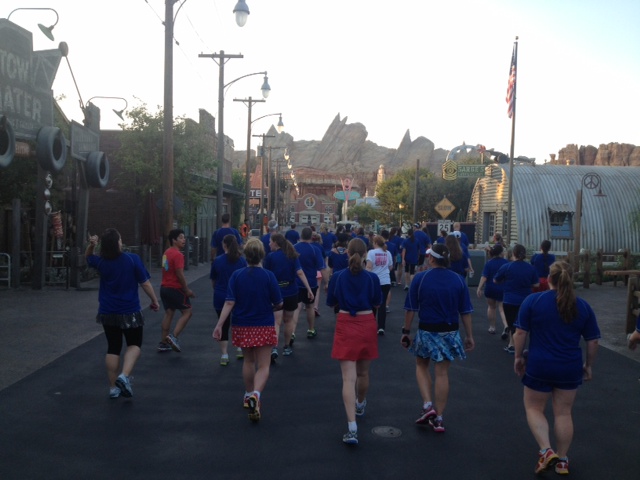 After going for a spin on the teacups, we jaunted over to Disney’s California adventure for the second leg of the Disneyland Half Meetup!  We ran through my favorite place of all time- Cars Land!  We weren’t sure where we were going to stop, but took a left hand turn past Tower of Terror and headed over to… 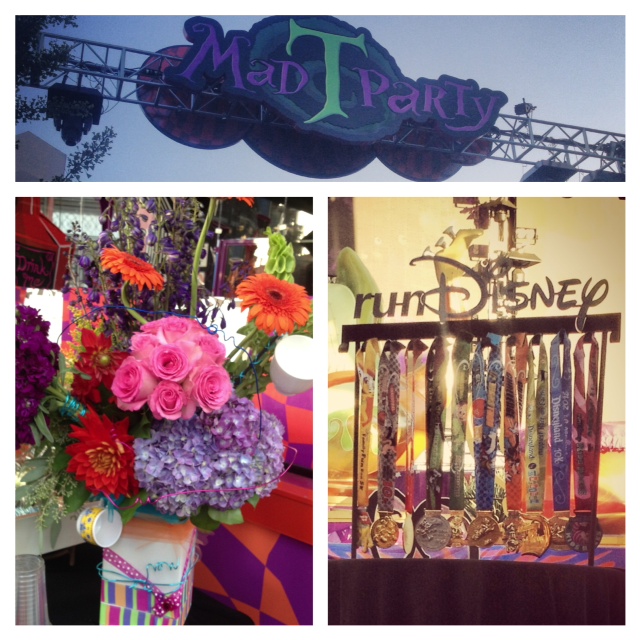 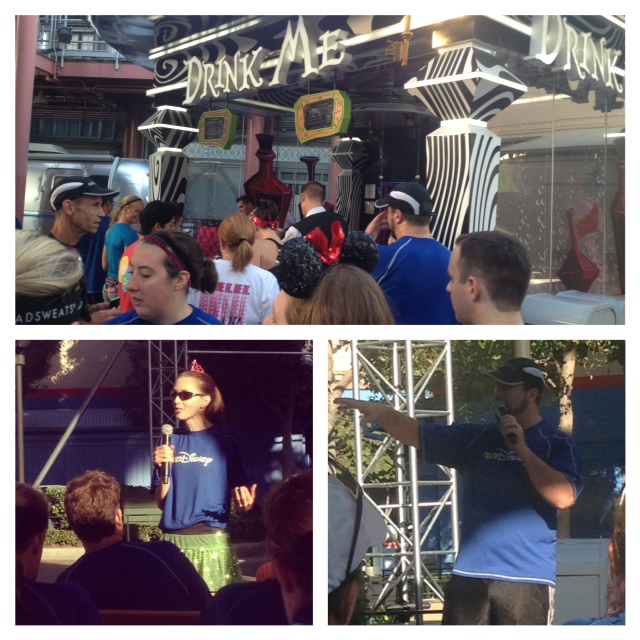 After we sat down for breakfast and wiped the sweat off our brow from a muggy 2 miles (seriously SoCal, how did you get so steamy? Where’s the ‘dry heat?’) we sat down for breakfast at the Mad T Party in the Hollywood Studios section of California Adventure.  We enjoyed some delish pasteries, coffee, yogurt and fruit and heard from our runDisney favorites- our staffers who put on such great events and the fabulous Tara Gidus and Jeff Galloway.

If you don’t read their content, you should! Tara has great nutritional advice for not just runDisney events but any nutritional advice you’ll need for racing in general.  She cracks me up, apparently someone called her a “buzzkill” on the runDisney blog when she posted that you can’t eat anything you want just because you run. (GASP! Read her post on that here.)  I run for beer and cupcakes but totally agree with her! 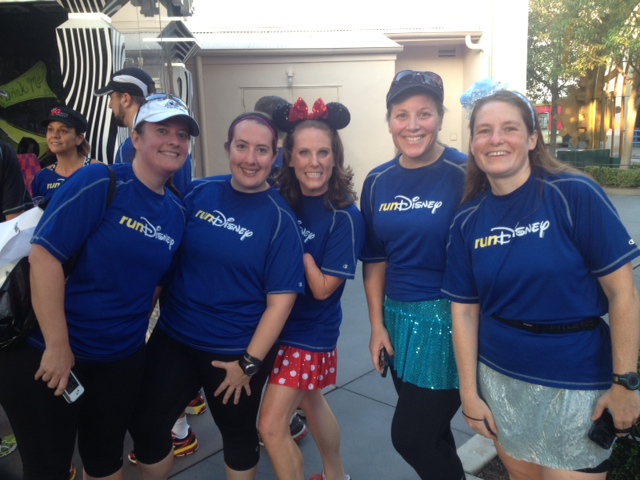 We also got  to hear from Sean Astin, Joey Fatone and Ali Vincent- all three of which came to fitness later in life and aren’t your typical “runners” but are so committed and totally encapsulate the runDisney spirit of fun, inclusivity and transformational fitness.

RunDisney also showed off the bling for the rest of 2013 and said that while they’re planning new races (YAY!!!) they won’t be on the horizon just yet- so stay tuned! 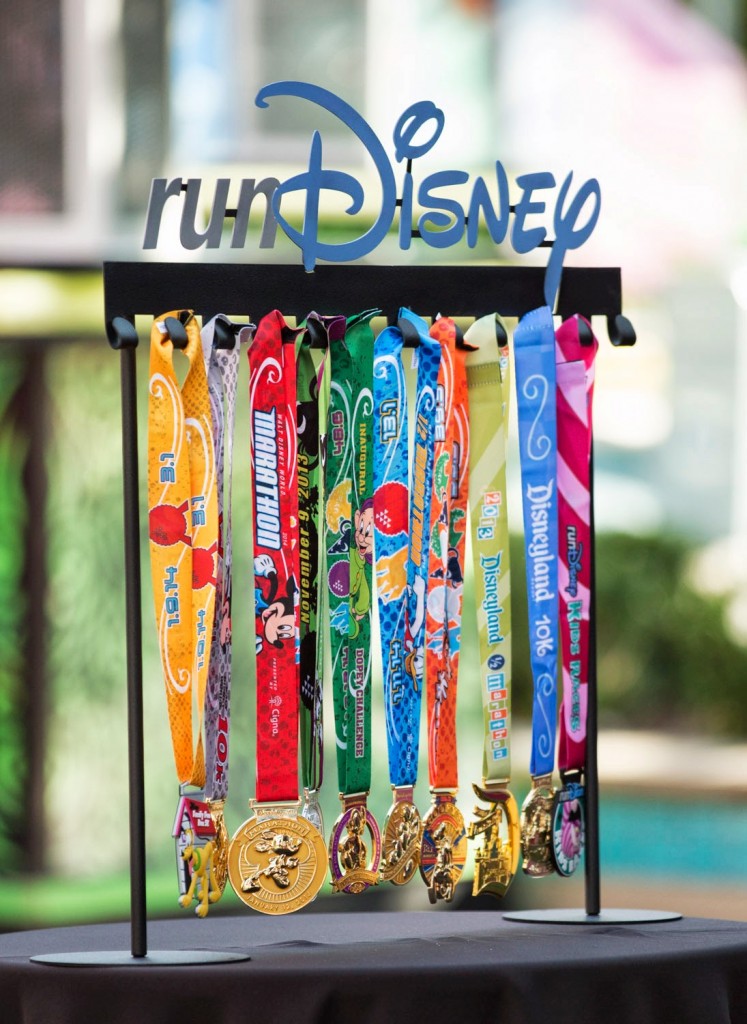 Huge thanks to everyone at runDisney for making this awesome Disneyland Half Meetup happen- it was totally magical!  If you were at the meetup, please stay in touch, it was fabulous to meet more of my fellow runDisney addicts!

PREVIOUS POST
"How To Do A Sock Bun For A Run That Will Survive A Half Marathon"
NEXT POST
"FRS Review and Giveaway"
8 comments so far.

8 responses to “Disneyland Half Meetup Recap”