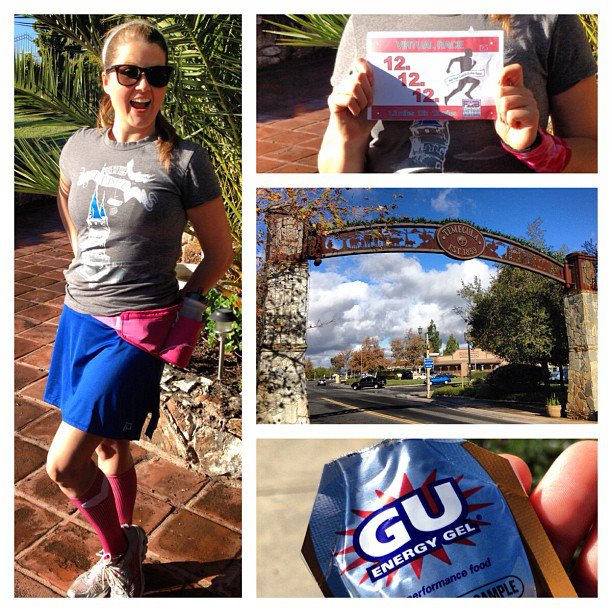 That’s it- I finally completed my longest run ever, a 12 mile training run for my first half marathon, The Tinker Bell which is taking place in January.

I run, a lot (for someone like me)  Doing 12+ miles in a week ain’t no thang for me anymore, but for some reason, doing 12 miles at once totally freaked me out.  I’ve done 5ks, 10ks, 8 milers indoors- but I’ve never gone into the double digits outdoors in real conditions.  I was nervous, super nervous.

I suppose I was nervous about two things-  first, I didn’t know what 12 miles would feel like, or even if I’d have the stamina to keep going past my well-familiar 6 milers.  I was nervous I’d get tired, injured or something would go wrong and I’d  officially be told by my own body that I wasn’t ready for the Tinker Bell Half Marathon.  The Tinker Bell Half is nearly a month away and it was time to find out how far I could go, and what I could do.

Secondly, I was nervous about where I’d run for that distance.  Currently, I live in a very hilly area, so I need to drive to another area to find safe running paths that are safe for runners and relatively flat.  Being in an unfamiliar area, running solo made me a bit uncomfortable but I was able to track down a relatively runner-friendly area using MapMyRun.com and drove the length of the trail just to make myself feel safer.

I’ve discovered a few things:  First, I can do 12 miles so I can go confidently forward in the knowledge I can do 13.1 at whatever pace my body will allow.  Secondly, Gu has a good flavor but feels like you’re swallowing Vaseline, not a fan.  Thirdly, if you’re at 7.5 miles and your phone is at 20% battery life, losing your mileage on Nike+ is one hell of a motivator.  And for a fourth point, I ran for the first time with a hydration fanny pack and hated it until I could wear it on the small of my back… still figuring out how I can stay both hydrated and comfortable. 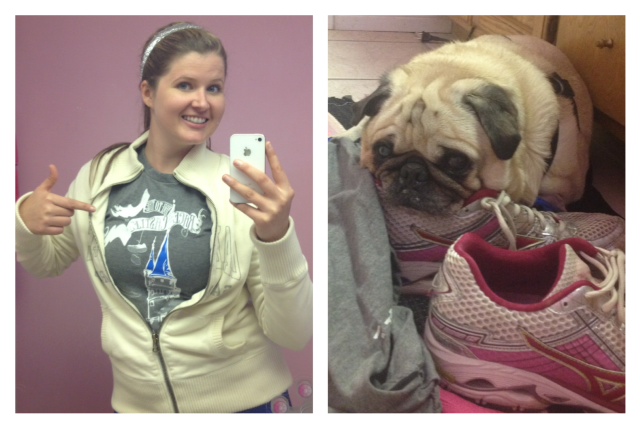 Post Run:  Rocking my new “Race You To The Castle” Tee from Raw Threads as inspiration for the Tink & Princess / Ralph gets just as tired as I do after a long run.

The run itself went well and I’m only moderately sore the day after.  As previously  mentioned, I have learned the lesson that one’s iPhone should be fully charged if you’re using it as both a source of music and for your GPS tracking. I use the free app, Nike+ and Pandora to do my long runs (my music playlist is only about 45 long) and after about an hour and a half, I looked to see my battery was at 20%.  I shut off Pandora and used the fear of losing my running data as a motivator to keep going as hard as I could until I was done.

I’m so happy I got that 12 miler done, huge thanks to everyone who shared advice and encouragement on Twitter- you rock!

Additionally, I have some exciting news that really puts a little bit of joy in what has been a very, very sad week for our nation: 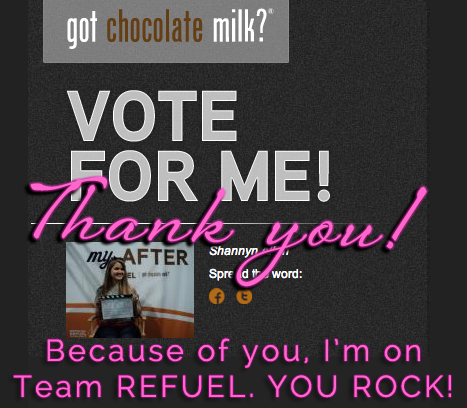 As you may recall- I asked my amazing readers for help to get a coveted spot on Team Refuel with the Got Chocolate Milk campaign.  New members of Team Refuel receive a $500 running sponsorship, $300 in Team Refuel swag and an opportunity to participate in national campaigns including a chance to run the Rock N Roll Marathon in SCOTLAND. *SIGH!*

I’m so grateful to announce that because of your help, I was chosen to be on Team REFUEL!  Huzzah!

Since I’ve signed up for 4 half marathons in 2013, being on Team Refuel is a huge boost towards my running goals as well as a financial help so I can afford them!  I am so humbled and grateful for everyone that took the time to vote, often, several times.

I know we all have heavy hearts as we approach the holiday season- there have been some horrible national tragedies recently, and I personally am mourning the loss of a friend (unrelated to the shootings), so there is a lot on my heart and mind this week.  The kind people I feel lucky enough to call friends on this blog and my social media networks are helping me see through the grief with a bit of gratitude.

I’ve been struggling to find words that adequately express what we’re all going through as a nation right now but  I hope each of you are surrounded by the love and warmth of the season, and are taking time to be with friends and loved ones during this difficult time.  I wish each of you a happy holiday season and that 2013 will be one of peace and safety for us all.

“Nobody Knows Your Heart” … A Former…