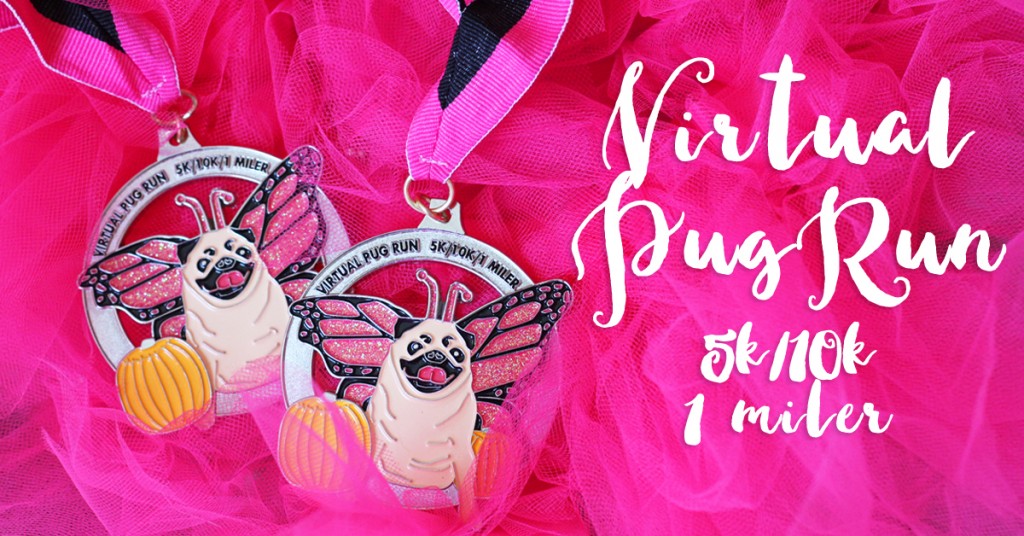 Pugs are sort of crazy. They snort, wheeze, have curly little tails and squished little faces. I adore them.  Even crazier than pugs themselves, is getting pug lovers together for a Virtual Pug Run to benefit the Northern Illinois Pug Rescue.

Last year, we raised $8,176 for NIPRA and had about 344 runners signed up to participate.  This year, we’ve hoped to hit 475 runners and $9,500 raised.  Yep, I got sort of scared to place the medal order early on the hope we’d hit our goal.  I had TUMS on hand for when the credit card came out and I placed the medal order with Crown for our giant medal order based on faith and the hope that people would dig puggerflies this year for a good cause. 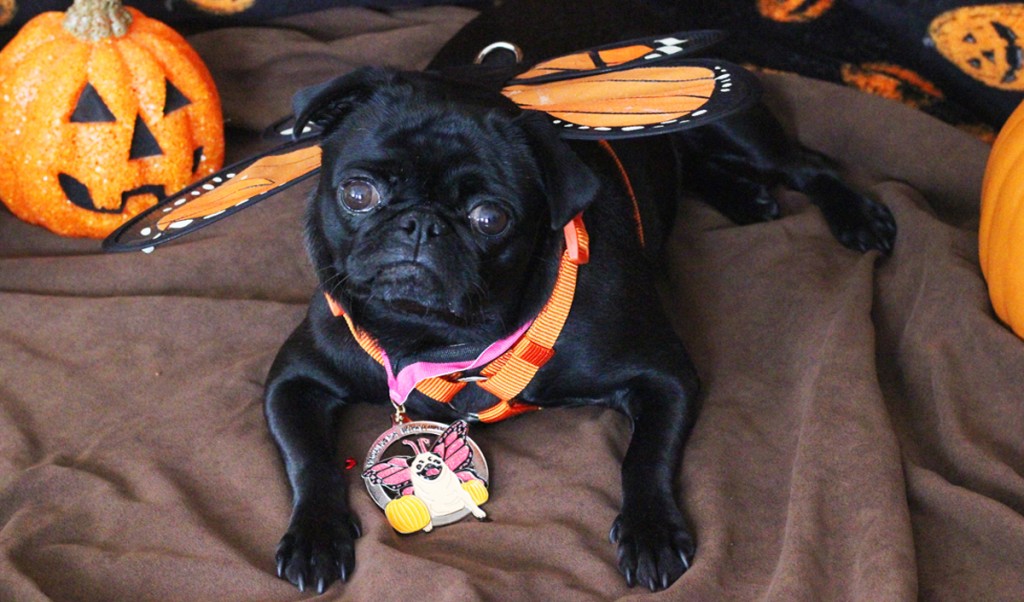 Well, the medals are ready to go and we have 340 runners so far- 135 left to hit our fundraising goal.  Matilda was kind enough (for some Pupperonis) to model the 2015 medals and they’re pretty snazz-arific in person.  Honestly, I’m always nervous to start a project like this, but when you see the medals in person, it makes me all misty eyed.

NIPRA, is an amazing organization.  Dogs are taken in that were bred for profit, until they’re no longer “useful” and abandoned by shady breeders.  Dogs that need wheels if they’ve lost the usage of their back legs, or ones that are otherwise considered “unadoptable,” are given a second chance.  Additionally- since I’ve started volunteering, we’ve taken in dogs that are already elderly or very ill.

NIPRA takes in dogs of all ages and conditions, and even provides hospice care for elderly or terminally ill dogs that were found abandoned or willfully given up by families- no matter what the cause or condition, every pug is given a second chance and a loving home. 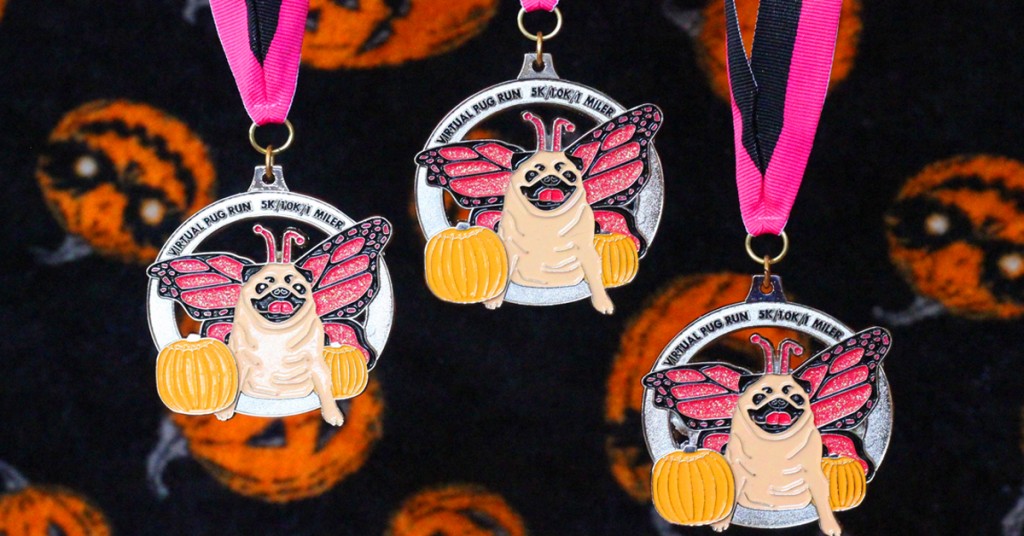 You know, pugs are amazing little creatures.  It’s taken over a year to get Matilda where she’s at.  Initially, she was so fearful of people that on walks, she’d go into barking fits.  At home, when people would come over, she’d be so scared she’d wet or poop herself.  It took a lot of time, long walks, dog parks and really patient house guests to show her, over time, that people aren’t bad and everyone just wants to snuggle her.  She has a ways to go, but she has improved so much and I have no doubt that with training and exposure, her anxieties will be totally under control in the near future.

I adopted her well over a year ago, and it’s been a labor of love to get her happy and healthy- but it’s been worth every minute.  Matilda has been my constant companion, my office buddy and a great sport when put in costume- so I have to wonder, who rescued who? I believe in pug rescue because of transformations like hers. 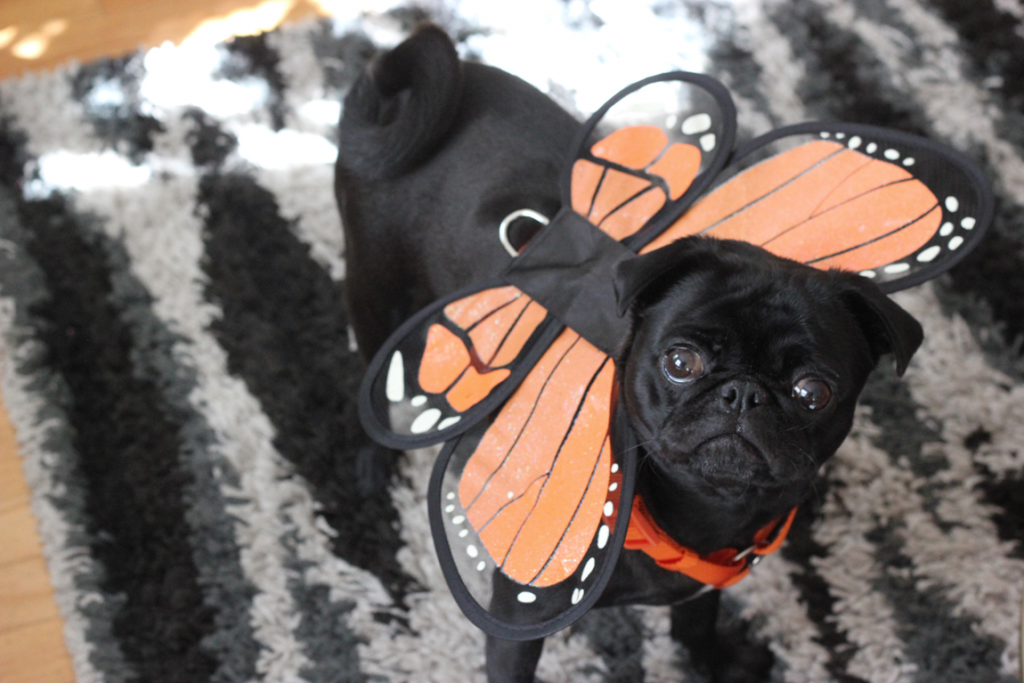 I also have to admit I’ve been wanting a second pug, like, really…really bad.  Specifically, a fawn pug.  (sigh.)  My partner just adopted a rescue Boston Terrier, (pictures to come soon!) so while we have our hands full with two doggies, I totally want to rescue another fawn pug…I mean, what’s one more kibble bowl?  Eh? Eh?  I’m thinking he’ll come to the apartment for dinner and be like “How did this get here?” I will not know… Yes. I spend an inordinate amount of time thinking of how I can smuggle in just one more fur baby.  It’s a problem.

Then again, when you’re surrounded by adorable pug medals, it kind of makes it hard not to want another.  I just hope that the packaging of 475 medals will occupy my brain space.  OR, if someone just wants to leave a pug puppy in a basket on my doorstep, that’d be great too.  #crazytalk 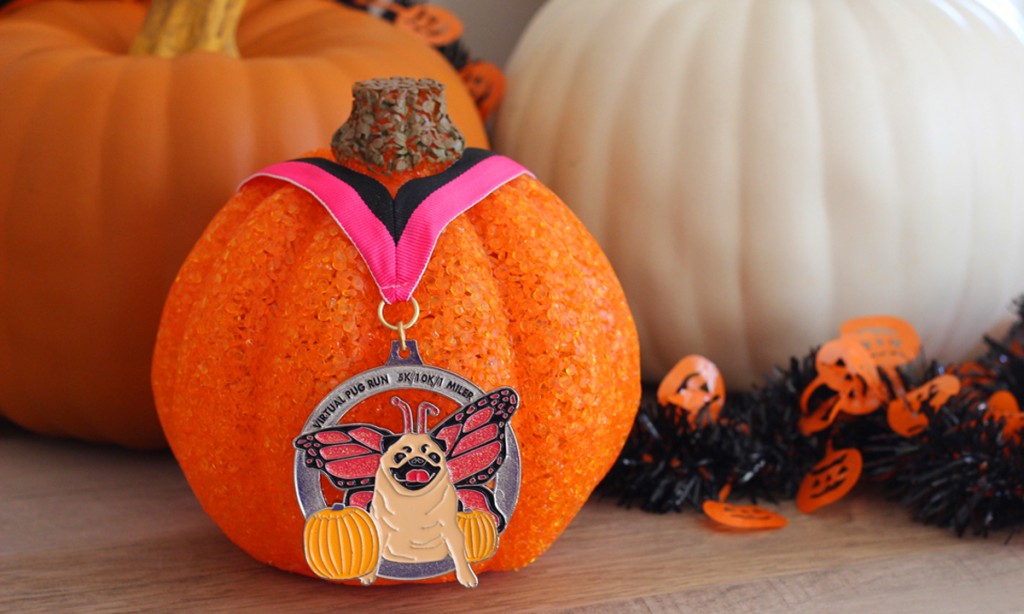 So, here we are.  7 Days left and 135 runners to go.  I know we are so close I can hardly stand it…but it’s going to be amazing to hit the goal!

With a few more shares on Facebook & Twitter, I know we can hit our goal…and sincerely, Matilda, our fellow rescues and volunteers at NIPRA thank you for your support!

PREVIOUS POST
"Frugal Fashion: When to Use a Tailor & How It Saves You Money"
NEXT POST
"For Travelers On A Budget: Our Favorite Frugal Blogs Roundup"
3 comments so far.