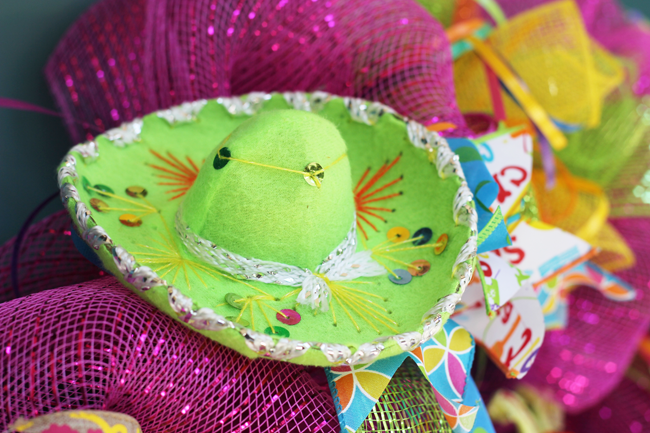 For the last few years, I’ve been blogging consistently 3-5 times a week, and I really didn’t take much time off.  This year, I moved to San Antonio and I suddenly didn’t want to be online- which is kind of, weird.  I would flip open the Macbook, and stare at the screen.  I would enjoy a Manhattan at a new spot in town, and not feel the need to Instagram. It was not like me at all, but I have been rollin’ with it.  I took pause a few times, but I still didn’t want to be tweeting, Instagramming, writing and emailing.  I just wanted to live…so that’s precisely what I did.

We’re still unpacking boxes, organizing and assembling life in Texas but it’s been joyous.  Honestly, I love the weather (meaning lack of winter, though I know summer will be a beast), the lack of traffic and the area we moved in to.  I enjoyed Chicago for the years I was there, but apparently this was the fit I was looking for.

You guys, I friggin’ love Texas.

I’ve been on a kick since we’ve been there to plan and explore the entire state.  For a week, I was in Austin to experience SXSW Interactive, and since then I’ve been rambling about town, meeting people and eating all of the things. 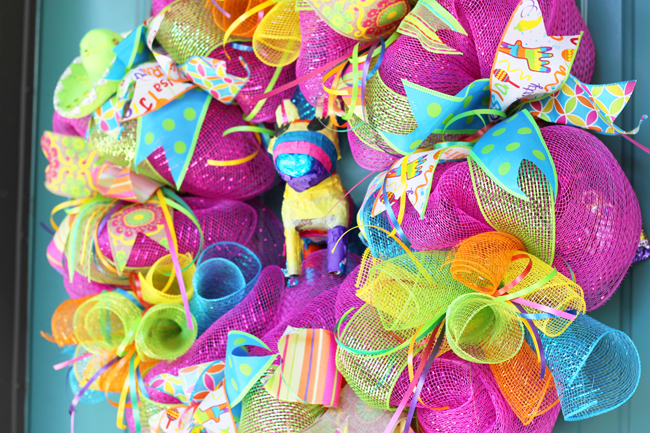 Fiesta wreaths, it’s a San Antonio thing and I friggin’ love it, so I got one.

Texas is its own little world, with a unique culture.  It’s southern, but don’t confuse it with the South, it’s still Texas.   San Antonio in and of itself is a unique mix of cowboys, Tex Mex, Mexican culture and southern charm.  Your is either sweet or “unsweet” and it’s labeled as such.  You can nosh on paleta, pan dulce and elote under papel picado (colorful Mexican paper banners) and still step over for Texas barbeque.

So basically, I haven’t been online much.  I’ve been eating and for some reason, sort of automatically unplugging from the interwebs. 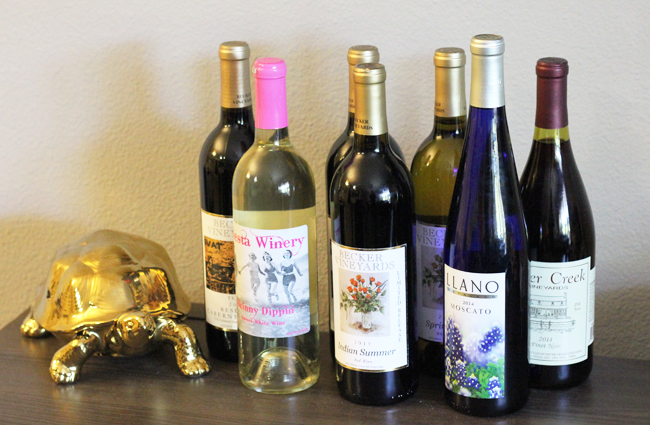 I’ve also been amassing a collection of Texas wines and whiskeys every time I go to HEB, I usually pick up a bottle or two- this is about half of the collection I’ve amassed on my quest to eat and drink all of the things.  Hill country is apparently known for sweet wines (which the fella loves) but as a pinot noir fan myself, I’ve only found one at the local stores that is from Texas. 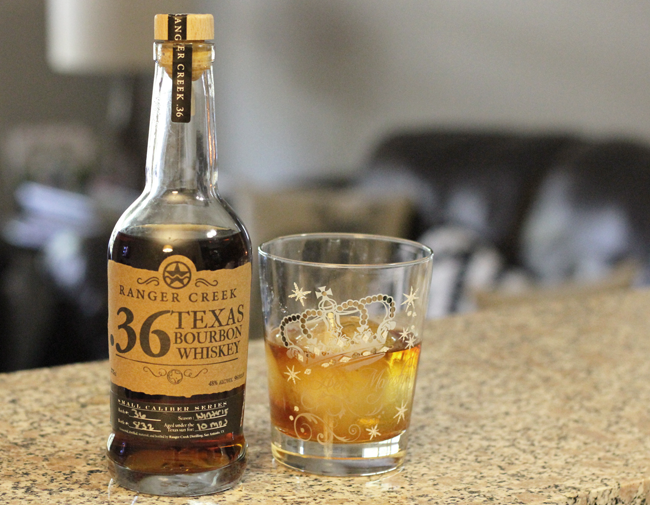 The .36 Texas Bourbon Whiskey from Ranger creek= not as good at the .44 Texas Rye, but it’s worth at try!

I’ve also been on a quest of trying an array of “made in Texas” goods from the stores- from yogurt to popcorn to granola.   Grocery shopping is like an Easter Egg hunt as I try to find local flavor, and yes, I’m a nerd who does that kind of thing.  It’s apparently the thing I’m doing when I’m taking a break from blogging. 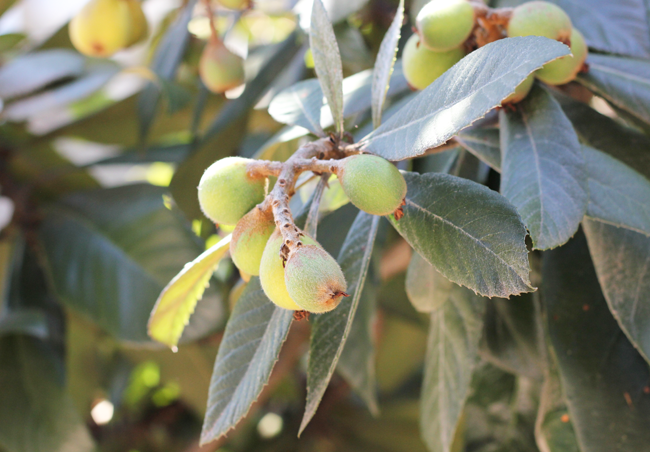 I haven’t had loquats since I was a kid.  I used to pick them off a tree in our backyard, and eat them while they were still warm from the sun.  Our tree died when I was about 8 and I haven’t had them since- but did enjoy the world’s best rum in Bermuda that was made with loquats last June….so…you can imagine how excited I am that loquats are pretty much everywhere in San Antonio.

Loquats are like apricots and I really cannot wait for these puppies to ripen by our apartment.

But onto other things- Fiesta, it’s happening this month, and I’m really excited.  Fiesta is a yearly celebration that is akin to Mardi Gras with the color, glitter and drunken parties, except with Mexican flair and that some parades take place on the river. 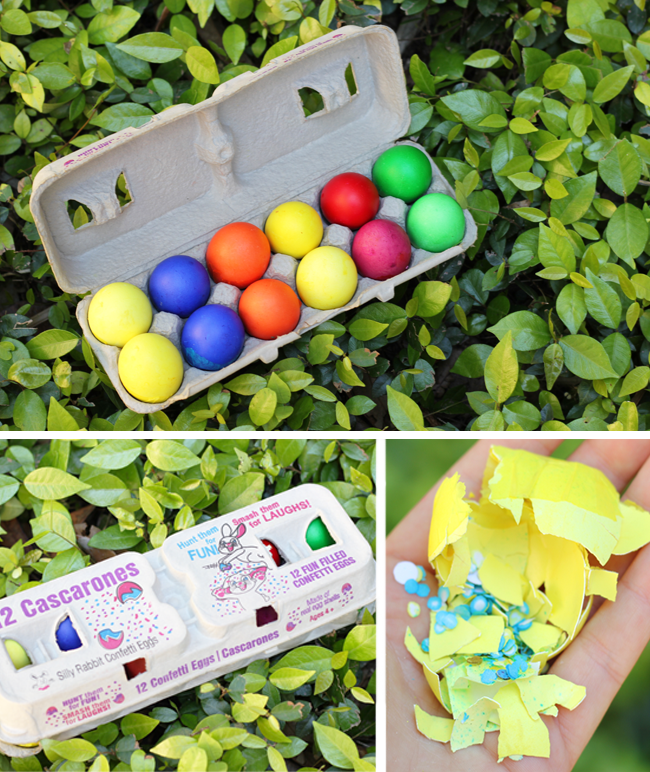 Fiesta San Antonio is two weeks of parades, oyster bakes, festivals and a celebration of culture, color and the city.  Cascarones, colorful confetti filled eggs get cracked and Fiesta medals get collected.  Drinks get drank and parade floats get rolled out.  We are going to do the totally touristy things this month, but we are so excited to be tourists as we work our way to becoming locals. 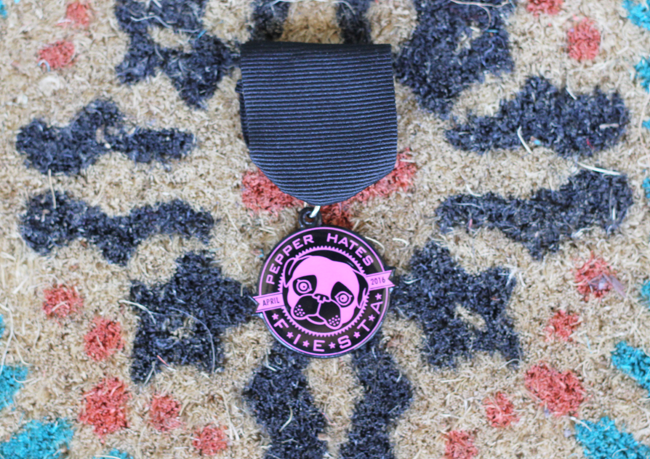 Also, I’ve already collected by first Fiesta medal from local pug-celebrity, Pepper.  Fiesta medals are like Mardi Gras beads, but instead of throwing out your tatas, you go to local businesses and collect the best ones.

I am a fan of this practice, as it gives locals a reason to check out and support local florists, restaurants, book shops and nonprofits in order to collect the best medals…it’s kind of a two week long Shop Local Saturday.  Only in San Antonio!

Well, that being said- I hope to get things together now that things are unpacked and my taxes are filed..that is, after Fiesta and San Antonio Beer Week.   In the meantime, join me here for a bevvy?  😉

How I Saved This Month with the…