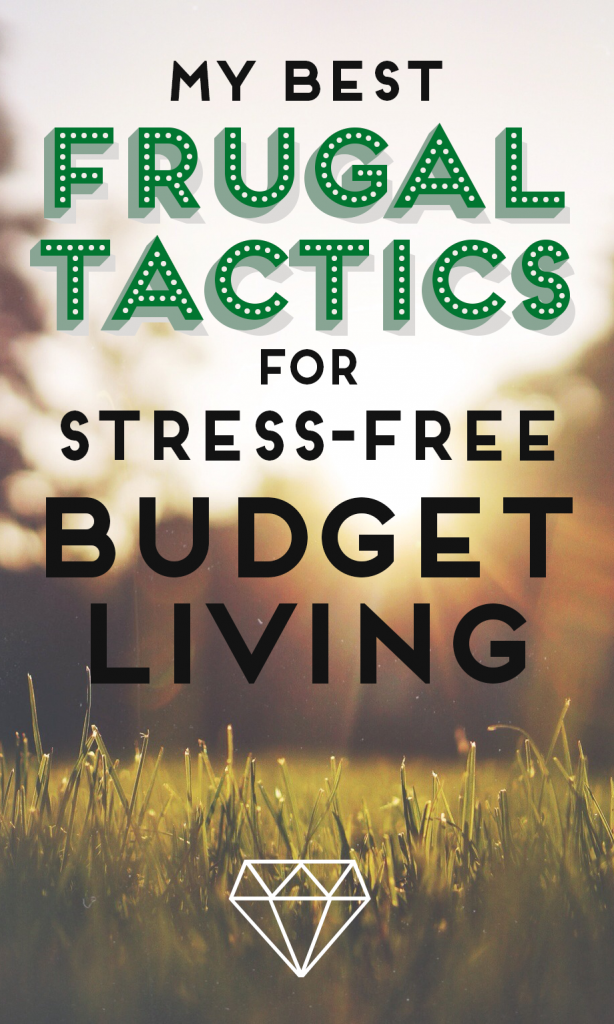 I’m a veteran of frugality- when I started this blog in 2011, I was a broke graduate student in a new part of the country and my financial situation changed dramatically overnight. To survive my first year in Chicago, I had to live off of $800 of income a month and sometimes, it wasn’t pretty.

I learned a lot about living frugally, but more importantly, I learned to live frugally in a more sustainable way, without burning the candles at both ends. It’s easy to go gung-ho about frugality when you’re on a tight budget, but like any new routine, you can’t overdo it, or you’ll end up miserable.

Many of us turn to frugality as a way to reign in our spending to combat debt, overcome a job loss, or to finally save up for that emergency fund. Frugality is a lifestyle, not an austerity program- if you make too many changes too quickly or completely suck the friendly out of “budget friendly” you’re going to burn out and rebound- hard.

I’m all about short term challenges or “spending fasts” (as And Then We Saved coined the term), that give you serve as a short term “spending diet,” but like all things, you must spend and save, in balance. Have a goal, an end game and always schedule in rewards along the way.

2.  Good Planning Trumps All Else

Poor planning will be your frugal undoing. This applies to meals, travel, gifts and unanticipated expenses. Many folks focus on the budget itself, but creating good meal plans at the beginning of the month will be key to saving the most time and money. Stock up on your essentials- meat, pasta, canned goods and snacks while they’re on sale and filter them into the plan to capitalize on sales and avoid any weeknight hunger pains that could coax you into ordering takeout when you’re tired and out of food.

Having an emergency fund is also key. You can’t always plan every trip or a new set of tires- life happens and you may not be able to get the best deal in a pinch. The key to living frugally is being prepared, if you can’t get something on sale, at least pay for it in cash!

If all you can afford to treat yourself with is one dinner out a month or hiring a cleaning lady once in awhile, but it will make you feel jubilant- do it. Make room in your budget for something worth saving for that’s a wee bit smaller than your biggest goal. If your giant goal is to pay off $20,000 of debt or save $5,000 for an emergency fund- it could take you months or years to pay off.

While you work towards the big goal, schedule in perks for each major milestone and make sure it’s NOT frugal. This means that while you clip coupons and kick tush with your grocery bill and cut your transportation costs like a ruthless penny pincher- your reward should make you feel, well, guilty! A guilty pleasure could be a mani/pedi, a new pair of shoes, a budget-busting trip to Target or a fancy dinner. Whatever makes you feel a wee bit guilty, that’s what you should treat yourself with!

4.  Get Your Saboteurs On Board

Saboteurs aren’t backstabbing frienemies, they’re actually the ones we love who might not understand that you’re cutting costs and trying to live more authentically with your frugality. Saboteurs can be anyone from a coworker who wants to go shoe shopping during lunch, or your honey who likes to throw extra items in the cart when he knows you’re on budget.

A simple conversation can suffice some unintentional saboteurs, but usually the worst ones are the ones who “see no harm” in carrying on as if it were business as usual. Just like a partner or parent might buy someone junk food who is trying to lose weight, some show they care by spending money or wanting you to “just have fun this one time” while batting their eyelashes and putting another DVD in the shopping cart. If you have to, don’t take them shopping with you or do your best to distance their influence on your behavior without having to distance them from your life entirely.

When I was a graduate student in Chicago, I realized that having a car was a big expense that wasn’t paying off- I took the train downtown to work (since parking downtown was $16 a day even in our building) and could walk to class. I got rid of my car to save money, but I made a mistake- I didn’t have a backup plan for what I would do if I were ever in need of a car.

Some cutbacks will feel great- if you weren’t using that TV in another bedroom, selling it will feel freeing. Other times, cutbacks might cause a problem- but being prepared by pooling resources will reduce hassle and prevent burnout. For instance, selling my car saved me thousands of dollars in maintenance, parking fees, city and state registration and gas- but if my pug, Ralph needed a vet visit and it was snowing outside- a car would have been a blessing. In those instances, I had to call a cab or rent a car, but being able to reach out to someone who could swap favors for free would have been so much better.

Get creative on what you can do without, and who you could rely on if you needed those services. Perhaps it’s time to sell your DVD collection that’s collecting dust- but if you ever do want to watch movies, could you borrow from a friend, a library or rent? If you’re planning on cutting out fast food or takeout, would a friend of family member be willing to do a potluck with you once a week so you’re not boring yourself to death with the meals you always make at home? Be sure though to give as much as you get, and make it fun! 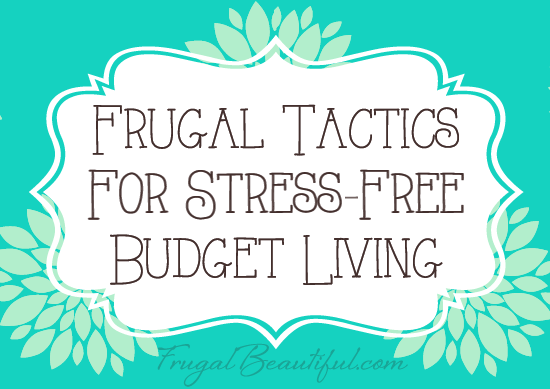 If you had one piece of frugal advice, what would it be?

The 4 Ways We Sabotage Our Happiness…