The World Domination Summit 2012: A Pair Of Spectacles For Your Soul 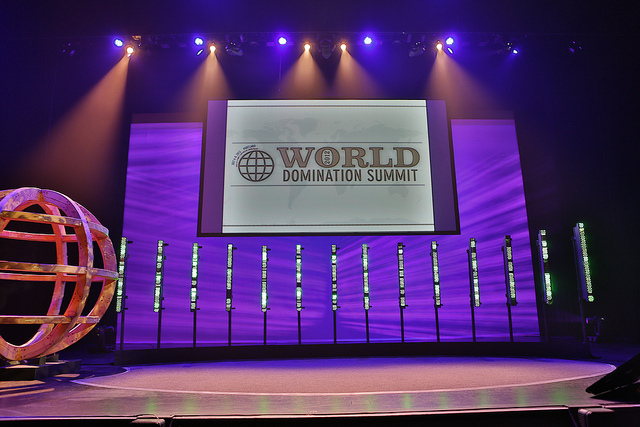 You know how the right pair of glasses can change the way you see the world & bring the world around you into focus?

That’s WDS- a pair of spectacles for your soul.

Chances are- you’ve either heard about the World Domination Summit (and at that, a zillion times) or you haven’t.  Either you run in the circles of ravenous bloggers, hungry entrepreneurs, crazy creatives and bohemians of all stripes who wouldn’t shut up or cease their #WDS2012 hashtags… or you’re like, “Shannyn, WTF is WDS?”

The World Domination Summit is still in its infancy- this year was the second year it was held in its birthplace of Portland, Oregon.  It’s a 3 day summit with as many parties and random meetups as it does info sessions & speeches that will knock your socks off.  You talk with other bloggers, creatives & travel hackers until your throat hurts and drink scotch (well at least I did) until your liver joins the chorus- then you get up to learn how to Bollywood Dance.  I. Kid. You. Not. 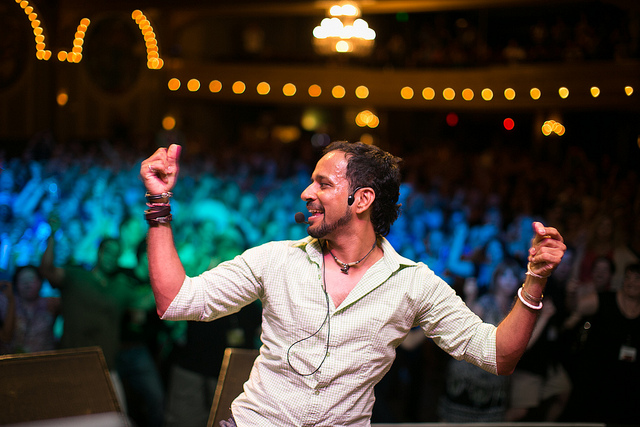 You can’t see me, but I assure you, I was the queen of Bollywood Boogie-down.

Last year, I was one of those folks who didn’t get tickets in time and promised myself I would not be lamenting my existence ever again and missing out.  That being said- I was still terrified when my last-chance opportunity came to snag tickets.  At about $500 a pop, I was checking out with PayPal and wanted to throw up.

When I finally got my ticket for WDS, my stomach was in knots not because of the price- but the fact that I would be surrounded by amazing thinkers, movers, shakers & mold breakers

…yet- I’m still in progress. Little did I know that being “in progress” is what it’s all about.

If you haven’t seen the website- the people who speak here would give TED a run for its money.  Philanthropists, best selling authors, big name bloggers & people who make a living simply by truly living.  I knew I had to be there, yet at moments, it seemed that their light would shine on my darkness and I would certainly have to get my sh!t together.  I knew that as freaked out as I was, it was the place to be.  I was right.

Some people said that WDS was their big “A-ha moment.”  Others said they finally found their tribe.

For me, WDS was like putting a pair of glasses on for the first time-

that moment of striking clarity when you had no idea your  vision was impaired, but now you see the world like never before.

I’m going to be honest- after the first few months of starting your own business when the newness and the “OH yes, I am a self-starter badass” euphoria wears off, you have that “Oh Sh!t” moment.  This happens gradually as you have to explain why you’re not using your M.A. degree (yes, the one that cost a lot) the way you intended, and that you haven’t signed up for servitude in a cubicle as planned.  You then get all panicky when you realize you won’t have health insurance unless you get serious and that you have to handle your own taxes.  It’s scary to go it alone, maybe one should reconsider for something, easier?

I love working for myself- but I quickly realized that if I am going to make my awesome life, well, awesome… I’m going to have to make some serious changes.  I’ve taken up running, have vowed to make family a priority, and as for the rest of my priorities- well-  that’s what WDS is helping me figure out.  There is no point in being a world-dominator if your own life is lackluster & scattered at the core- but more on that later. 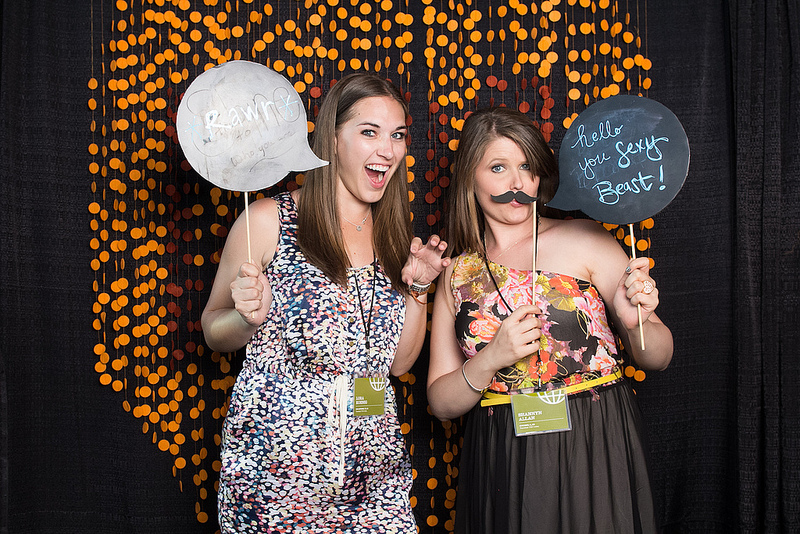 WDS makes you wanna growl like an animal. Rawr baby!

I got to room &  meander around Portland with fellow “Make Sh!t Happen” alumni, the fabulous Lora of LoraKathleen.com.  She was my partner-in-crime, beer aficionado & blogger-butt rater.   Not only did we get both VooDoo doughnuts & Rogue beer in the same day (we actually went to Rogue TWICE in one day and bought their beer THRICE), but we spent a good hour meandering Powell’s books like total nerds & having fan-girl moments while being our around our hero-bloggers like total gradeschoolers.  It. Was. Awesome.

Seriously- WDS is giving TED a run for their money.  We got to hear about The Power of Introverts from Susan Cain & The Power of Vulnerability from Brené Brown– two talks that were powerfully introspective.  Truth be told- I didn’t identify as an introvert before, (now I do) and I was moved by Brené’s admonishments about the true courage of being vulnerable. 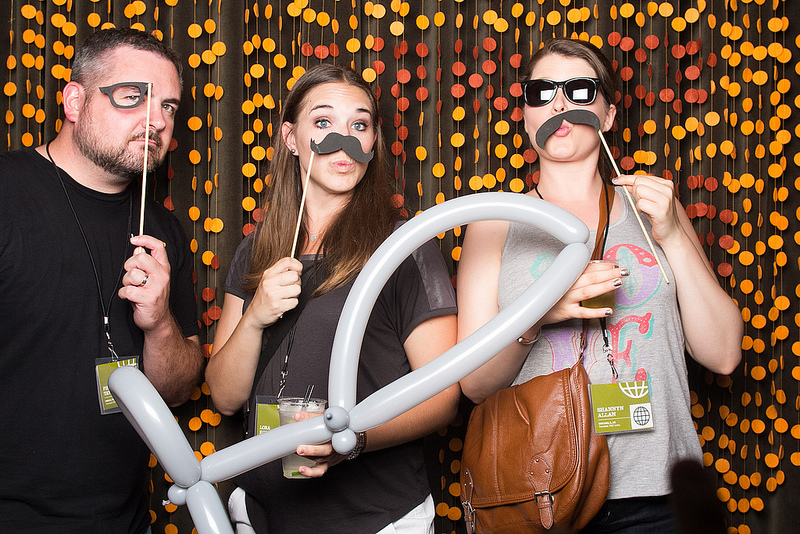 @PTMoney & @LoraKathleen.  They are awesome. @JeffreyTrull was too busy dancing to be in the photo.

Additionally, if you read my tweets, you know I’ve fallen head-over-heels in love with charity:water.  After hearing Scott Harrison, charity:water’s founder speak about their work to drill wells all over the world and give people access to clean drinking water, I was on board immediately.

Let me say, there is something totally soul-shaking about seeing a child drink dirty river water and becoming deathly ill because of it.  Charity:water has a “give up your birthday” program, that’s exactly what I’m doing this July 22nd. 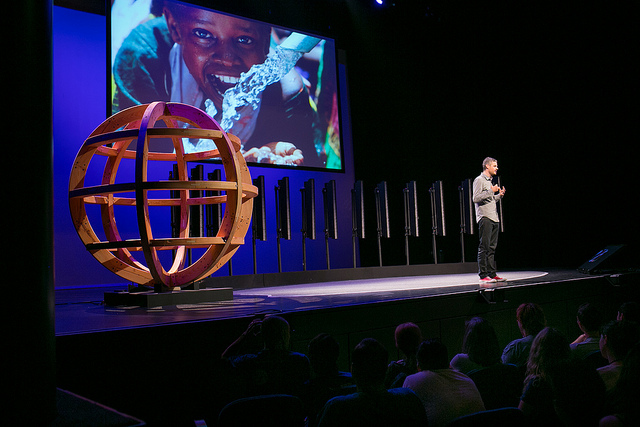 I gave up my 26th birthday for charity:water.  Please, if you can, make a donation- here.

So those of you who have heard of WDS before (and wanted to give me the middle finger for all my “zomg wds” tweets) tickets will go on sale this fall.  Those who attended this year were given the opportunity to purchase their WDS 2013 tickets in advance, so I already have mine.

Are you thinking about attending WDS?  My advice would be to get on the mailing list and mark down the EXACT DATE tickets go on sale.  This year they sold out in 20 minutes, I kid you not.  There are only 1,000 tickets and they’re insanely competitive.   If you’re even on the fence about it, I’d recommend you go-  it was worth every penny.

My Half Marathon Training Update: There Will…

PREVIOUS POST
"NO BIRTHDAY FOR ME! The Charity:Water Fundraiser"
NEXT POST
"Rehab For Couch Potatoes: What I’ve Learned From Running (Part 2)"
6 comments so far.

6 responses to “The World Domination Summit 2012: A Pair Of Spectacles For Your Soul”