You may have noticed I’ve been a bit quiet on the blog lately.  (Maybe you haven’t, y’all have lives).  It’s taken me over a month and now, a glass of $8 wine to get through this post, but here I am, cajoling myself into sharing.

The wedding is off.

There, I said it.  Yes, the wedding is off.  The wedding I’ve been saving up for, for well over a year.  The wedding I’ve build Pinterest boards for and planned for and poured myself into…that big event which has been chronicled on this blog until you probably wanted to barf in your mouth about my love of mason jars….. Yep, it’s not happening.

You know what? Despite the nights I spent crying on a friend’s air mattress after too many scotches on the rocks finally pried it out of me, after tiresome days of being brave, I did my crying and now, I’m doing just fine.  Even better still, so is he.  Turns out that sometimes, two good people don’t make for a great marriage. We’re both good people. Good people who wanted a great marriage, and when it became abundantly clear that we wouldn’t be able to have a great life together- we did the right thing, the hard thing, and called it off.

Weddings are expensive. Divorces are very common.  When I stand in front of the world, my family, friends and sign my life away in a legally binding contract that mushes our lives together in a court of law, I want to be sure we have every chance in the world that we are going to fight the statistics and make it work.  The odds are against every last one of us to make a forever love truly last “forever.”  I don’t have Britney’s legal team, so going into marriage flippantly just doesn’t cut it.  I took it seriously, very seriously.  Some folks simply didn’t understand that my vow, when given, is sacred.  To those people who misunderstood the impact of the marriage vows I would be taking- especially because I think I personally take them appropriately seriously, best of luck in your marriages, I’ll deal with mine the way I choose.

The last month opened my eyes.  When you go through something like this, you learn the hard way with what you can live with, and what you have to live without.  You discover things that fault your faith and show you who you are.  You start to realize that even people you knew wholly and truly, may have entirely different definitions of what “wholly” and “truly,” actually mean in practice.

I think someday, I’ll be able to talk about this more, but today is not that day.  I’ve rewritten this blog post several times and even now, it still doesn’t sound quite right.  Eventually though, when things settle a bit more, I think it will be useful to talk about this more- but right now, things are still too fresh, too raw.

Calling off an engagement seems to be one of society’s last taboos.  During this whole ordeal, I wondered if it would be easier to face everyone if I simply just got married, then dealt with the inevitable divorce.  Can I just say, looking back on it all, how ass backwards that is?  In fact, some people even implied that we should just “go on ahead with it,” knowing where it was headed.  How, honestly, is that a thing that people suggest? I don’t know about you, but I don’t have spare hearts to break and money to burn.  I’ve dealt with the shame, and the fear of failure, and especially, the sometimes cruel, pointed questions, to come out the other side and realize I have done the right thing.

It’s been a beautiful, tumultuous fall in Chicago.  Much like the season, my life has been reaping the harvest of the seeds we’ve planted.  In the reaping of what we harvest, you realize who your friends are, and thus, who they are not.  In the moments where I have felt alone and scared, and sometimes, even shunned, I’ve seen the tremendous good in people.  I can tell you, having been through this-  there is an immeasurable amount of good in people.  People will choose to do what is RIGHT, not what is easy.  People will choose acceptance, forgiveness and inclusion when often, it is much easier to choose to turn your back, or to pick sides.

Then again, there are also people who have a very “high school” way of dealing with things.  After the sting wears off, you realize that they never liked you anyway (surprise surprise!).  You’ll be glad you went to task of cutting the tall grass and breaking a sweat-  now you can see where the snakes are hiding, and that right there, is a great lesson to live, even if it hurts like hell at first.

As Maya Angelou famously said, “When people show you who they are, believe them.”

It’s funny, my now “ex” handled the situation much better than some of the folks we knew as they found out about the situation.  It was sometimes shocking and painful to discover folks who were all too quick to pick sides, throw stones or demonize the other.  I’m very fortunate that early on, we realized the senselessness of that kind of behavior.

Life is short, it can sometimes be cruel. Nobody in this whole world really knows what we’re doing (we’re all living this life for the first time), so let’s be kind and stick together.  The time for childish games and sides are better left behind on the playground, not in the practice of life.

Coming full circle- nobody is really good or bad (at least I’d like to think..with the exception of dictators, serial killers and all around assholes) but sometimes, they’re just not so good for each other.  This rings true for partners, for friends, for coworkers and for personal trainers and hair dressers. Sometimes, you just find that what works for a time doesn’t work for a lifetime.  That’s okay.  Forgive yourself and forgive the one you’ve loved and move on.

This blog of mine has been trickling in for weeks now.  I’ve updated only as much as I needed to, to ensure everyone I wasn’t dead, but I assure you, I was sort of dying for awhile.  I died, and I came back to life.  I don’t know what this life is going to be like- but through the pain, I emerge with gratitude, acceptance, hope, and most of all, love.  I refuse to let my heart freeze over with cynisism.  I have seen too much kindness, too much strength, too much humanity, to give up now.

In a weird way, pain has let me know that I’m still alive.  I have a heart that beats and people who love me.  I have about 3 years of amazing memories that will not sour, they are a part of me and I wouldn’t trade them for the world.  I have no regrets, and I hope in my quiet way,  in a very small, small way- I was brave, I was kind, I was wise, and I was loved.

Going forward, this is a new chapter for me. I don’t know what it’s going to look like for me, or for this blog, but I hope that you’ll be along for the ride.  When I have more to say on the subject, you’ll hear from me.  When I have other things to say, I sincerely hope that now that this giant lifebomb of a confession is out there, I’ll have the headspace to share it with you.

Yes, it’s been hard, but I’m okay. He’s okay. We’re okay…even if we aren’t really a “we” like it used to be.  Sometimes, when things don’t go as planned, you can at least take solace that you’ll survive, you did what you thought was best, and you did so in nothing but respect for each other in the hopes that friendship could be salvaged.  Hopefully, we managed to juggle all of that somewhat gracefully because we still wish to remain friends and we get along just fine despite the change in relationship status.  We march on.

Our choice not to wed has baffled some, but made sense to others.  In the end, we realized it was the right for choice for us.  Always, when given the opportunity, do what is right, do what is kind, do what is best, not what is simply “expected” of you.  Some people won’t understand that, but your life isn’t being lived for them. Our lives weren’t lived for them, they were for us and we made choices we could live with. 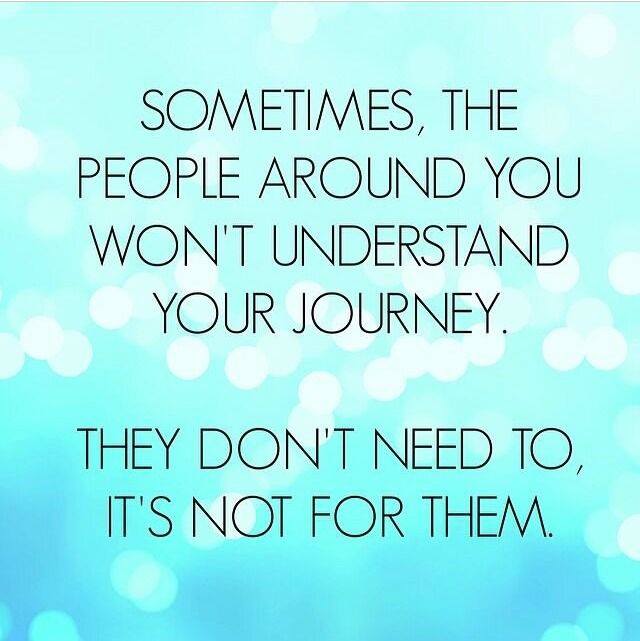 So, now that that’s out there…Here’s to the journey…

*later edit:  I really didn’t want to say much about this issue at all, like, ever.  But silence doesn’t always equal fairness.  I want to be fair, but I also think there is something that can be shared by talking about things like this.

Breaking off an engagement seems to be one of society’s last taboos, and something many people feel fear and shame around.  I struggled with whether to even talk about it this much on the blog for weeks, but for my sake, and the sake of any other person out there struggling with something like this, I write. We all benefit from transparency in the digital age…my life isn’t just a shiny collection of polished instagrams.  I’m human, I bleed.  I have my pain, but I have nothing to be ashamed of on this journey, and I have nothing to hide.

PREVIOUS POST
"From Work To Working Out- Flexible Fitness Gear With Lucy"
NEXT POST
"How To Make Cheap Wine Taste Expensive"
47 comments so far.

47 responses to “In Other News, The Wedding Is Off…”