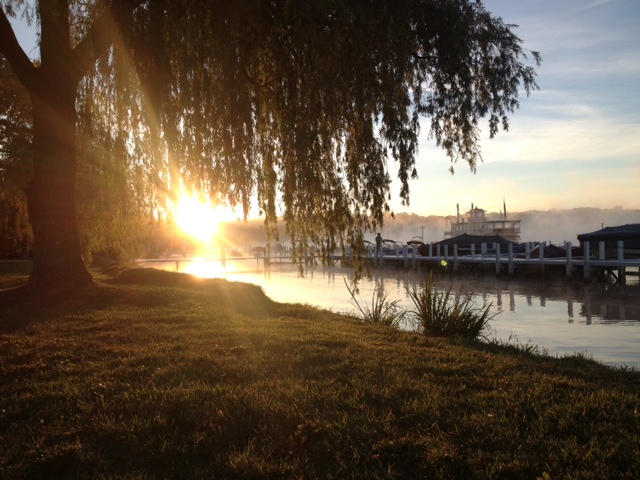 I finished my second triathlon sprint this weekend- the TriRock Lake Geneva and it was a doozy. Don’t get me wrong, it was an awesome race, but if there was ever a test of athleticism mine was more a test of grit.  I bonked, hard.  Not every race is going to be a race against time, some times, it will simply be you against yourself.  The weather was cold, the course was hilly, I had been feeling exhausted all week and it was an early 3am wakeup call- not sure what did it, but I’m glad I got through it! 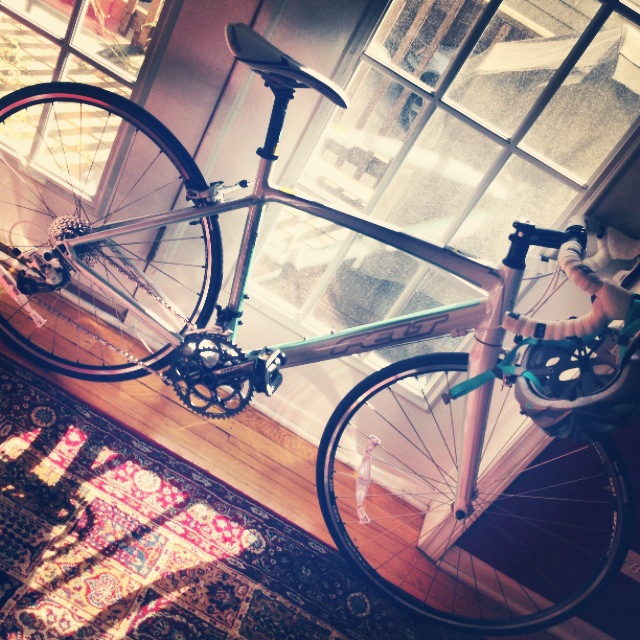 Meet Gretchen.  She was named via instagram and is the deliverer of both sore legs and good times.

Lake Geneva is a town of hills and it was a very chilly one on September 14th!  The race was delayed an hour due to cold and foggy conditions which made it too cold too bike and visibility nearly impossible for the swim.  I got through the 500 meter swim and really couldn’t breathe- I had to stop several times just to feel like I could get oxygen, I was totally disappointed.  I got to the bike, only to realize that I forgot my Gu and didn’t take in enough water to rehydrate.

The hills kicked my butt and I was beat- I actually had to stop several times at the bottom of hills to rest and the bike medics came to check on me- since there were no water stations on the 13 mile bike ride, they provided me with some since I didn’t have any on me… when I did Iron Girl last month, I didn’t feel this tired and dehydrated so going without for the bike ride wasn’t a problem.

Biking for me typically isn’t a problem, but it was a huge one during this tri, I felt like I was wearing compression socks my legs were so tired but I wasn’t, it felt like the muscles around my knees were in a vice grip.  Luckily, the bike medics checked on me, gave me a Gu and some water and I made it through a very tiresome 14.5 miles only to run up some hills and call it done.

It’s funny- racing isn’t always about setting a PR, it’s honestly about pushing limits and building your gumption.  Since I started running, I not only know what I’m capable of, but I know how hard I will persevere beyond the emotional and physical wall we all hit from time to time.

For the TriRock, I hit a wall, again and again and then I scaled it.  On 14.5 miles of tough, exhausting hills- I learned a valuable less

on that I’d heard so many times, but didn’t get until now:  “Pain is inevitable- suffering is optional.” 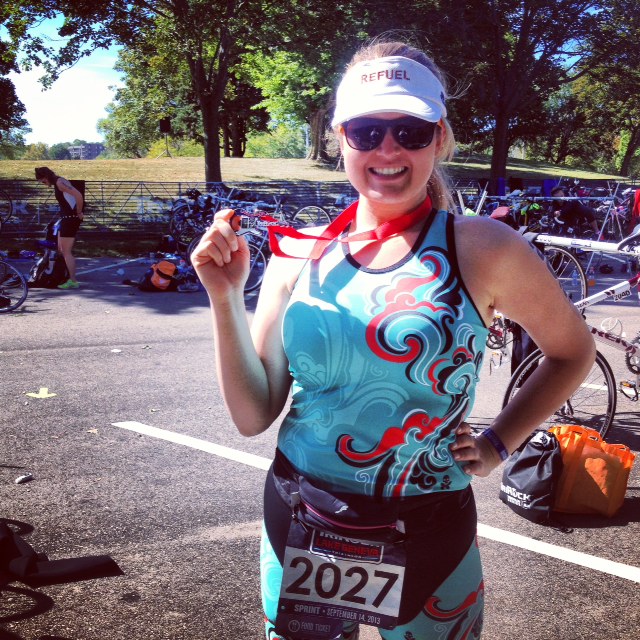 I was worse for wear, but every time the tears of humiliation, fear and near defeat welled in my eyes something in me kept going.  I was in pain, I was exhausted but I wasn’t suffering from it, I was going through it.  Honestly, that lesson was worth the journey.  You can totally bonk, but you’ll survive.

Your body can fight, but your mind has to be on board otherwise you’re allowing yourself to suffer.  When you’re out on a course for miles and miles with nothing but your brain playing whatever message you want over and over that’s all you’ve got to keep you going- make sure it’s a good message. 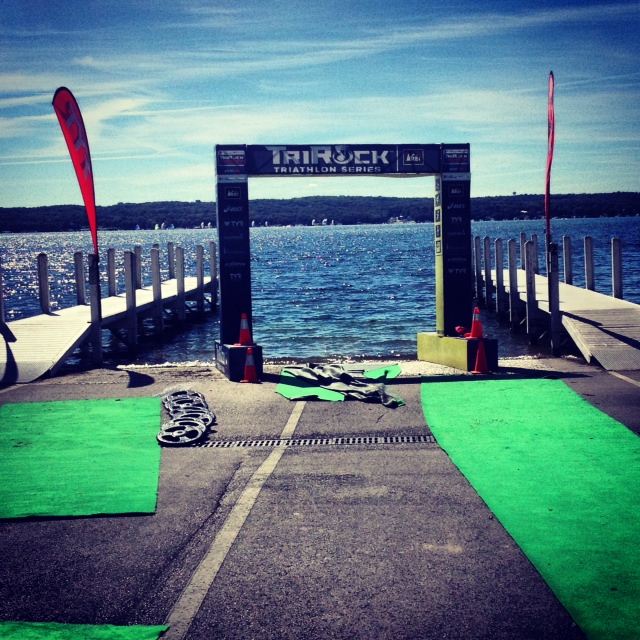 After a 500 meter swim, 14.5 mile bike and a 3.1 run on super crazy hills- Learning to be uncomfortable, embrace your own personal suckiness and pummel forward through exhaustion without indulging in my typical suffering, was worth every tiresome inch of that triathlon. 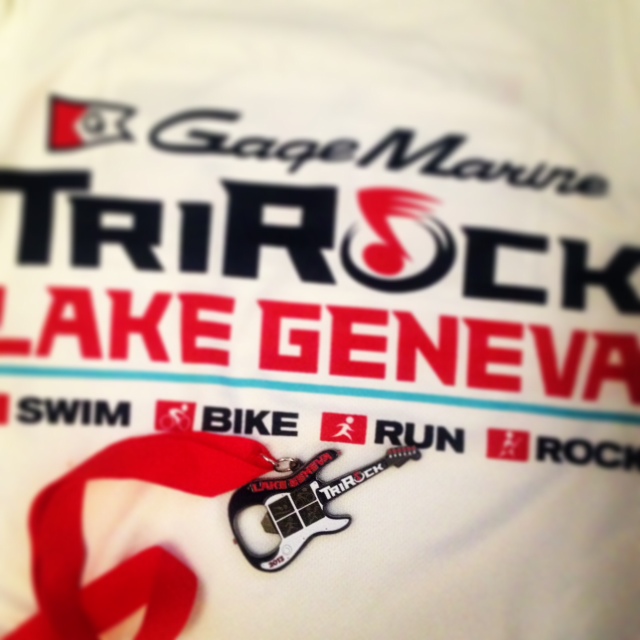 Oh ya, the bling was worth it too. Of course.

My time wasn’t impressive, it probably never will be. What I am impressed with was the fact I hit the wall harder than I have on a race but I still finished and fought for it with a smile on my face. I’m so grateful for all of the competitors and spectators who cheered me on and the two medics who took care of me with a much needed Gu and some hydration.  Hopefully, someday I’ll get to pass their kindness on!  Racing always teaches me something new about myself, and for that, I’m grateful.

The Nike Women’s Half DC Recap

So That Marathon I Wanted To Do?…

PREVIOUS POST
"Monogrammed Stationery/iPhone Case Giveaway with TamTam Design"
NEXT POST
"How To Get Brands To Notice Your Blog"
5 comments so far.

5 responses to “Learn From My Fail… Second Triathlon Done: The TriRock Lake Geneva”