Was Facebook Posting Private Message on Our Wall? The Debate Rages On 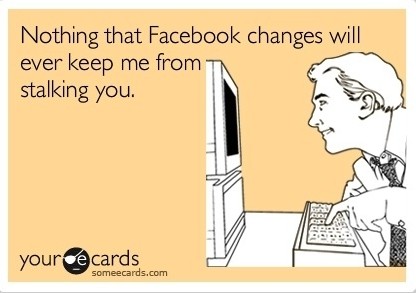 I’m not one to post unverified or controversial rumors on the blog, but this one has been bugging me so much that I couldn’t help but put it to the readers to see if anyone had updates on this.

Last week it was brought to my attention by a friend, that if you go through your timeline in some of the archived years on the right side (2011, 2010, etc.) that you could see all the wall posts in one place (cool.) but also, some of the private messages were showing up in the mix.
This started spreading like wildfire- and friends of mine were reporting that they had seen private messages appearing on their timeline in the archived section for years past, scary right?  For some people I talked to, very personal messages about their marriages, jobs, etc. were appearing on old sections of their timeline….and they swore up and down that this information would NEVER have been posted publicly via comments or status updates, yet they insisted it was visible.

Others, both that I know personally and on the internet, had claimed that no private messages appeared anywhere on their Facebook page than where it belonged.  Additionally, Facebook, TechCrunch & Snopes insist that this is just a rumor… so who to believe?

People have argued that we’re “technologically stupid” and don’t know the difference, especially over a long period of time, between what was posted publicly and privately or that this is just the act of panic from paranoid social media users.   I on the other hand, aired on the side of caution and hid my old wall posts in the archives just in case.

If you head over to Rage Against The Minivan, they include this pic with the article where they claim their personal messages appeared publicly…and feel free to read the insane amount of heated comments that follow!  It gets intense! 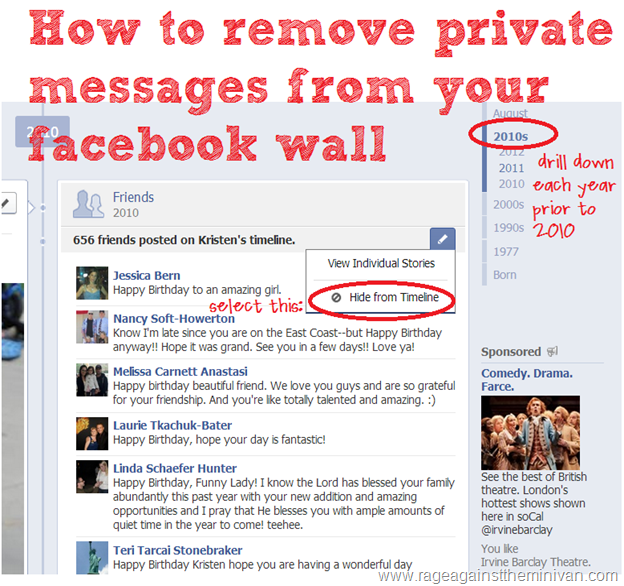 Again, I’m not sure if this is TRUE, yet a number of my friends (and commenters on RATM) have reported that personal stuff was leaked.  I have posted this to see if anyone knows the skinny or has feedback.

Please, do NOT panic and read through the article without freaking out since it’s a hot button issue where there is a lot of confusion…make your own decision and check it out for yourself!

Were you affected by the so-called “breach?”

Are You A Giveaway Maven (Or Do…

PREVIOUS POST
"How To Quit Drinking Soda (& Other Sugary Drinks!)"
NEXT POST
"My 5 Best Tips To Make Money Blogging"
7 comments so far.

7 responses to “Was Facebook Posting Private Message on Our Wall? The Debate Rages On”