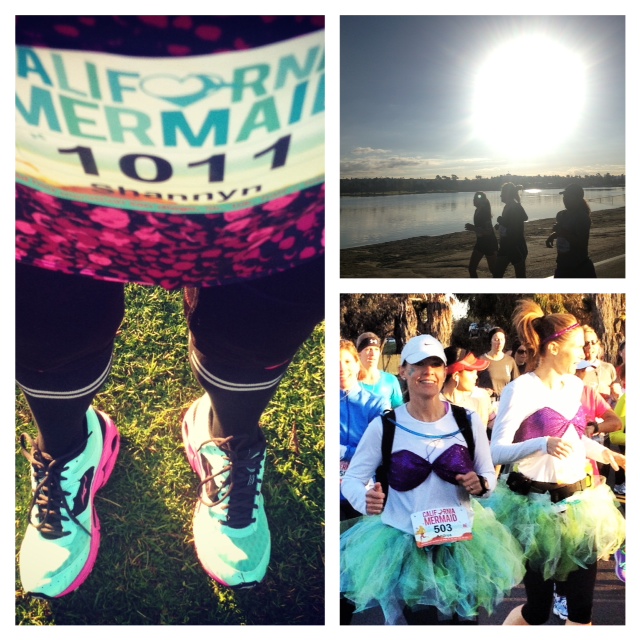 The Mermaid Series is a west coast event series that offers 5ks, 10ks, half marathons, triathlons and duathlons.  This last weekend, I headed out to Mission Bay in San Diego for a very fun, laid back 10k that was spent running around Fiesta Island and enjoying gorgeous, sunny day after a rainy week. 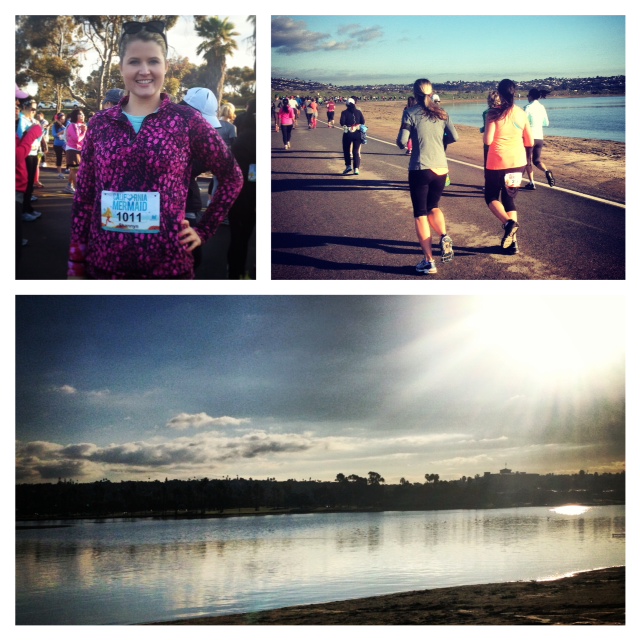 The Mermaid Series is perfect for anyone that wants to run a 5k, 10k or Half with a laid back atmosphere and a gorgeous view.  The race is still relatively small with about a 100-300 runners per distance, starting in about 20 minute waves.  The race itself is very casual and the announcer was hilarious- a few people actually ran onto the course after their wave had been released, starting their half marathon about 10 minutes behind schedule- haha!

The Mermaid Series does have a costume contest for the best mermaid dressed runners, but that was something I didn’t really pick up on until the night before- not sure why I didn’t realize you could dress up!  The race isn’t as large/corporate as some, but was well done for its size and you had enough breathing room on the course and in the starting corral to feel like you could breathe.

The race was a blast- I actually ran about 6.68 miles in 1:14, so minus the .48 I believe I PR’ed, hooray!  I stayed behind after finishing the 10k to cheer for my Kaia F.I.T. coach, Lisa, who was doing the half marathon.  She finished like a champ!   Before she finished though, another runner was near our cheering point, next to the finish line, and she nearly collapsed…I had never seen anyone suffer from an electrolyte imbalance, but it was frightening!  Luckily the medics were close and got her taken care of-  lesson to all of us, make sure you eat well and hydrate before a race! 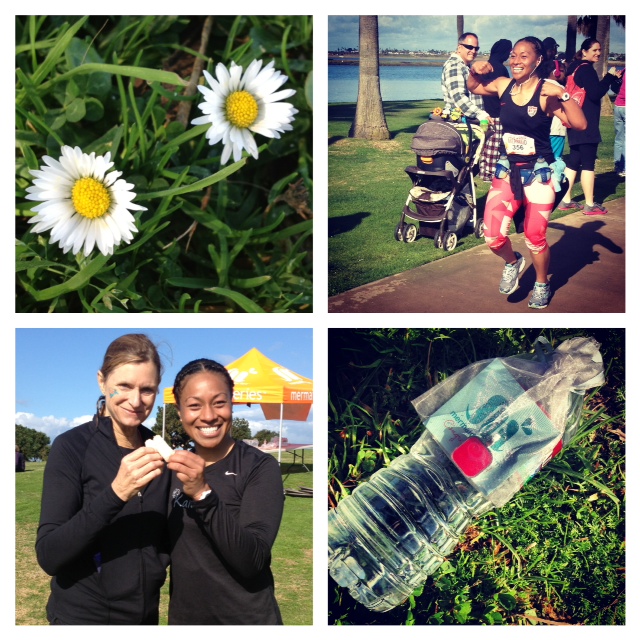 After finishing the race, everyone is handed a water bottle with their “medal” attached- great presentation.  The medal is actually a beautiful pendant- a great change if you’re like me and have a TON of medals.  I have to say, the tech shirt is one of my all time favorites- you just go up to the booth and pick a size (no signing up and committing to a size without seeing it way in advance) and it fits like a charm.  By far, this is one of my favorite race shirts yet. Isn’t it adorable? 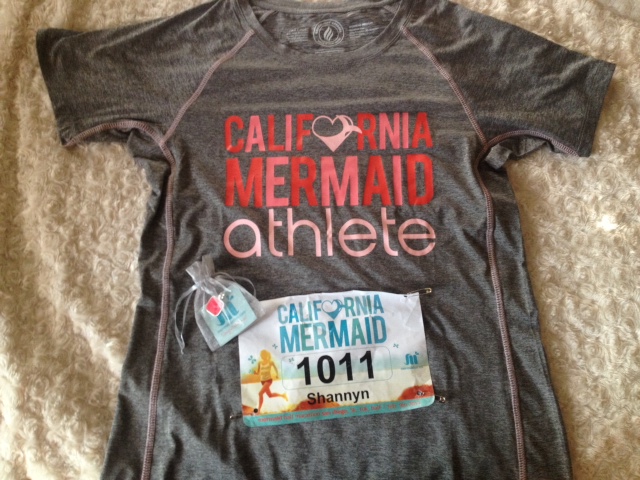 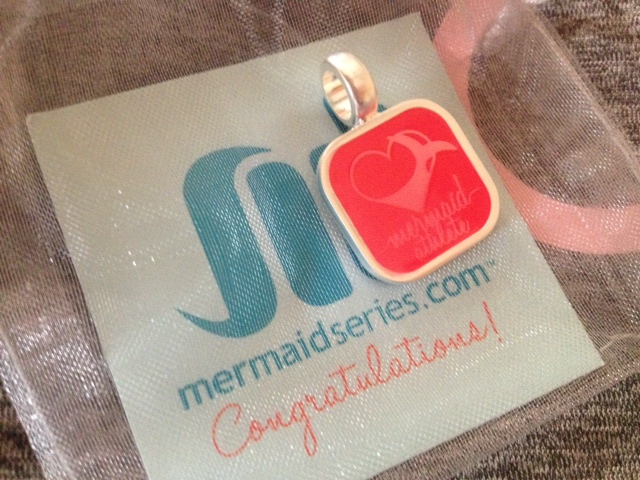 Personally, I love laid back races that are well coordinated- and Mermaid hit the mark.  I’ve done large races that are super fine tuned but you feel like a sardine in a can, yet I’ve also done smaller races that were more a train wreck since they didn’t have the (wo)manpower to have timely checkins, marked off courses & water stations.

The Mermaid Series had great swag, was well coordinated for it’s size and if you’re in San Diego and need a fun run that’s got some gorgeous scenery.

What has been your favorite mid-sized race?

PREVIOUS POST
"RunnerBox Review"
NEXT POST
"Health & Wealth: How Your Body & Your Wallet Are Connected"
0 comments so far.