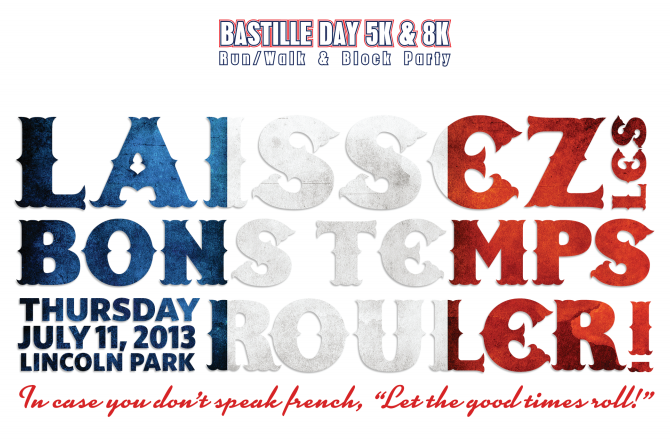 Okay, so I don’t speak French (despite being half Canadian) but I do love a good party and I’m SO down for a little bit of running, a little bit of boozin, and of course, hanging out to celebrate Bastille Day in Chicago!

So quick history lesson Bastille Day commemorates the date of the storming of the Bastille in 1789, a national holiday in France.  The Bastille Day 5k and 8k is a quick way to don a beret and drink some beer in the city of Chicago, since pretty much anything we do as runners for culture has to involve crazy outfits, post race adult beverages and a chance to do so while sweating.  Win. Win. Win. 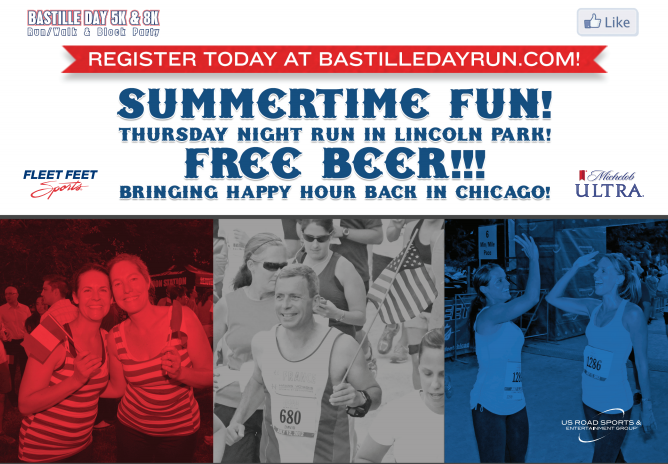 The Bastille Day 5k/8k will be taking place on July 11th (it’s a Thursday evening run…kind of a Chicago thing for summer which is awesome) in Lincoln Park at 7:15.

Did I mention there will be free beer and cabaret?

Ya, I’m totally sold.  Running, block party fun, music, beer, French stuff. I’m in wuv.  I cannot wait to do this race and I’m not even French!  I always want a chance to meet up with new Chicago runners, so this would be a fun run to do together… that being said…

We’re giving away one race pass for the Bastille Day 5k & 8k!

To enter, leave a comment to note you’ve done the following: (1 entry each)

Leave a comment below, say something cool in French (or Spanish…or German…) with a translation

Celebrate Back To School With Kmart $25…

PREVIOUS POST
"Google Reader Is Going Away…How To Save Your Blog Feeds"
NEXT POST
"Know Your Worth and Ask For More: A Follow Up For My Fitbloggin Presentation"
10 comments so far.