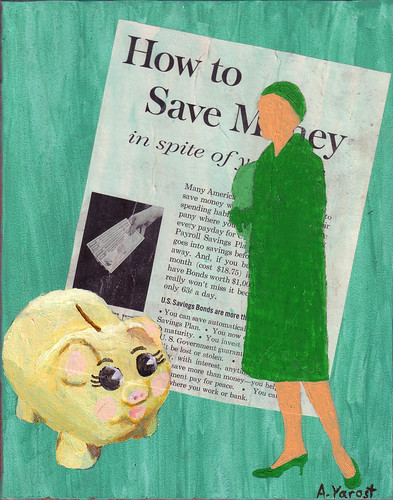 I’ve been living frugally and writing about it for quite some time. I had been vaguely frugal for some time, I employed tactics to save money but it wasn’t a matter of survival, but of course my situation changed as it did for many others changed in this new economy. Less than a year ago, my frugal tactics had to kick into overdrive as I very quickly had to adjust to life in a new city, with a hike in expenses (tuition=eek!), and a very, very limited income.

If you’re like most people that come to frugality out of desperation like I did, it can be an overwhelming experience. You find that you have to slash expenses and suddenly stretch every dollar out to it’s very limit. While I have since come to see frugality as a freeing experience, when I first started out, I made the biggest newbie mistake there is- I approached frugality as an act of desperation, deprivation and with a mindset of poverty and fear.

Frugality is usually employed to tackle problems- problems of limited income, increased expenses and to pay off debt from exorbitant living. I would say frugality is a great tool that can be quickly enacted in order to gain control of your finances, but it doesn’t always have to be. Whether you’re turning to frugality as means to stop your finances from completely bleeding out, as a response to changes in lifestyle/employment or simply as a prevention measure to ensure you can live comfortably within your means, if you approach frugality with a sense of “lack” or “deprivation,” you are doomed for failure- as focusing on what you don’t or can’t have will surely wear down your resolve and make you resentful of your situation instead of using frugality as a tool for empowerment.

I first heard the term “poverty mindset,” from Randy Gage who points out that often, we respond to life changes with fear, or feel that we have to suffer in order to eventually attain happiness. When we attempt to regain control of our lives, we often are in reaction mode- we beat ourselves up for getting in a bad position in the first place, perhaps we fear the future or develop anxiety that we will never “have enough,” and are victims of circumstance. While this is a normal reaction, it is a mindset that is cyclical and not condusive to progress. If you approach frugality with thoughts of “I can’t afford that,” “I can’t believe I went over budget again,” “I’ll never get out of debt,” and feelings of self-loathing, inadequacy and regret, you are missing the point- but it is a mistake many of us have made.

Frugality is a tool for empowerment. When applied to your life and finances properly, it enables us to take control of our spending, to identify our behavior patterns that are problematic, and also helps us cut the clutter out of our lives to pave the way for our long term goals. Frugality is not about scouring the dollar aisle to get products your don’t need to clutter up your life for some cheap thrills, nor is it about cutting back on everything and depriving yourself of basic joys in the name of saving money. Frugality is about setting priorities for your spending- priorities based upon freedom of action, and joy in your purchases. Frugality is about clearing out the junk– both literal and emotional in your life, to get down to your authentic self. Employing frugality allows us to reconnect with what really makes us happy.

Those who fail at frugality think that they need to cut out anything that isn’t essential to their survival- but completely cutting out all extra expenses, even the ones that really bring you joy will kill your resolve and make frugality unsustainable– much like going on a crash diet instead of simply incorporating healthier food or smaller portions to make manageable lifestyle changes. If you cancel your cable, make sure you’re doing it for the right reasons, not because you want to approach your finances like a tyrant and deprive yourself because you’ve been “bad” with your money in the past. If you could care less about TV or can find a cheaper way to watch your favorite shows, THAT is what frugality is about, not about denying yourself things that make you happy, it is about finding ways to make your money work better for you and cut out what doesn’t serve your greatest purpose. 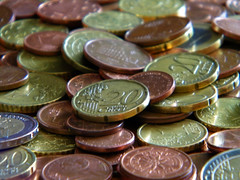 I made this mistake initially- I chided myself for my mistakes in spending. I made a budget that was half of what I was used to, and beat myself up when I didn’t automatically adjust. Mistakes happen, pat yourself on the back for taking control. If you’ve lived above your means, set goals for yourself, cut out what doesn’t matter to you, or serve your goals, and let it go. Find a few things you can afford that give you the most joy for the money you spend, and put your focus there. Whether that joy is from a pedicure once in awhile, putting $50 to your ROTH IRA or using it to pay down your debt- know you have to put a bit of joy in your budget, otherwise your frugality will serve no purpose.

Frugality will help you get down to your most authentic self and the goals and dreams that make you happy to be alive. Frugality is meant to reduce anxiety, not increase it! It helps clear out the negative behaviors that do not serve our ultimate purpose, and when the negativity and waste is cleared away, you will find ways to start accumulating wealth, better experiences, and more solid relationships with those you love.

Know that you are using frugality to make your money serve your priorities, it is not means to wealth- but it helps you clear out the negative clutter in your living space and in your head space, to make room for what matters most to you. Frugality isn’t just about budgeting, it is about donating what isn’t necessary to charity. It includes freeing up your time to focus on what matters to you and feeds your soul and purpose. Frugality is about cutting back on waste, not cutting out the fun in your life.

I admonish you to evaluate why you’re being frugal- set your highest goal and never lose sight of it. Give yourself a high five for being wise, and focused enough to recognize your responsibility in your situation, and smile because you have the power to take control and attain your long term finance goals while still incorporating the little joys that keep you moving forward (yes, even the occasional mani/pedi!).   Frugality isn’t ugly, it’s beautiful, and I promise- when you focus on the frugal beautiful you will get SO much more from it!

How To Know If You’re Overpaying On…

7 Stupid Easy Ways To Fix Your…