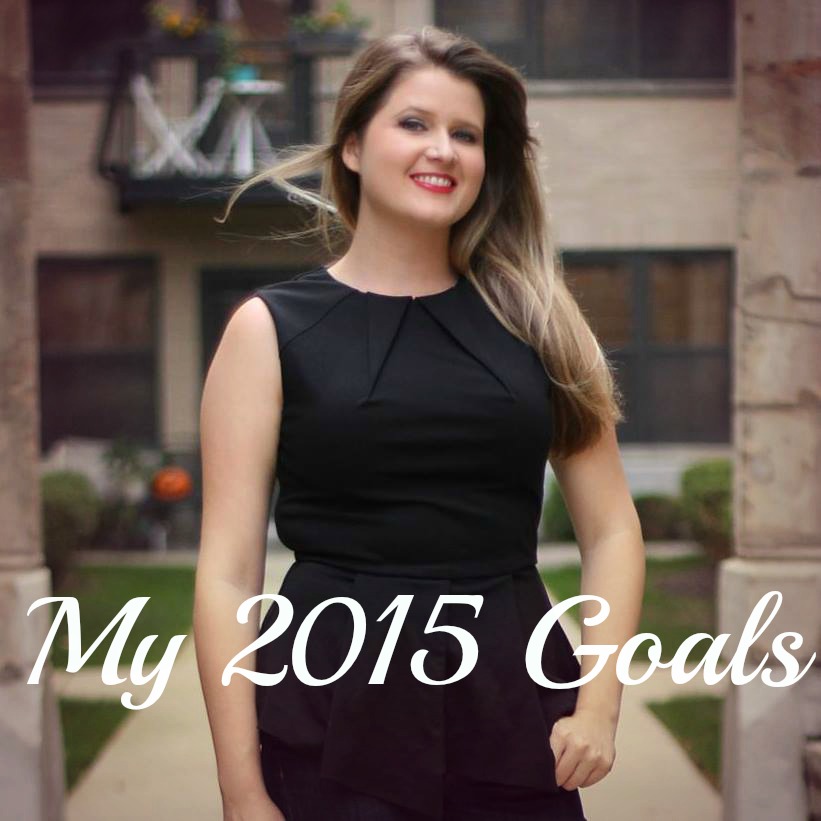 Goals. They’re a thing that seem to be going around this time of year.  Everyone makes ’em, everyone breaks ’em…so I approach goals with a anticipatory curiosity and I have to wonder- how will this year pan out?

Last year, my major goal was to hustle and save $20,000 in 2014– which I sort of, almost accomplished.  By December 2013, I hit about $19k of the goal, so it’s not a complete loss.  I also no longer have a wedding to plan for, so it’s going to be an exciting year of new experiences (you know, not wedding related experiences) and opportunities to really put that money to work- and not for an overpriced cake and DJ.

Or you know, I could just order a three tier cake and hire a DJ for an hour while I eat it, alone and totally obnoxiously satisfied.

Ya, I could totally do that.

So anyway- 2015 goals…I have them. They are good. I am excited.  I’m not sure how any of them will pan out because they are all totally out of my comfort zone.  I have a passport which I’ve never used which I originally got for a trip to Scotland that didn’t happen in 2013 and now it’s time.

I am ready for a year of goals, but I’m starting from a place of gratitude. Though I’m hungry to cross them off my list, I’m stupid thankful.  This time 4 years ago, I was just thinking of starting a blog. I was living off $800 a month in city that challenged everything about me (like checking the weather app each day, something I never did back home).  I was scared I’d made the wrong career decision and didn’t want to stay on for my Ph.D.  I finally decided that my life would be much better with a rescue pug and fostered an older pug, who I later adopted, Ralph- despite the warnings from my Dad that I didn’t need a dog or that an older dog would be a mistake.  At the time, I was in an unhealthy, one-sided relationship with a man I cared for deeply but didn’t return the favor.  I couldn’t touch my toes, I’d never tried to run a 5k and I got migraines every few weeks.

Am I where I want to be right now? No, and that’s a blessing.  Being hungry for challenge and having motivation is a gift you miss when it’s gone.  I have a whole new horizon to sail towards now and I sometimes have to remind myself that not having a map is okay- I’m not getting married this year like we’d planned.  I’m not sure what I’ll do on 6-6-2015, our intended party date, but I’m open to ideas…so feel free to leave them in the comment section below. 😉

Now, onto the goals…

Invest My Wedding Fund Into Stocks

This makes me want to barf.  Oh my gosh does it ever. Not the fact that I’m not getting married, but that I’m doing something unfamiliar with it and in a large quantity. (Go big or go home?) I’m not sure what frightens me more- saying siyonara to $10k or the actual idea of investing it.

I will not be paying for catering, a DJ or fancy stationary this year.  I guess I will take solace in the idea that I won’t be investing into a partnership, I’ll be investing into my future.  I have no idea what I’m doing, but I’ll be turning to some of my wiser, more stock-seasoned friends for guidance.  My goal is to have this sorted out by March or April and then throw the money into an investment account and run away screaming.  Wish me luck! 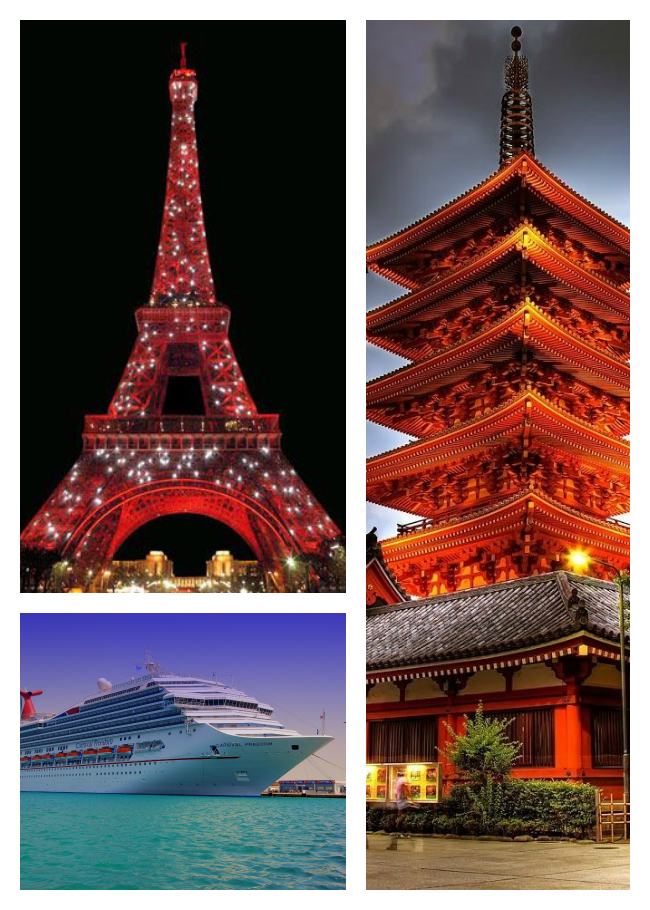 Use My Passport & Get Over My Overwhelm To Plan A Trip

I have a passport that I’ve never used. Sad right? I have never been out of the country beyond a brief drive into Mexico and a cruise to Canada. This is a thing that needs to change in 2015.   A friend of mine (Hi Linds!) recently went to Europe and her Insta of the Eifel Tower sparkling in LED at night quite literally took my breath away.

I want to go to a tropical resort (suggestions) and eventually work my way to Japan, but Japan will be a 2016 trip that takes 2-3 weeks methinks…Japan is the ultimate bucket list trip.  This year though, I need to figure out a place to go, how much it’ll cost and I am pretty overwhelmed on where to start, and where to go. How does one decide on where to pop her passport cherry?  Halp.

Maybe I should plan something for June.  June 6th specifically.  Maybe it should involve scantily clad fellas or a beach of some sort.  Maybe lots of adult beverages.  I’d like your thoughts on that.

I currently have about $5k in an emergency fund from last year’s $20k in 2014 goal.  I will need to put a few hundred from each paycheck into the emergency fund but since my expenses have risen (hello new neighborhood and life circumstances!) quite dramatically, and I want to travel- it’s going to be a heck of a challenge.  I’m going to have to hustle. hard.

I have already set up automatic “payments” (as I call them, they’re really just money transfers but in my head I treat them as a bill) to my special savings account (which I highly recommend Capital One 360 for this!) and as long as I don’t make any premature withdrawls (hello, unnecessary shoe shopping habit) I should be on track.

I want to start going to classes for fitness or doing my workout DVDs again, but for now, I’m taking a few minutes each morning to stretch every day- my back, legs, hip flexors.  Not every goal is going to be big and scary- I would rather have a little habit which makes a big impact and stretching is one silly little thing (like flossing) I know I should do, and would be super easy, yet I don’t do it regularly and I am so inflexible.

Here’s where I will be brutally honest- breaking off an engagement in 2014 was difficult, but luckily I had the support of many friends and loved ones to get me through that time.  Without the folks in my life, I would not have stepped out of that chapter with even a shred of grace.

I will say though, I have amazing friends all over the country and all over the world- but I don’t feel I have a core of really close friends here in the Chicago area that I could call on a moment’s notice to go grab a drink or help me clean out my closets or whatever else I feel like doing locally.  Being totally transparent, there were times I knew I could reach out on the phone to any number of amazing people who would take my call- but when I broke up with my fiancé, it put a weird strain on many of the local friendships I had developed.

Yes, people somehow believed they should take sides or avoid the two of us entirely despite the fact we ended on good terms. I can’t entirely blame them, nor do I harbor any hurt over it, but I will say I learned a valuable lesson- have a tribe in your own zipcode. I want to focus on cultivating relationships all over the board, but I do need some folks I can ping at 3pm on a Wednesday and say “Who is totally up for happy hour tonight?” since right now, I work all the time and that type of clique is not a thing I have.

Ya, I feel like the new kid at school all over again, but I want to foster relationships locally and I need to get over the weird stigma I feel in admitting that.  I have the most amazing people in my life but I need to take responsibility to cultivate relationships here and afar and I hope I never rest on my laurels on developing friendships again if I get into another relationship.  The importance of friendships in your life cannot be understated!

So much to do this year and I’m not afraid to admit what’s in my heart anymore.  Finances, fitness, friends and travel…it’s going to be a whirlwind in 2015, thank you for being along for the ride.

Five Business Books to Get You Motivated