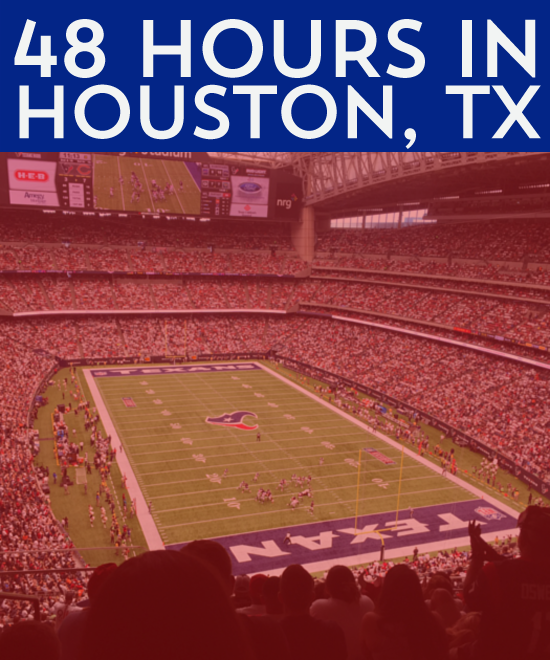 Texas sometimes feels like it’s own country. If you’re not too familiar with Texas geography- here in San Antonio, deep in the southern heart of the state, we are within driving distance of Austin and Houston.  We hadn’t had a chance to see much of Houston beyond our one trip last year for a friend’s wedding, which primarily consisted of hotel shenanigans with friends to celebrate the couple.

A year, later, we were hankering to visit Houston now that we had made the move to Texas.  When we realized that the Texans were playing the Bears, it sealed the deal.  In Chicago, it was always too cold and vastly too expensive to see a game at Solider Field, so we were itching to take advantage of Texas prices and a stadium that was gloriously temperature controlled.

So, we set out for a fun weekend in Houston- hoping to nosh on some deliciousness, cheer on the fella’s chosen team (bless their hearts), and see some sights.  Here’s what we did:

Stayed with our pups at the Royal Sonesta Houston 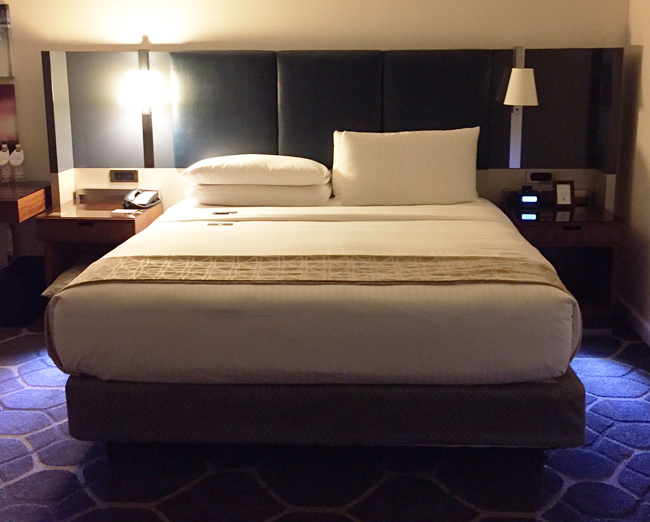 Yep, the dogs were quite popular with the guests, and it was easy to take them in and out of the hotel for walks.  Luckily for us, our rooms were on a quiet stretch of rooms so they could relax, and the king sized bed made it comfortable enough for us to snuggle.

Needless to say, we put a bottle of wine in the mini fridge and I did one of my favorite things to do at hotels- take an opportunity to binge watch tv I don’t have at home!  Guilty pleasures abound. 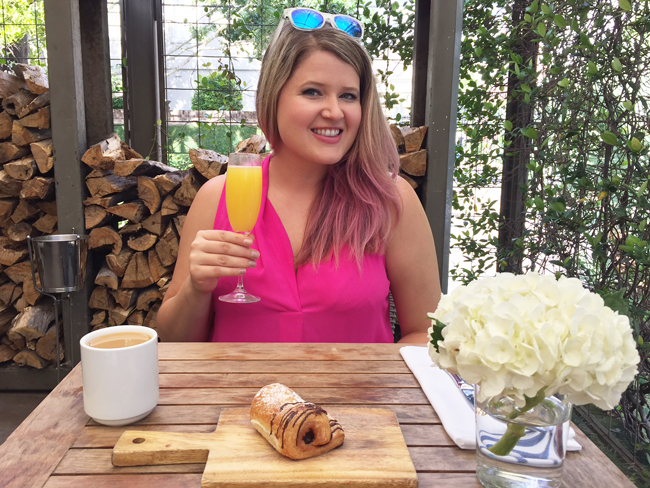 This place is straight out of the Hamptons.  If you are visiting a new city, be sure to check out their local visitor’s bureau- their suggested itineraries can be super helpful. I feel we would have missed this gem had it not been for the information we got from Visit Houston. 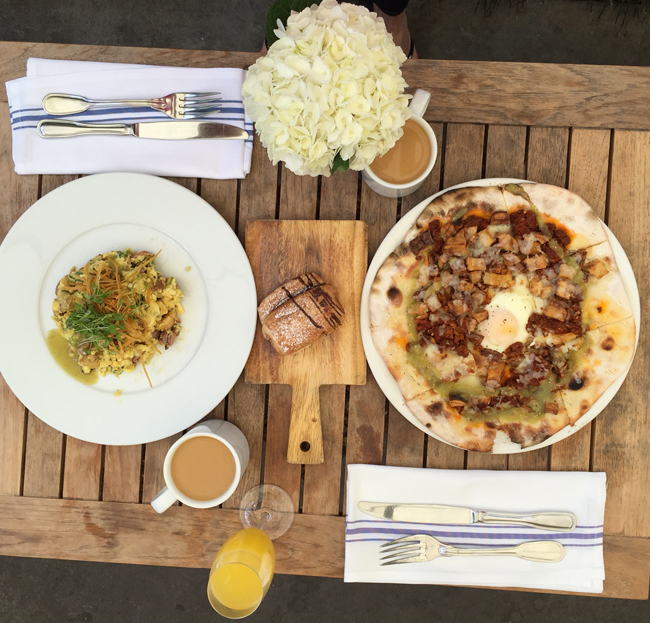 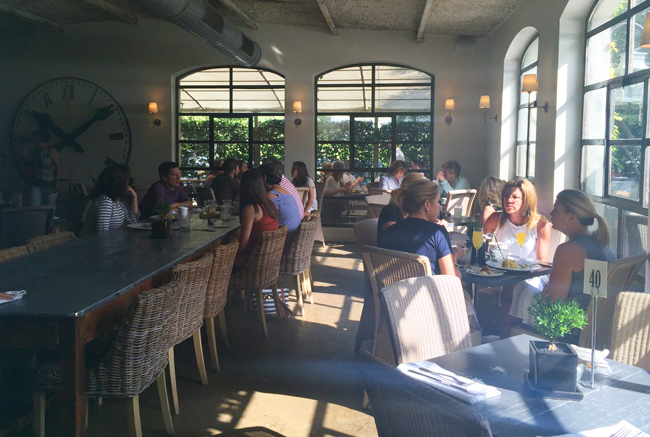 Don’t go it alone, the tourism boards want you to have a great experience, so check out their website or reach out, they may be able to help sort out the best pet friendly hotels or suggest places if you have something quite particular in mind for your visit.

Regardless of when you visit- I would recommend Tiny Boxwoods.  You can brunch and meander right into a garden center that’s connected to the restaurant.  It took willpower not to leave with a bunch of succulents and wicker baskets!

Hit up the Texans Game 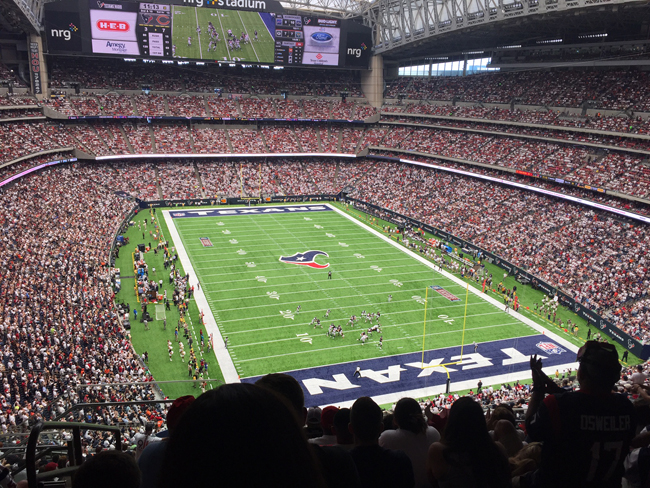 Houston is hosting the next Super Bowl, and I will tell you, the climate controlled stadium will be a relief for players and attendees alike! I’m not one who revels in the freezing temperatures of Soldier Field back in Chicago (which some diehard fans seem to brag about), so we had quite a comfortable game. 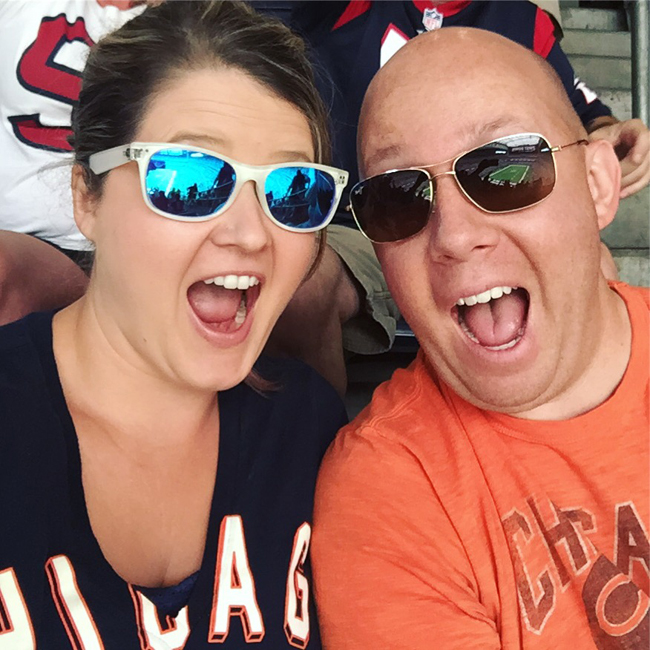 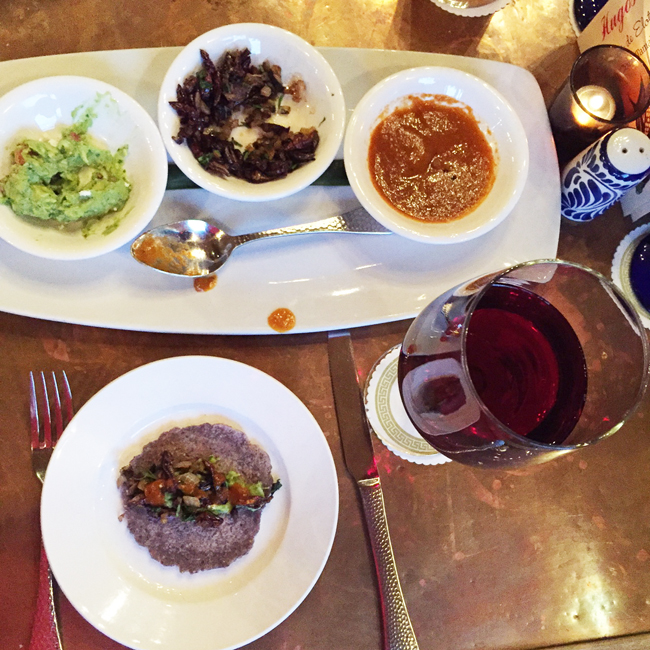 Last year at SXSW, I attended a panel about the importance of representing indigenous culture and food at restaurants, and heard that grasshoppers, a common and popular snack in Mexico, were beginning to pop up in the states.  I waffled on whether to order them, but was compelled- and I will tell you, grasshoppers that are sauteed in champagne and served with taco fixings were pretty scrumptious. 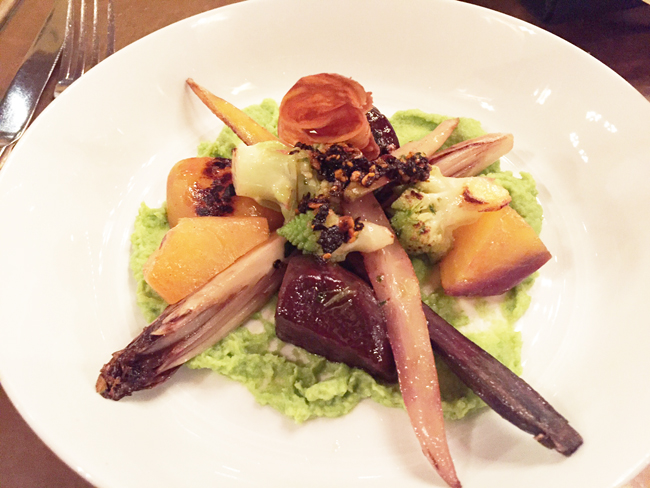 We also ordered goat that came wrapped in a banana leaf and was cooked to perfection.  Hugo’s has been recognized as a must-see in Houston, and I get why- it’s Mexican food like you’ve never had it before.

There is so much more to Mexican cuisine than tacos and enchiladas, and the James Beard recognized chef who created this scrumptious menu is the perfect tour guide for the culinary roads less traveled- Hugo’s was the perfect capstone before returning home the next morning. 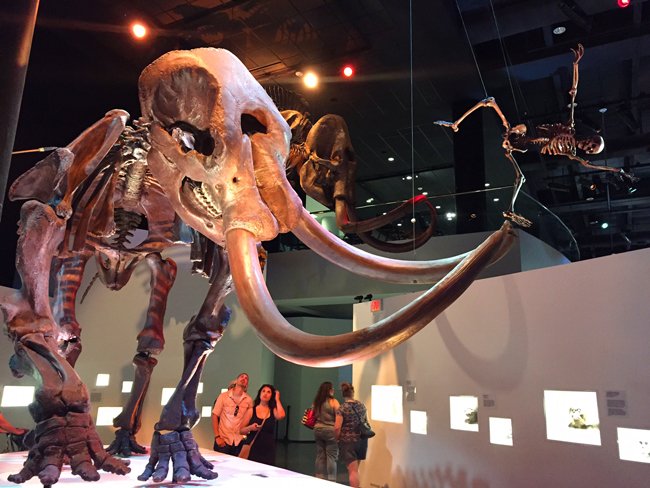 We wanted to take a walk on the wild side at the  Houston Museum Of Natural Science, with some fabulous fossil exhibits and a journey through various quirky curiosities and a wee bit of Texas ecology too.   I got to learn a bit more about the painstaking process it takes to cultivate and farm pearls and the various shells you can find around the world.

Honestly though, my favorite part of the museum was the gem vault that was filled with the most beautiful geological formations.  I could have spent all afternoon in there looking at the shiny things- rocks and gemstones are absolutely fascinating! 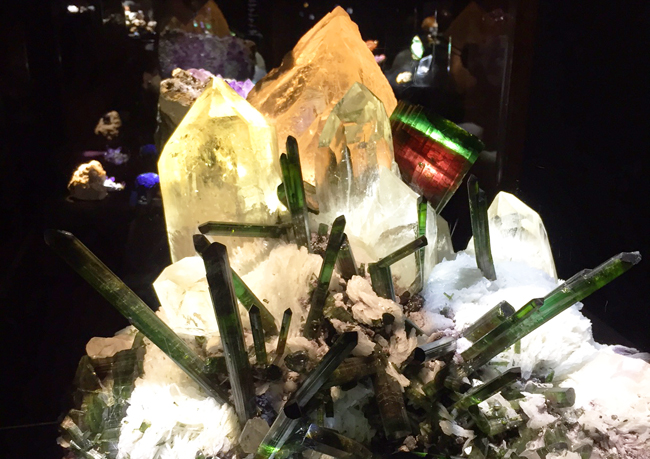 Oh ya, and then there was a gift shop too, and it was so ridiculously fabulous things that I wanted to spend all my paychecks on- like giant quartz chunks (yes, I need those) and porcelain unicorns to go along with one of their Cabinet of Curiosities exhibit. 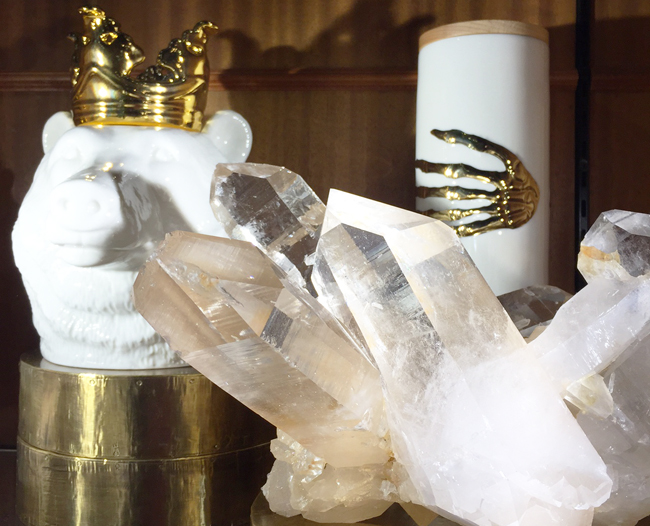 Houston has a lot to offer- it’s a big city with a lot more to do than what we were able to cover.  It has something for everyone with major league sports, yummy restaurants, tourist spots and plenty to sip on while you’re there.

I have a feeling we will be back for another 48 hours as soon as we can, since we only got to touch the tip of the iceberg in Houston, and maybe, just maybe, in 2017 the Bears will get it together for the next season…but if not, we know we’ll get our own win with time spent in Houston!

Disclosure: I partnered with Visit Houston to help coordinate a trip and was provide with assistance and information for activities during our visit.

Europe Here I Come! Flying Across The…

PREVIOUS POST
"Tips To Pick A Dog Friendly Hotel – Our Stay At The Royal Sonesta Houston"
NEXT POST
"12 of the Cutest DIY Couples Costumes"
2 comments so far.