Five Ways to Have a Frugal Halloween 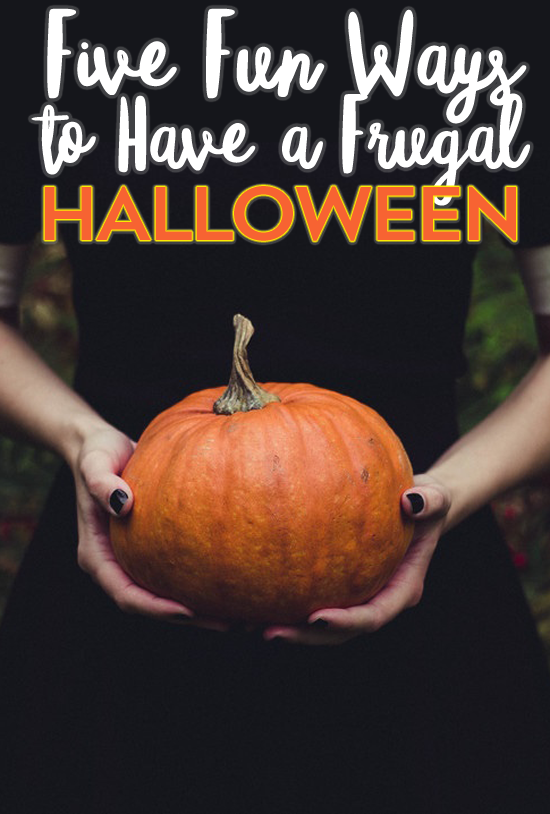 Like every holiday, Halloween has become commercialized. As a kid, it was about trick-or-treating in your neighborhood, trading candy between your friends and sneaking in bites when your parents weren’t looking.

As an adult, Halloween has become a huge party. But if you want to recapture the fun of your youth and embrace a frugal side of the holiday, read our tips below.

Make Your Own Costume

We’re all old enough to think of costume buying is something you do on your lunch break. You drive out to the nearest Party City, pick up something that costs more than the last pair of slacks you bought and proceed to wear it for one year. No fuss, no muss.

This year, let’s take it old school. Making your costume is a fun and frugal way to enjoy Halloween, be creative and save money. One of the best costumes I ever saw was from my friend Ryan, who dressed up as the “Pure Michigan” ad. He played the video, complete with Tim Allen’s voice, all night on his phone and had a cardboard cutout of the state. It was simple, hilarious and effective. I haven’t asked Ryan, but I’m sure it was a cheap costume.

If you’re used to hosting a blowout bash, but want to save money this year, ask your friends to chip in. It’s much easier to make one great dish instead of trying to feed and serve alcohol to a large group of people. Those who don’t have any culinary skills can bring plastic plates or wine. Plus, it’s a great way to see who among you is a secret master chef.

You can set up a Facebook event for your party and ask people to contribute appetizers, side dishes, entrees, desserts, paper and plastic products and alcohol. That way, you won’t get five types of brownies and guacamole without chips. Who knows, maybe you’ll start a new tradition amongst your friends.

One year, my friend Ellie went as a character from Wes Anderson’s “Moonrise Kingdom.” She had made the costume herself, painstakingly gluing feathers to a leotard.

The next year, a coworker of ours asked to borrow the costume for a Halloween party she was going to. Ellie had another costume that year, so she didn’t mind. Win-win. Your careful masterpiece gets another chance at the spotlight and your friend doesn’t have to spend $40 on a sexy schoolgirl outfit.

Every year, it seems like the holiday sales begin earlier and earlier. This year, I swear I saw Halloween candy on display in August. Instead of indulging early and paying premium prices, do what my husband and I do. Every Nov. 1, we go to the store and buy leftover candy at cheap prices.

That’s also a great time to pick up costumes that are still laying around. You’ll get a great deal and won’t have to worry about what you’re wearing for next year’s Halloween.

Frugal Ideas For Winter Fun on a…

One response to “Five Ways to Have a Frugal Halloween”