I’m Going To Disney World & I Have No Idea What To Pack! 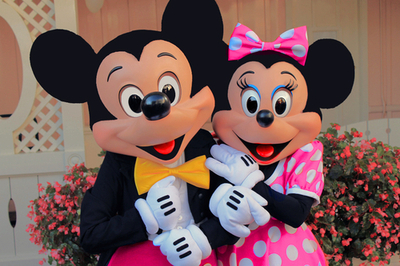 I have been procrastinating a bit on my Walt Disney World trip. While I’ve been lurking on Pinterest and the Disney Parks blog, I’ve been limiting the giddyness in order to get through the workweek and actually have the focus needed to get things done in a timely manner.  I leave in the wee-morning hours of Tuesday the 19th, and I haven’t even considered what to pack.

I’m going to be staying at the fancy pants Saratoga Springs at Walt Disney World and celebrating a belated Valentine’s Day with the boyfriend..not sure if we have anything too fancy planned (it’s a surprise!) but I want to look nice for pictures and dinners, but practical for warm Florida days.

We’re running the Royal Family 5k and the Princess Half Marathon but beyond the running gear, I have no idea what to pack and what to bring.  Running half marathons is now getting to be a practical and predictable endeavor in terms of packing, but the rest of it has me scratching my head.

I’m not only completely baffled on what to pack, but I’d also like some advice on things to do at Walt Disney World and some overrated stuff I should avoid.

My boyfriend has been to WDW several times, I have never been.    I have budgeted $650 (which seems like so much in “real world” and “nothing” in terms of a Disney vacation) for food, fun and miscellaneous shennanigans.

So, I need your advice-

What are Walt Disney World MUSTS to do/see and what attractions should I avoid?

18 responses to “I’m Going To Disney World & I Have No Idea What To Pack!”