Okay, I seriously am the luckiest girl in the world.  At the last minute, I snagged a spot at a very special event for the Tinker Bell Half Marathon 2013 weekend-  the #tinkhalfmeetup hosted by runDisney!

This event is really hard to get a spot with- usually, about 2 weeks before any runDisney half marathon weekend, they’ll post on their blog with the details and RSVPs- spots go SUPER fast with only about 30-50 or so.  If you happen to get in under the wire, you are invited to attend a sunrise run with Jeff Galloway and the runDisney team before the parks open. 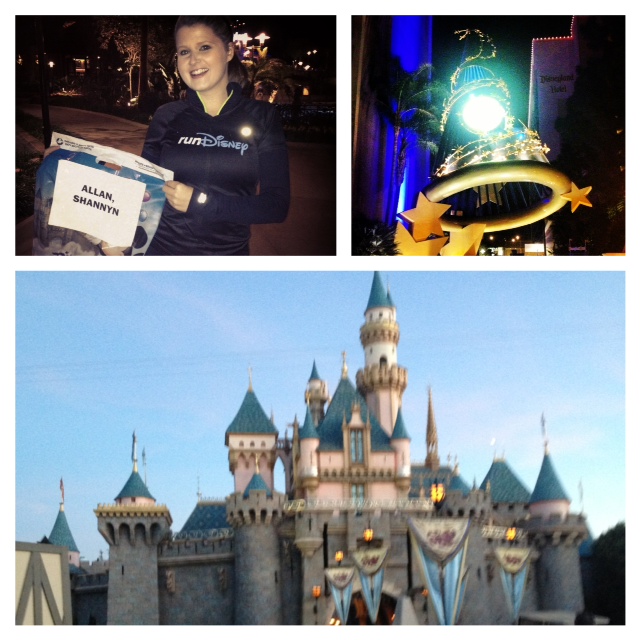 The Tinker Bell Half Marathon 2013 meetup met in the wee-morning hours in front of the Disneyland hotel.  We were all given runDisney shirts and started chatting before running down the slick streets of Downtown Disney and into (gasp) Disneyland itself.  It was an amazing treat to run through the parks, pausing for pics with Tinker Bell before dashing off into California Adventure for even more fun stops and surprises!

In California Adventure, we circled around to meet some of favorite characters- Mickey, Minnie and Goofy after finishing a 2.8 mile run (and my GPS got paused, oh well Nike+ you win!).  After hydrating, smiling with Mickey and getting more time to socialize- we found out we were in for a treat- we got to head over to Carsland and ride the new Radiator Springs ride with yes, NO LINES! 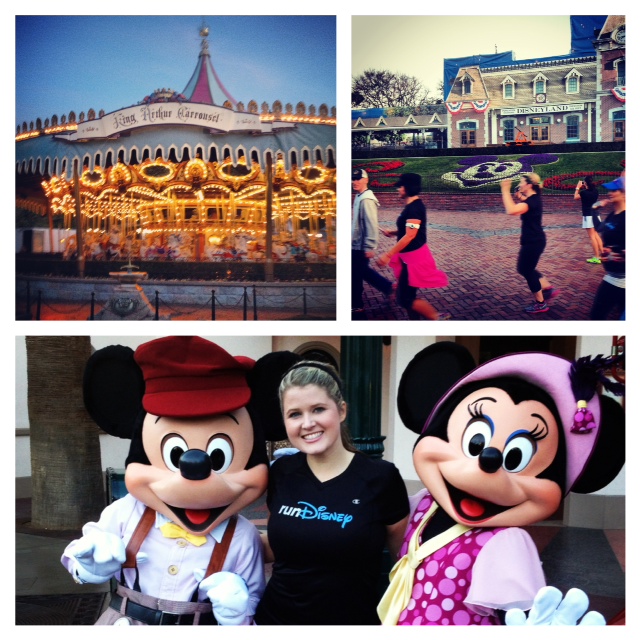 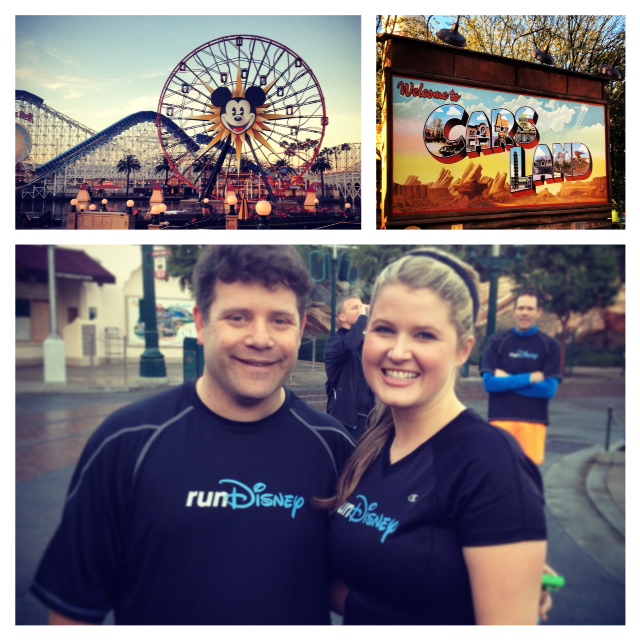 Oh, did I mention I got to meet Sean Astin? I can feel the high fives through the screen from my fellow Lord of the Rings fans..he is uber nice- especially since I was so stupid excited in the first picture I looked just a wee-bit-scary.  😉

We then finished off with breakfast at the Napa Rose and got to hear some of the fantastic runDisney team members talk about the races, what’s coming up for runDisney and even had some fun stories and nutrition tips as well- it was a blast!  They even raffled two of the brand new, hard to grab New Balance Mickey and Minnie Shoes… one of my twitter buddies won a pair, though I did not! 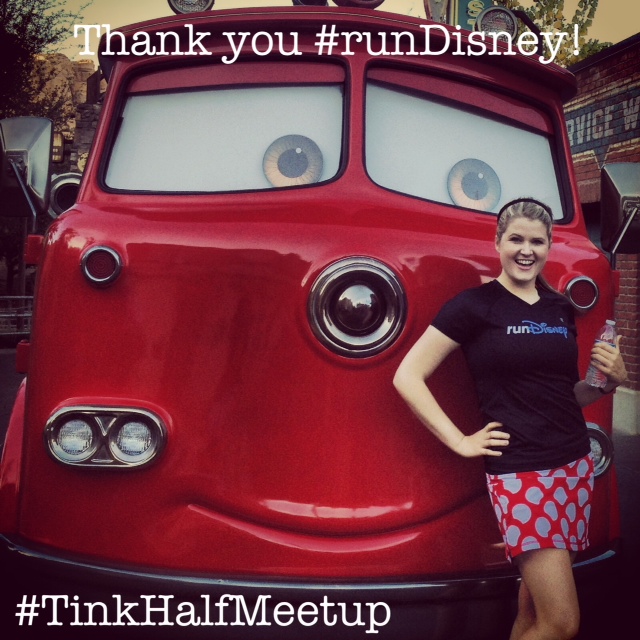 Anyone at the Tink this weekend, please say hi!

Disclosure: I purchased my ticket for the Tink ages ago, but recently was invited to attend the Tinker Bell Half Marathon weekend as a media guest.  My hotel and park tickets were provided by runDisney, but I assure you, opinions are 100% mine and my exuberance and enthusiastic review are were no way influenced by a third party, my giddyness for runDisney  is all me!

5 EASY Healthy Habits You Can Start…

PREVIOUS POST
"Planning For A Run Disney Half Marathon- An Exclusive Interview"
NEXT POST
"The Tinker Bell Half Marathon 2013 Race Recap"
19 comments so far.