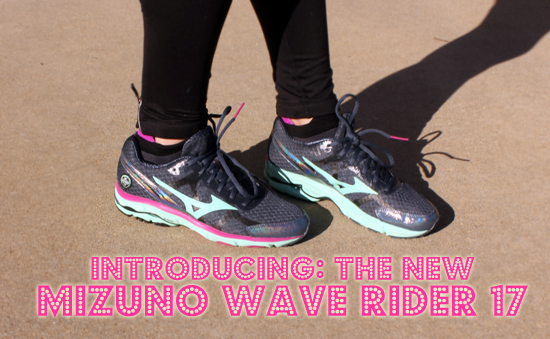 I have tried shoes.  Shoes upon shoes.  Shoes that had color combos and cushy soles that would make my heart sing.  Sadly though, you can’t run on aesthetics alone, as my knees would attest, and I have to be very particular about my shoes.  Since I got fitted for shoes to train for my first half marathon back in 2012, my Cinderella shoe has been the Mizuno Wave Rider.  Even in moments of doubt, when I had an injury, my “shoe doctors” at my local run shop agree- the Mizuno Wave Rider is *my shoe.*

While I’ve run in the 15s and 16s, but the 17s make me giddy. They not only have the color combos a girly girl like me loves, they just fit right- and now, they’re lighter than ever with even better flex.  The design from the 15s to the 17s has improved tremendously. 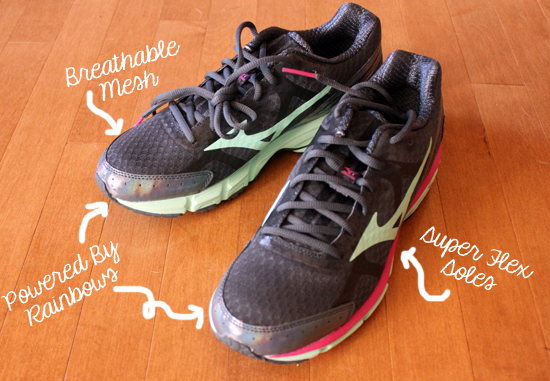 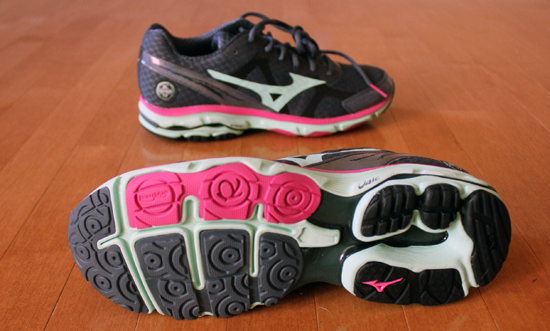 The base of the shoe has a new grid pattern that amplifies the flex- the shoe looks lighter, feels lighter and even the soles are much cuter with this version. I know that you don’t notice a difference if you haven’t run in these shoes, but trust me, I’ve had many, many early morning races starting at these puppies- I LOVE the new soles.  They look and feel so much more attuned to my foot.  Love. Love. Love.

While I loved my first pair of running shoes, the uppers were this weird, chunky mesh that I wasn’t fond of and the color combinations weren’t so great.  When I used them in a mud run, the holes of the mesh were so big that rocks got inside my shoes from the tops- not good.   The shoes sometimes felt stiff and while they were my Cinderella shoe and helped me run pain free, the 17s are an exciting new addition to the family with greater style, flexibility and maneuverability than ever.  It’s just a damn sexy shoe! 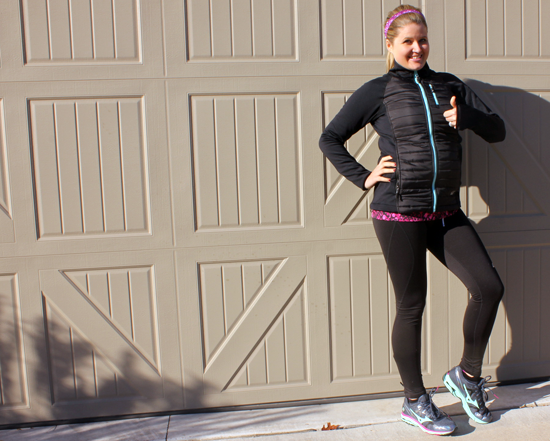 So what do I think about these shoes? Thumbs way, way up.

You can snag a pair for $114.99-  and the Mizuno Wave Rider 17 will be released on December 5. Go get ’em!  Would I recommend them? Yes. Go get fitted and see if they’ll work for you- but there is a reason why they’re such a popular shoe and one of my utmost faves.  S

I received the Mizuno Wave Rider 17 as a sponsored post with FitFluential LLC and Mizuno, all thoughts and opinions are my own.