Some Runners Will Never Be Fast- Words of Encouragement From A Slow Runner. 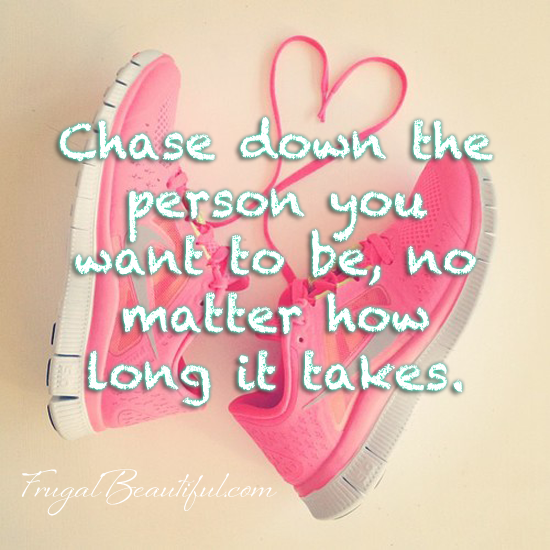 I’ve been running for a year now and I really haven’t gotten much faster than when I started. On a good day, I’ll run a 11 minute mile. On a really good day, I’ll run a 10:30 mile.  Most of the time though, especially if it’s cold or the lungs don’t cooperate, I run a 12-13 minute mile. I’ve done three half marathons, a dozen 10ks, and plenty of 5ks and I’m not fast.  I’ve come to realize I’ll never fit the definition of fast and measuring my race success on pace alone was holding me back more than anything physical has.

At first, realizing I may never be in the front corrals was totally defeating- I had been training to become “better,” and for a long time, my definition of becoming a “better runner” was so narrow I was missing the bigger picture.  Pace isn’t the only measure of success.

For much of the last year, I would enter a race with high expectations of a pacing miracle.  I would quickly get disheartened when I would be slower than  I’d hoped and it seemed like every runner that would pass me by was a personal tally to remind me how much I suck at running. Here’s the thing- you’re always faster and better than all the miles you refused to try before you committed to running.  You can’t compare yourself to any other runner out there, your body is your own unique machine, you are running your own story.

Additionally, many of us worry when we get into running that we somehow are going to be slow and get left behind.  Sometimes it feels like by getting out and running a race, we risked being exposed as frauds, or that we will have to face down how bad we suck in a public setting.  If we feel we’re going slow, we see the people passing us and one, by one, person by person,and  it feels as if we get further and further away from the “real runners,” and will soon be picked up, shamefully, by the race organizers and hauled off for being too slow.  We see the people in front of us, instead of the people by our side and behind us- and put more weight on the fast runners rather than seeing that we are in no way in the minority. Many runners are running at our pace and a bulk of every race is filled with normal or “slow” runners, so if you’re telling yourself you’re a loser for being slow, you’re in good company. We losers rule!

Here’s the thing- no matter how slow you are, you’re better and faster than all the miles you refused to take in your non-running life. You’re stronger for all the times you got off the couch and got out there on the days you didn’t want to run. You’re better for it since you got up early for race day, got dressed and went outside to face yourself down.

I’ve been running for a year. I’ve done half marathons. I still run at a 11-12 minute mile pace.  It’s okay to be slow. Come as you are. Just get out there and run against yourself, not that impossible standard you’re chasing.

Someday, you may get faster- if so, great. But for today, if you’re struggling with your slowness, focus on how much stronger you’ve become. Stronger to fight the urge to quit. Stronger from early hours or late night- time spent sacrificing your old ways for something greater. Stronger for the hours spent to get through the miles in discomfort, in humidity, cold, rain, to power up hills and pace yourself for from start to finish line.  Stronger for listening to your body and claiming what you’ve got- every ounce, fiber, flaw and flab and bone.

Faster? Not always. But stronger? Better? Greater. Hell yes.  Run at your own pace, and don’t stop chasing the person you want to be no matter how long it takes you.

I’m Shannyn. I still run a 12 minute average mile. I run slow and I kick ass.  You do too. 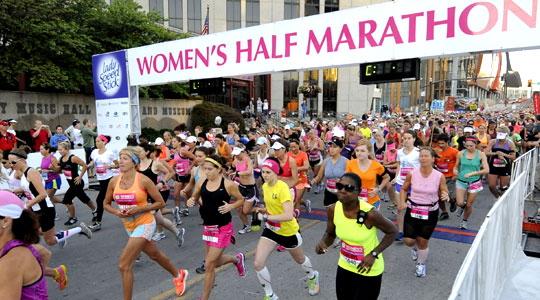 Attention Runners Of All Paces!

Simple Hacks to Stay Healthy During The…

PREVIOUS POST
"A Creepy Letter I Wrote To Myself Over A Year Ago and The Power of Attraction"
NEXT POST
"How To Make Healthy Habits Stick…Tips From A Former Couch Potato"
27 comments so far.

27 responses to “Some Runners Will Never Be Fast- Words of Encouragement From A Slow Runner.”