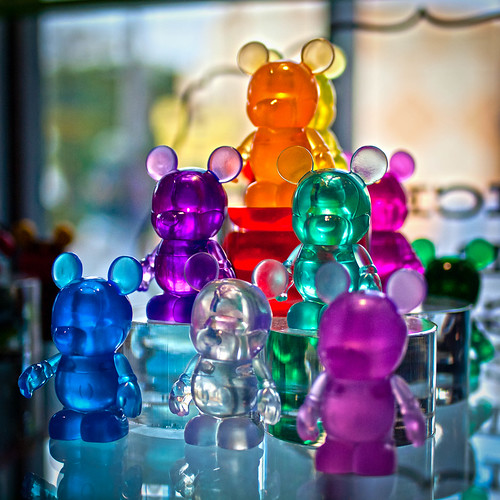 Okay, guilty confession here… I have a disease.

A disease known as “Vinylmation-adoration.”  Haven’t heard of it? Good.  Run. Now.

If you are a lover of Disney, or all things cute and have a knack for getting hooked on collecting things- or worse yet- you a collector who cultivates cuteness and have a soft spot for Mickey Mouse, you will be DOOMED to my fate.

If you at all love cute things, you should really step away from the computer now…

Disney Vinylmations are plastic Mickey Mouse figurines that originally sold at Disneyland for about $9 with collections of random, artistic, or adorable designs painted on them.
At first, it was simple, manageable, not a big deal…but of course in Disney-esque fasion, Vinylmations have expanded their design lines to every genre possible (Cutesters, Urban, Villians,  Muppets, Flags of the World….on and on) to pretty much suck every type of person into their void {“Oh look honey, they have OUR Flag, eh!”} .

They have different sizes, some on keychains, some that you can only get in certain locations… I’d say it’s worse than my Beanie Baby obsession of the 90’s, but now I’m a 25 year old woman working on a graduate degree  and not an eleven year old girl just learning about puberty,  so I have NO excuse.

As a former Disneyland junkie (Hello, it was California, it’s what we do there)  who had thought she had escaped by moving to Chicago, well…now they sell these dangerous little critters at Disney Stores, and yes, there are TWO of those in my area of Chi-city.  Well, cr*p.

I have 18 of these things.  EIGHTEEN.  {As the camera pans over to my family & friends preparing their intervention speeches at a suburban hotel to confront me about my “problem.”}

Yes…some of them were gifts.  But as a girl who like “challenges” and the thrill of a good shopping-track-down, going to Disneyland that fateful day over a year ago was a recipe for disaster. I discovered you open up these babies in a mystery box so you don’t know which one you’ll get (lure one), and they have several adorable collections featuring many of our favorite Disney park rides, characters and other adorableness (lure two), and the fact that you can go into the different shops and play a guessing game to hopefully get a character you’ve sought after, which can be a thrilling chase (hook-line-and-sinker) and it was OVER.

Did I mention that they have Vinylmations that look like cupcakes? {I didn’t stand a chance}

That being said- it’s hard to be a frugal girl who is trying to resist the impulse to clutter up her space and drain her wallet with impulse purchases, but this is a TRIPLE THREAT:

So, I just had to get that off my chest- I’m a somewhat recovering Vinylmations addict (well, aside for my relapse during my fellow addicts’ visit to Chi-city this year when all 3 of us went on a vinyl induced rampage of the Disney Store)  but I’m doing well and managing my inclination for the curation of cuteness {ya, I have title for it!}  and focusing on the frugal.

It IS darn hard though…but when it comes down to adorable shelf space or fully funded ROTH IRA,  the big girl in me beats out the little girl in me who opts for financial freedom over impulse spending.  {thank the Lord!} 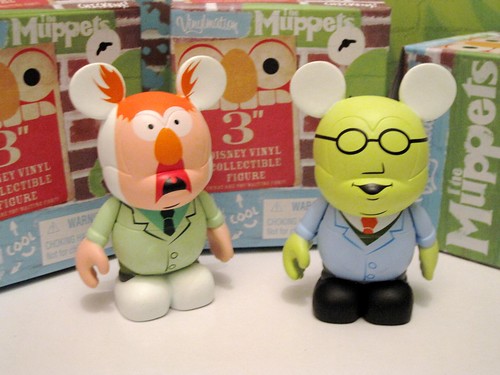 So, do you have any unfrugal addictions?

What do you absolutely love but know you have to much of or should cut back on…or are you happy with your addiction the way it is?   *haha…

I want to know, what is your crazy collection?

How To Order Your Wedding Dress Online…

7 responses to “My Not-So-Frugal Obsession: Vinylmations”