The Nike Women’s Half D.C. Race Recap …and a Tiffany Obsession Amplified 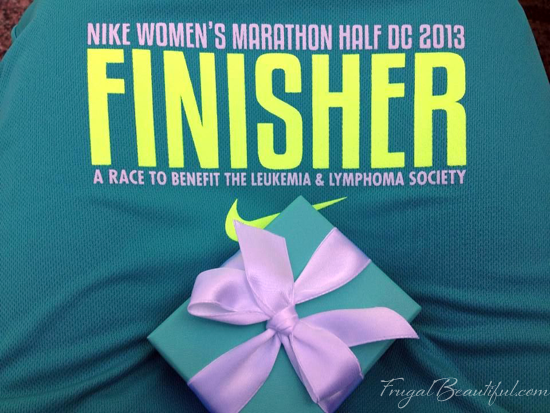 Race recaps aren’t the funnest posts for my non-running readers, but I will say- though, if you want to learn of my Tiffany crazed excursions, this is a good way to dive right into the crazy that is my obsession with that perfect shade of Robin’s Egg blue, little blue boxes, new shoes and running ensembles.

The Nike Women’s Half (and full) marathon has been happening in San Francisco for years now, though this is the first year they’ve had a Nike Women’s Half in D.C. for 2013.  This race is so popular that you have to get in through lottery (unless you’re a student with a valid student ID and email address) and even the lottery fills up fast- people are glued to their computer screens waiting for the openings.

Luckily I got in this year, and a long time (amazing) friend saw my post on Facebook and signed up for the lottery as well- seeing how I raved about the possibility of Tiffany, stupendous race swag and running in our nation’s capital… quickly the craziness spread.

If you ever get a chance to race the Nike Women’s Half in D.C.- take it.  The course is relatively flat, the weather was gorgeous and the sights of our nation’s monuments were inspiring to say the least.  You run past blossoming trees, our nation’s Capital, the Washington Monument and gorgeous views…oh ya, and you get a special finisher’s Tiffany Necklace handed to you on a silver platter. Yup.

But before we get to those photos, you’ll have to see the shoe frenzy I indulged in.  These were two of three special edition Nike Women’s Half Marathon Nike Frees & Studio shoes in Tiffany blue.  The Tiffany Blue Nike Frees have the date of the half marathon on the tounge, special insoles, glittery soles and ribbon laces (with regular laces included.)

They retailed at $120 for the Frees and $130 for the Studios-  yes, I lost my damn mind, but I don’t regret it.  These are dainty shoes, not for runs..but for the gym, yoga, cross training and taking victory laps at work. Yes. 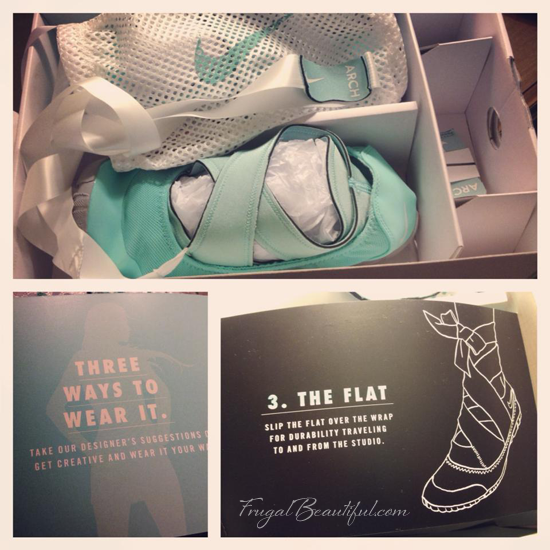 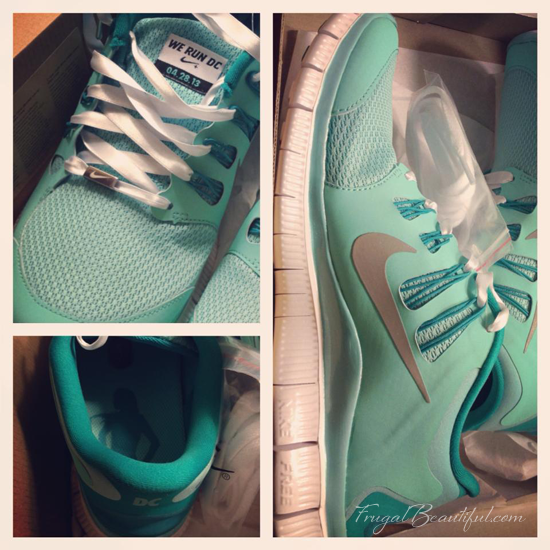 Yes, I went a bit nuts on the shoes…I also picked up a jacket- so forgive me for spending a paycheck in the Nike Store!  I promise I will be extra good from here on out, but I have a lot to celebrate and need some new kicks! …or so I tell myself.   Limited edition + Selling out + Favorite color + Special achievement = spending craze and shoe hoarding.

Anyhoo… onto the race…. 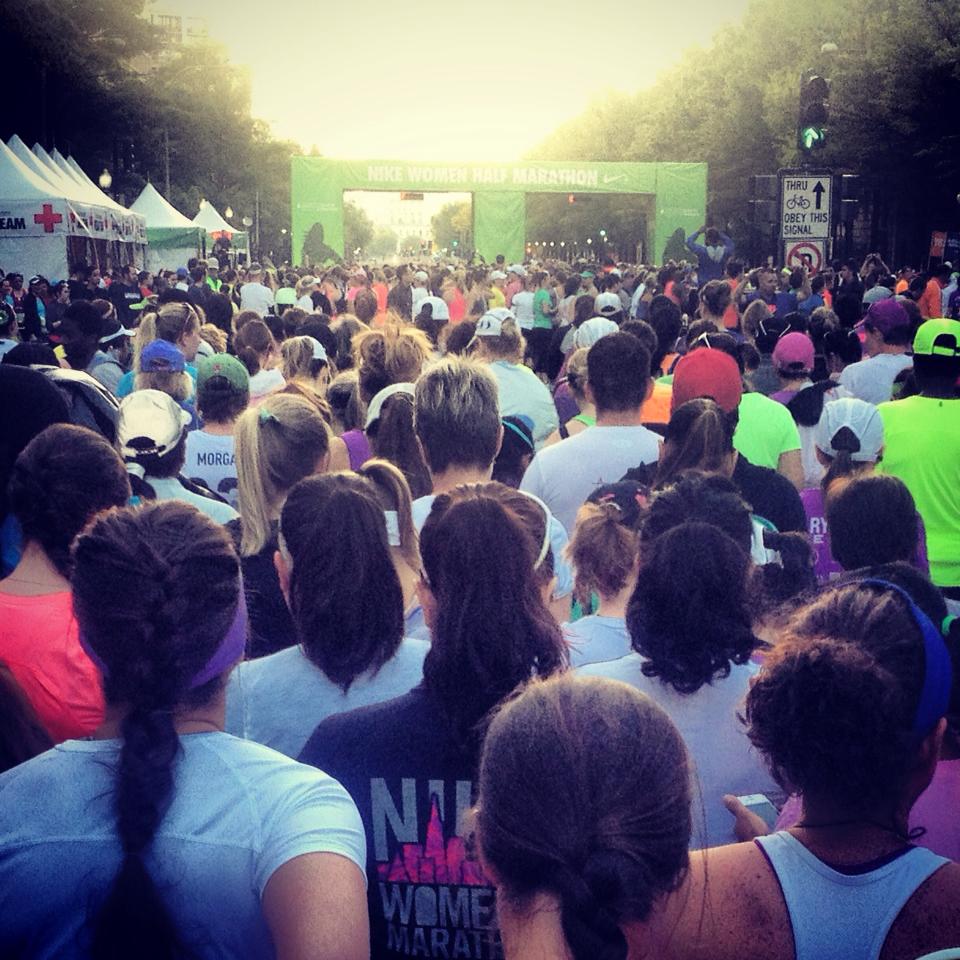 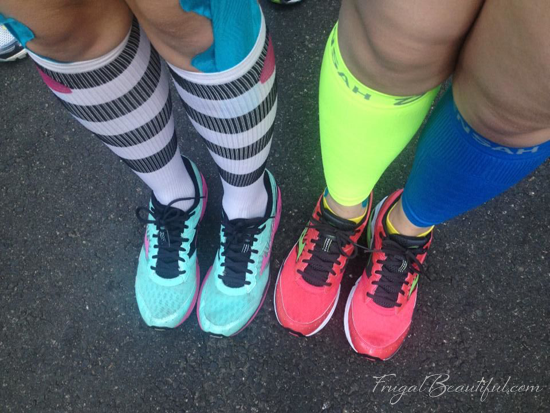 The Nike Women’s Half D.C. 2013 wasn’t a PR but it was amazing.  The expo was easy to navigate, though don’t expect to find a lot of vendors- it’s mainly Nike’s major brand sponsors like Nuun, Bare Minerals & Paul Mitchell…no small vendors selling competitor’s brands (like if you forgot your compression socks!) but the expo was smooth.

Come race day, the location was easy to get to by Metro and the venue was perfect- lining up at the start you could see our nation’s capital.  This race was a fundraiser for the Leukemia and Lymphoma Society- so there was a LOT of purple here..I didn’t run for charity this time around, but there were plenty of TNT supporters and coaches to cheer us on, the crowd was amazing!

There weren’t nearly enough pottys (tmi!) and lines were long (like the longest I’ve ever seen) on the course for runners, some popped a squat behind bushes (I kid you not) and I was a bit frustrated that the corral you register with is what you’re stuck with- there are NO upgrades on corral times.  For those of us (ahem, most of us) who sign up and then train to work towards a faster pace corral, it’s a bit disheartening to be stuck in a corral you signed up with 5-6 months prior.

Imagine finishing a 13.1 mile race to this sight for sore eyes… yes ladies…. 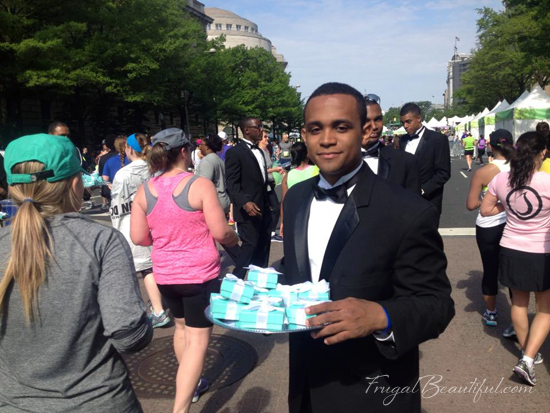 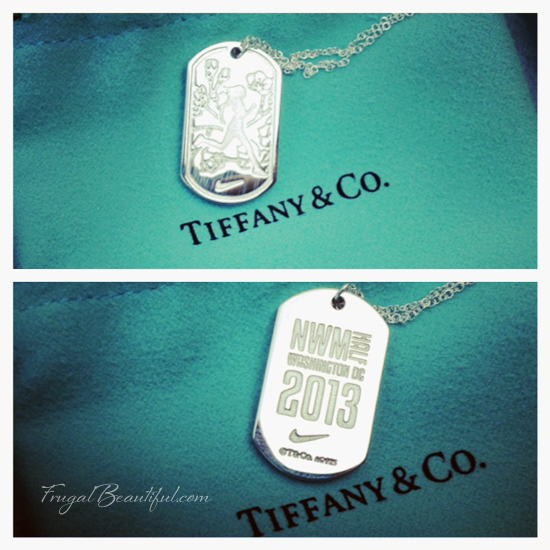 Tiffany is amazing, but finishing a half marathon with a friend you’ve known for nearly a decade and watch her cross the finish line of her first half marathon? That’s priceless. 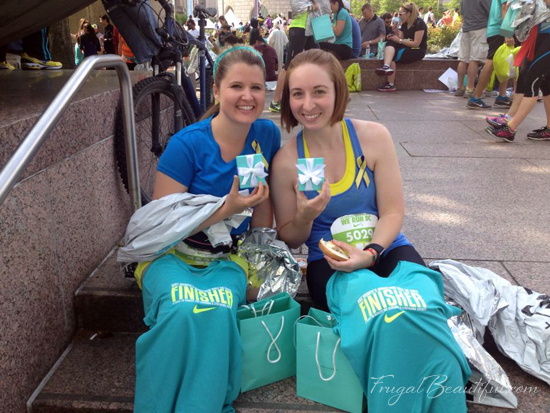 Thanks again for tuning in!

I hope you had a fabulous weekend…want to run this with me next year?

Finding Your Healthy May Not Look The…

25 Reasons Why You Should Run (Especially…

PREVIOUS POST
"RunDisney News: New Races Added to the Princess Half Marathon and Special Coast to Coast Medal Revealed for 2014!"
NEXT POST
"A Creepy Letter I Wrote To Myself Over A Year Ago and The Power of Attraction"
18 comments so far.

18 responses to “The Nike Women’s Half D.C. Race Recap …and a Tiffany Obsession Amplified”