I’m Hittin’ The Road to Chicago In 20 Days… Let’s Have Some Fun! 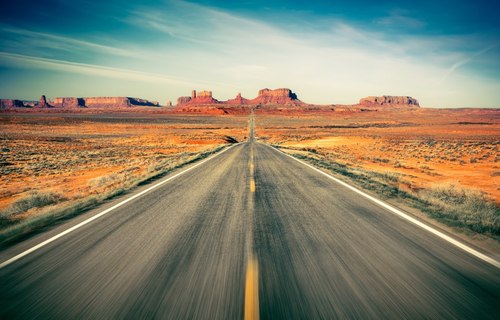 Many of you might be scratching your heads- didn’t I just leave Chicago in August?  Well, yes, SCREW YOU WINTER!  I’ve been in California for a few months, all the while, falling head over heels for this guy who somehow discovered my glass slipper is a pair of running shoes and loves pugs as much as I do.  Yes- this girl is moving back to Chi-city for wuv.  (aww.)

I leave at the end of March and I’ve never been so happy to boomerang in my life. I had made arrangements to leave Chicago before I met the beau last spring, we dated and evaluated the job market and I stuck by my decision to head home for a bit and spend time with family, relax after grad school and freelance from Portland, Los Angeles, San Diego and Denver.  I’ve had fun, but now it’s time to put some roots down.

So, a few things:

I’m going to need some mix cds for the road trip…Wanna swap?

I <3 mixes- yes it’s old school, but that’s how I roll.  If you’d like to swap, leave a comment and we’ll mail e/o mix cds like they’re still cool.  I LOVE pop, Route 66 (so roadtrip songs), and anything fun to rock out to during long stints in the car.  We’re going 2,000+ miles and there is nothing more lame than fighting radio static when your iPod gets old 12 hours later.  Let me know 😉

Oh, fun update- my water soaked iPod has come back to life after 1 year of drying out and WORKS!  I’d love to swap playlists in digital format as well!  Dropbox? Zip files? Whatevs- we’ll work it out.

I need some running & beauty blogger friends to help me house-warm with a sample swap!

Okay, so if you’re a runner or a beauty blogger, I gots-me-a-lotta-stuff that won’t fit in the car to Chicago.  My plan is to pick a “not-so-secret” sister to swap some of my extra beauty & fitness supplies with.  I’ll mail you your carepack before I leave, you mail me my carepack to the new address and we’ll both swap samples! Huzzah!

I need some nesting advice.

If you’ve ever cohabitated with a partner, how do you find a happy medium between your stuff and theirs?  I’ve had roomies before, but never tried to nest with a significant other.  I’m pretty traditional, so cohabitating with a fella is a bit new to me, though I’ve had female roomies before.  How do you decorate, organize and make it feel “homie” for two very different partners?  We’ve decided on a Route 66 decor with warm tones- but since all of his stuff is already settled (he’s cleaning out for me, thanks sweetie!) it’s new territory to not start from scratch- help?

I need advice on how to build a home with a hubby or boyfriend…how do you bring together two different styles (and tons of stuff) to help it feel like home?

If you’re in SoCal- Let’s Live It Up!

I’m doing the San Diego St. Patrick’s Day 10k and the Hooley’s to Hooley’s Half. …oh yes and the Hot Chocolate 5k.  If you’re attending (or want to) let me know,  the swag is swagtastic!

If you’re in Chicago, Holla!

I’ve been in Chicago for the last two years minus this siesta in California but I know that the blog has grown a bit with amazing new friends in the last few months. If you’re in the area (or you want to do a race together!) let me know.

I’m also looking for full time employment in marketing as a social media manager (it’d be exactly what I do now but with one client instead of several and in a potential real office, ha!)  so also, HOLLA if you’ve got some leads.  I will reward you generously. 🙂

I’m doing pretty much all of the Chicago half marathons in 2013, plus the Cleveland & St. Louis Rock N Roll Half Marathons. I’d love to run with you if you’ll put up with my crazy taste in running attire!  See my race schedule.

And now… to get back to work and to pack!

Getting Over It: The Frugal Fear Of…

A Creepy Letter I Wrote To Myself…

Don’t Rest On Your Laurels…

PREVIOUS POST
"Princess Half Marathon Recap"
NEXT POST
"3 Fast Track Tips To Get Your Finances Straight This Year"
11 comments so far.