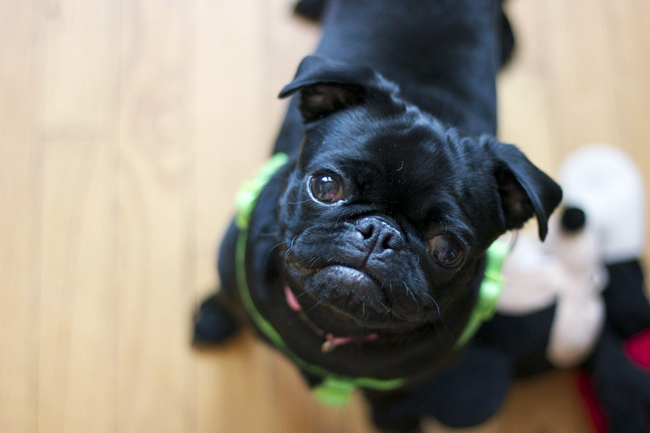 You know how last week I was talking about how special pug rescue was to our family, and particularly, how unpredictable pug rescue can be.  Last week, we thought we would be taking in a 10 year old fawn pug that was being given up by a family who recently had a baby and the dog had started acting out by marking in the house.

Well, it turns out- that dog has a happy ending, the family has decided to keep him and work with him on his marking issues.  That made me very, very happy, but even happier still was the news that another pug was needing a foster home- a six month old black pug. 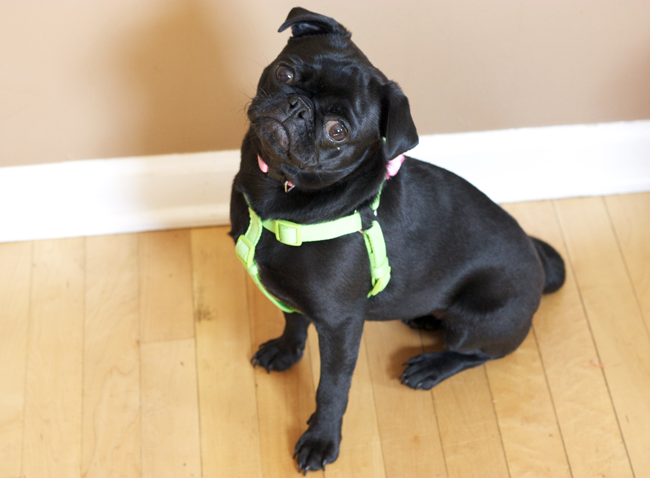 This is where it gets all “woo woo” creepy-like.  Hubby-to-be and I have talked about someday getting a black puppy named Matilda, named after the bar where we met.  We thought about getting a puppy after Ralph passed away, but as tempting as that sounded, we decided not to. Not only can it be challenging raising a puppy straight from the litter, but we were committed to finding a dog that needed a home instead of going through a breeder.

Honestly, I figured it would never happen. At least, not for a long time.  You can imagine my freak-out exuberance when I got the call that a six month old black puppy was going to need a home.  I could have fainted. Also, her given name was “Maggie,” which isn’t too hard to round over to Matilda..so…. 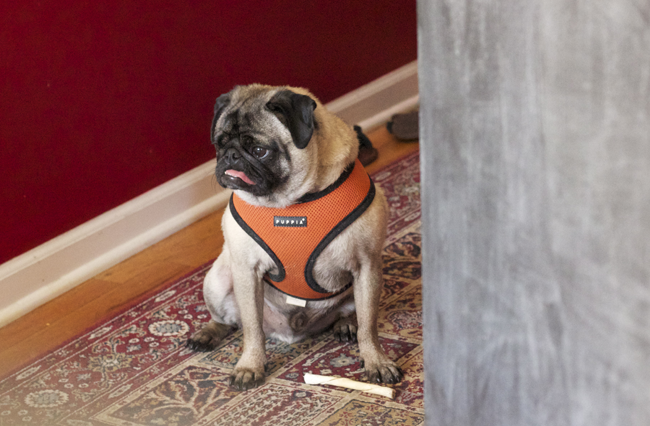 Of course, Max didn’t know what to think of his new housemate at first.  Max flinches at the sound of paper rustling, while Matilda is fearless- wading her way into anything that Max typically avoided (like closets).

Of course, after a bit they started playing together.  Playing, meaning she steals anything he fetches and tries to snatch his rawhide chewies, but once in awhile they’ll play tug and snuggle together.  It will be interesting to see how they get along in the next few days. 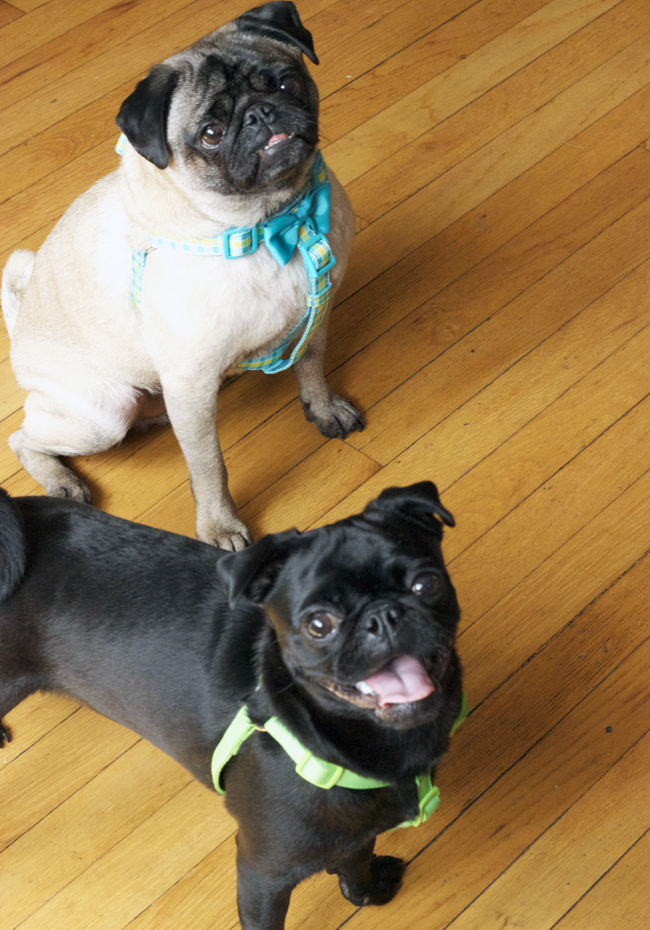 Also, the Martha Stewart line for Petco is the cutest thing I’ve ever seen.  Matilda didn’t come with anything except a pink collar and a stuffed animal, so we went to get her a harness, leash & some smaller toys that were easier to fetch with.  We snagged some adorable things on sale, including a new harness for Max.

She’s still getting used to a leash and we’ve spent two firework filled days trying to get her used to walking (she used to be in a giant yard, so leash training is new to her) and to go potty when she’s supposed to- but hopefully the explosive distractions will die down this week and she’ll stop barking and chasing anything that produces sound. 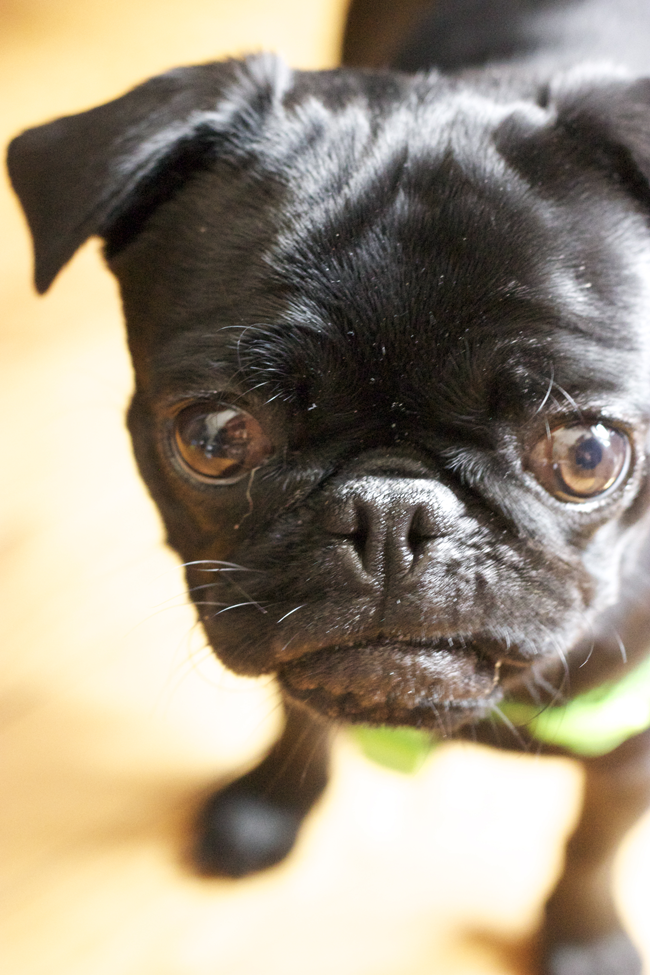 I’m so excited to be her pug momma, and yes, if NIPRA will allow it, we want to keep her forever,not just foster.  I am so giddy and grateful I can’t even put words to it, I’m so happy to have her here.  She’s a tender hearted little beast who loves to play, tug and cuddle- I cannot imagine any family wanting to part with her but I’m grateful she found her way into our lives.

Expect lots, and lots of pictures.

Welcome Matilda, we love you already!

What To Know Before Adopting Your First…

Rescuing Ralph: We Need Your Help