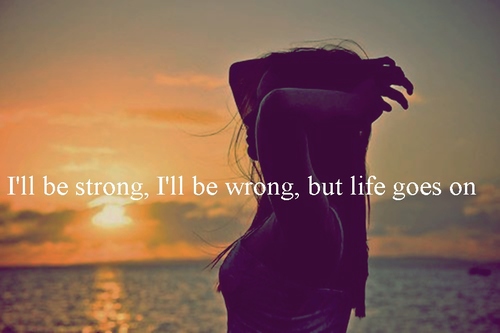 A few nights ago, in the early twilight hours before dawn, I awoke to what I thought was the sound of smashing bottles.  Then I heard the yelling, and looking out my window, I saw the the top floor of the apartment building across from my bedroom was engulfed in flames.

The sound of smashing wasn’t the result of rowdy undergrads drinking in an alley (as had been the case before) but the sound of windows busting out and crashing to the ground from 4 floors up.

After dialing 911, I for some reason, felt compelled to run downstairs to be of assistance.  I get out to the street and but couldn’t locate the source of the yelling injured person, and notice the cops are rushing over, so I treaded back to get out of the way and let them work.   From them on, there was nothing we could do but wait for firefighters to subdue the blaze  in a building full of sleeping families and hope everyone was alright.

I think this is the part where I tell you that this is the third fire within 50 feet of my living space & it hasn’t been arson.

The first happened to be in our building (never pinpointed the cause.)  The second was in the home behind us (foreclosure/suicide attempt/subsequent arrest.) This final one took out 3 apartments due to fire, and several more due to water and smoke damage. Two more occurred within a block in either direction, taking out floors of apartments.

Apparently, living in this area means you take your drinks really, really stiff. Shaken up, not stirred.

Despite this, I’ve encountered my fair share of uncertainty and disaster, stuff blowing up just a “Chicago thing.”  As a child I lived in Los Angeles during the Northridge Earthquake that collapsed bridges and toppled buildings.  As a young adult,  my Gram and I fled our home with thousands of other fire evacuees for over a week, waiting and wondering if our home would still be standing while most of southern California burned.

Yes, I’d like to think that I could handle just about anything- fires, earthquakes, drug dealers (yes, I had those growing up too!) and personal disasters.

I’ve also come to realize that while a feeling of safety is merely an illusion, there is no reason to ignore the data….my neighborhood is just really, really flammable and Shannyn is really, really over it.

I’ve kept this relatively quiet- but I’m leaving Chicago and moving back to California next month. No, it’s not because I’m afraid of fires- but I’ve been planning this for awhile now…but the fact that fire trucks seem to have their own regular parking spaces on our street only solidified my decision.

I’ve come to realize that feeling safe is a combination of both money & resources.  I have very little of either here in Chicago.

Safety means being able to live in a neighborhood where even the illusion of safety is upheld.  No matter where you live or how much money you make, hurricanes, fires, floods and yes, crazy people doing horrible things can happen to anyone.  Tornadoes don’t pick & choose between the rich or poor, but some catastrophes are prevented or lessened by choices made possible with money.

No matter where I live or how much money I have, I will, and anyone else for that matter- will ever be truly safe.  What I will put my money towards though, is the ability to feel relatively safer even if that’s just an illusion.

The second thing I’ve come to realize, that has impacted my decision to relocate, is the fact that when sh*t hits the fan, the only thing that matters is those you love.   Whatever resources I do acquire, I could lose in an unfortunate moment, but family is the anchor of an unstable life.

I’ve wrestled with the decision to move back west for months now and have told myself time and time again that it’s not the end of a chapter (though returning to your home state after two years away can sometimes feel like a downer,) but a time to regroup and plot my next adventure.

My lease here at the highly-flammable and allergen generating apartment is up at the end of August.  I knew I didn’t want to renew and relocating to another area of Chicago without a real plan behind it seemed like a silly move.  While the load is light, and I haven’t yet filled up an entire mid-sized SUV with shoes & handbags, I am making the trek west.

If you ever have the chance to live in Chicago- do it, especially if you’re broke.   It will woo you, break your heart, and build you back up and make you stronger.  It will make you damn thankful for what you have and those you love.  It will challenge who you thought you were, and having bragging rights about surviving “the worst blizzard of the decade,” in your very first winter away from sunny California will be worth the heartache & struggle.

What I have learned from Chicago is that if I could be happy here- I could be happy anywhere.  If I could find bliss while broke, I could plant those same seeds anywhere and flourish.  I learned to live without a car, air-conditioning, in house laundry & doing it on the fourth floor with a curtain for a door.

I built a blog about a love for fashion, frugality, health & wellness when I was struggling to find those things for myself and could barely afford new clothes for work, much less, health insurance.  I became a problogger and finished my master’s degree, even after suffering the heartbreaking truth that all I had worked for to become a college professor no longer fit the person that very process had made me into.

Life is too short, too unstable to think that sitting still and avoiding risk is safe.  “Safe,”  is an illusion, the biggest risks we face are simply not taking any at all.

So now, after a night of insanely annoying allergies, from either the black mold in the building, or the fire fumes still lingering about, I finally got this white hot truth out to the world.

Am I scared I’m making the wrong decision?  Of course.

Does the fear of making the “wrong” decision keep me from moving forward anyway?  Nope.

Now, I will go back to sneezing (as my roomies and I have been for two days) since I can’t sleep, and contemplate the next adventure.

It’s always sad to close a chapter of my life and transition to the next one, but I can say with full certainty, my life in Chicago was filled with equal parts enriching joy and immeasurable heartache- the key components for a life well lived.

I’ve been looking at dynamic companies to work with in both Chicago & California.  I have 3 weeks to come up with a solid lead, but chances are- I’m headed west!

When You Just Need A Giant Reset…

Could I Go Without TV For A…