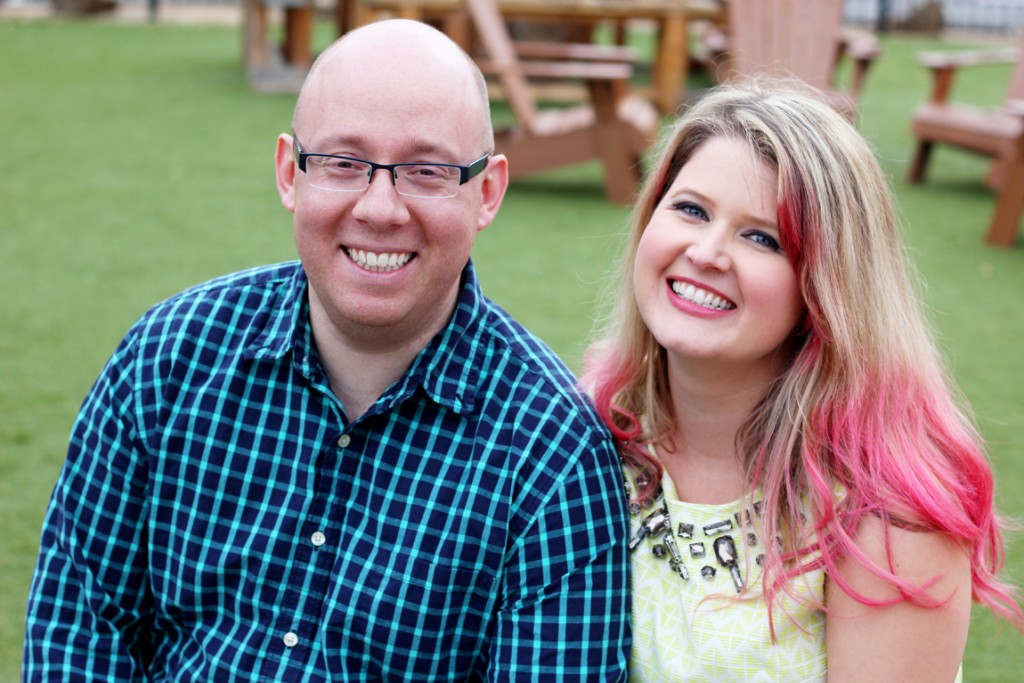 The other half & I over Christmas, in the midst of the decision making.

I haven’t been doing much personal blogging lately- the blog for the past two months has been a lot of “puttin it out there” without getting too personal.  Part of me wanted to wait until the decisions were made and chips were ready to fall, but the majority of me simply had to get through two very busy months and emotionally, mentally and personally process everything before I got words to paper (well, blog).

December was a blur.  After Thanksgiving, I got on a plane and jaunted around Europe for two weeks, a one-girl honeymoon as it were.  Since it was my first trip to Europe, and I was doing it all solo, it took a LOT of headspace to plan and experience. I spent every day in go-mode, trying to cram in sightseeing through Dublin, Edinburgh and London. 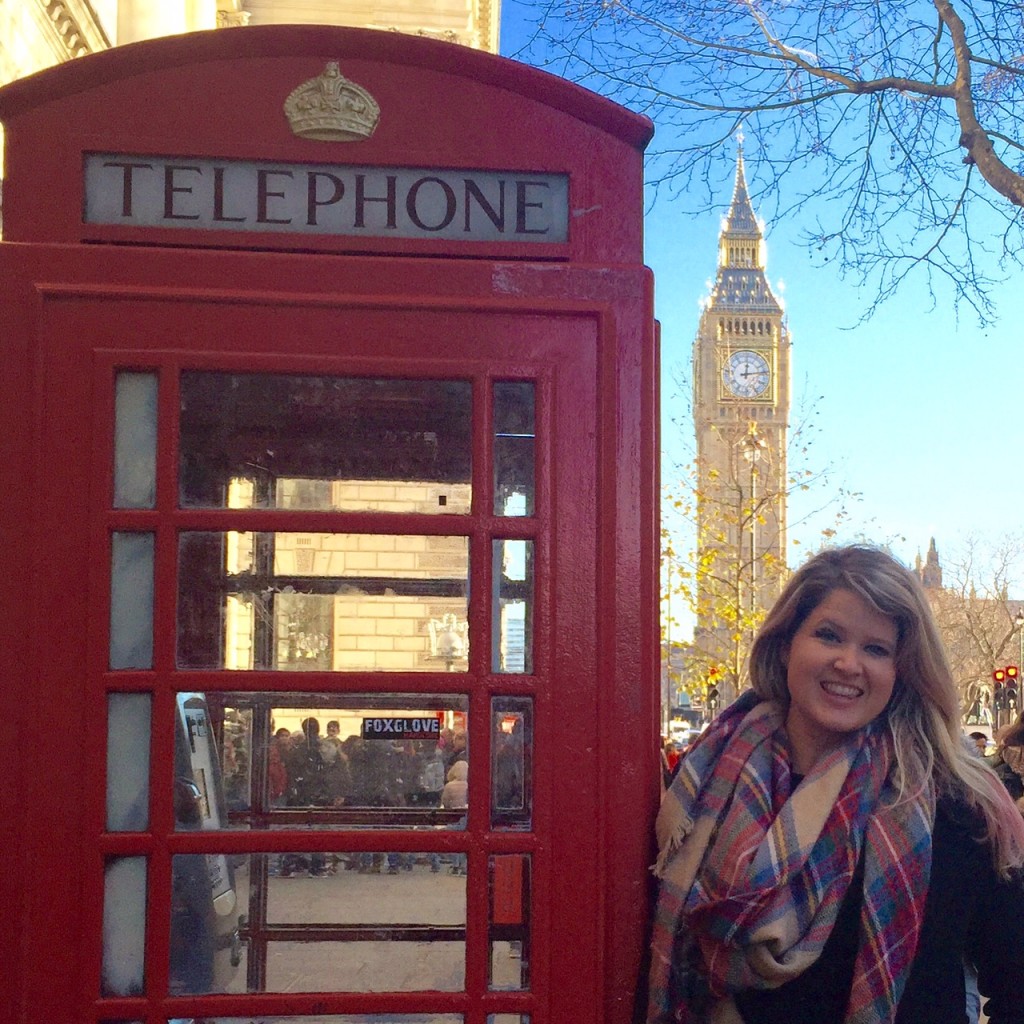 It was not a relaxing trip, and in fact- I had a really fun anxiety attack after a serious case of jetlag in Dublin after a 5 hour delay on the tarmac, but the week abroad energized me in a different way.  I had been dreaming of visiting the castles of England for years, and lusted over the London skyline since I first started watching Doctor Who years ago.  While the trip was insane at times and a challenge for me to wrap my head around- it was nothing short of a blessing to be able to actually go.  There were times, I was walking around in solitude, with my little black carryon suitcase tumbling behind me, and it struck me that I finally did it.  I had the tremendous opportunity to not only dream something like this, but to get to achieve it.  For others who go to Europe all the time, good on you- but for me, it was kind of a big friggin’ deal.  I did it.

Of course, my brain was still reeling from the trip, when two days later, we left for Christmas in California to spend time with family and friends- which proved to be another intense week of travels, projects and a job interview.  Yup, a job interview.  I had interviewed with a few startups over the last few months, and in typical startup fashion- things were delayed or plans had to pivot.  I got on the phone, but had no idea if it would amount to anything- I just wanted to keep interviewing to hopefully find a fit that would allow us to relocate and put down roots somewhere new.

Last year- the beau and I took three weeks to galavant across the South- Charleston, Savannah, Austin and New Orleans.  I had been laid off from my job, and his job was at a crossroads that likely ended up with his job being sent off to Canada (and not in a fun or highly populated city in Canada).  We had a hard choice to make, stay or go.  We dabbled with the idea for three weeks and explored. Then, we floundered on how to move forward- the job market for both of our industries (I work in digital media & marketing, his background is in civil construction projects) can vary place to place- and we didn’t want to get stuck in a new city without a career plan.

We had honed in on Austin, Texas- but thus far, nothing had aligned to make it possible.  Then, we discovered San Antonio- and the fact that I knew some great people from various facets of my life that lived there and loved it. Turns out there’s a great scene and affordable rent.  Turns out the culture is more of a fit- and it has a young, entrepreneurial vein without being as transient as Austin, and offered us a chance to put down roots.  Turns out my father, the biggest skeptic of everything non-homestate was also a fan.

At that point, after several months in limbo with no motion forward, we knew we’d have to potentially leap without a net.  Over Christmas, we made the choice to set a timeline on a move.  No matter what, come hell or high water, we would have to make a choice on whether to stay or go by January 15th.  By January 30th, we’d have to have a plan and set it in motion.  By February, or March, depending on whether we could get both of our apartments rented out- we’d be going.

A plan! Huzzah!  We had something! We chose to choose.  If nothing else could get us in motion- we’d just pick up and go.  Taking a big, scary leap, but we were leaping out of limbo and we needed a change. 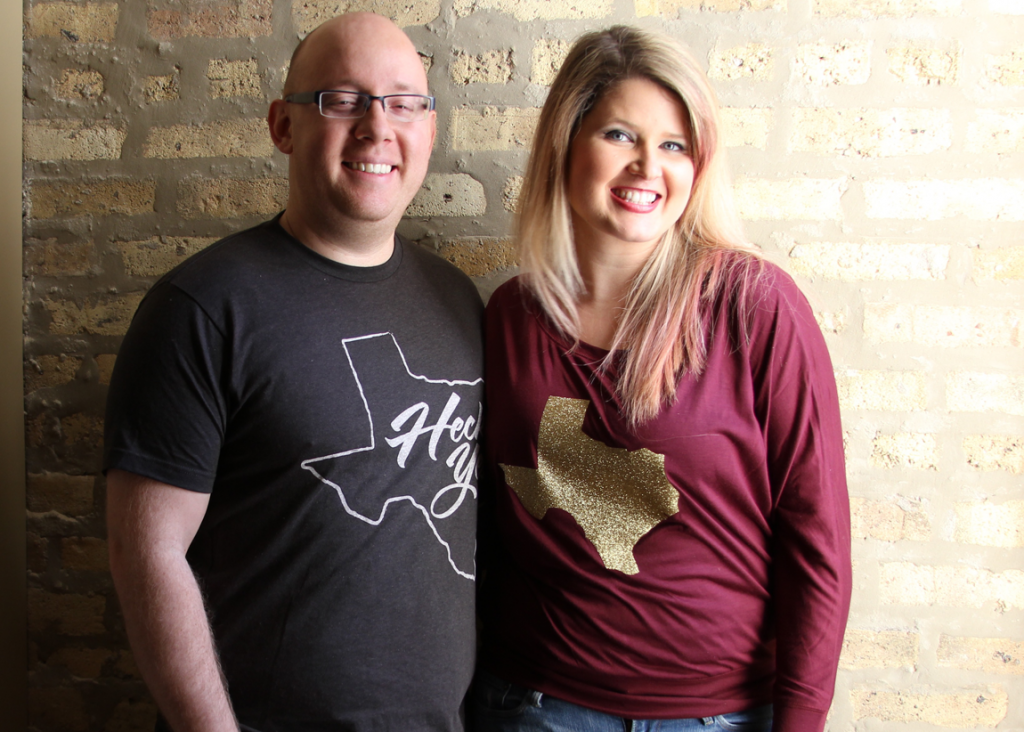 Unexpectedly, I heard back from the company I’d interviewed with right before Christmas to set up a third interview.  I hopped on the phone and on January 11th, a job interview over the phone turned into a job offer- and I could work remote until we relocated. Well, that settles that!

I was flabbergasted- four days before our “stay or go” deadline, we heard back from the universe- “GO GO GO!”

My partner also has received a job offer in the San Antonio area, and we couldn’t be more grateful and thrilled. After months in limbo, we’re moving forward, together, and we’re moving to Texas…yes, and we bought shirts..because we’re nerds.

Then, I made door swag.  Leveled up with the geekery. I literally emailed the Etsy seller and told him, “give me the biggest monogram Texas door swag you have.”  Yes, I realize it’s giant and sort of ridiculous, but if giant door swag is wrong, I don’t want to be right. I cannot wait to mount this baby on our door in southern Texas. 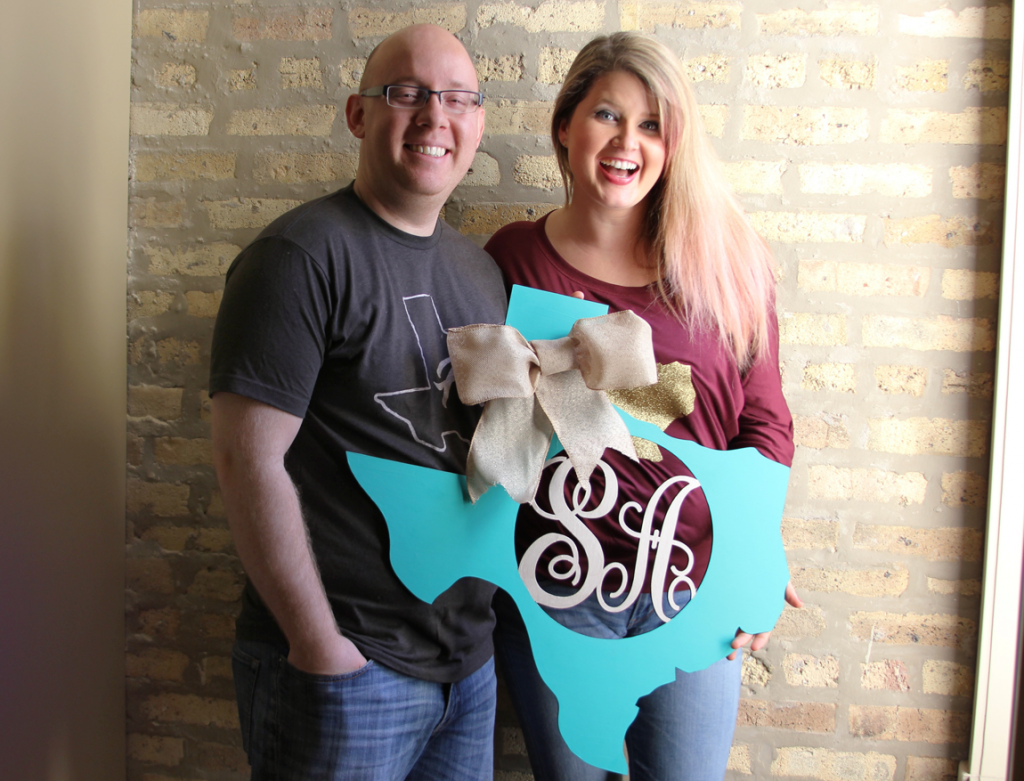 At this point in my life, I just embrace my quirks- which includes making announcements with door swag and tshirts.  We are joining forces in Texas (thus the combined door monogram since we have the same initials in reverse and are moving to San Antonio..so SA works for a girl who isn’t married and doesn’t know which of her initials to put on the door…yes, I polled my Facebook friends about this.)

We are so excited to move to Texas and put down some roots.  San Antonio, here we come!

Don’t Rest On Your Laurels…

PREVIOUS POST
"10 Things To Do In Edinburgh"
NEXT POST
"The Unexpected Travel Necessities You Need For Your Next Trip"
11 comments so far.