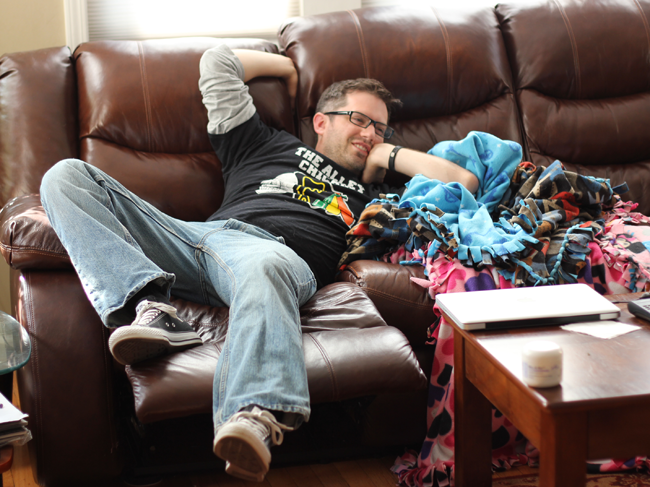 This is what Stanley Cup Playoffs look like at our house.  Messy, comfortable and very, very manly.  I hail from the land of southern California, where the teams I cheered for typically didn’t get anywhere near any kind of championship, and the running joke is “How about them Padres?” I’m a diehard Angels fan, and despite my Los Angeles roots, I never rooted for the Lakers or the Kings, so championships…what are those?

My life in Chicago has changed that.  Unlike San Diego, our point of pride is not our sunshine, it’s our teams.

Here in Chicago, we don’t have good weather, we have sports.

Being half Canadian, in addition to Californian, my knowledge of hockey is pretty sparse.  Honestly, until the Kings won the Stanley Cup a few years back, most soCal residents didn’t even know we even had a hockey team.  (You know, because the Staples Center is probably just waiting for the Lakers to start playing again?)

But like most sporty things here in Chicago, if you don’t know what you’re doing, you can still get along just fine.  Just show up, order something good to drink, cheer at the appropriate times and dress the part. 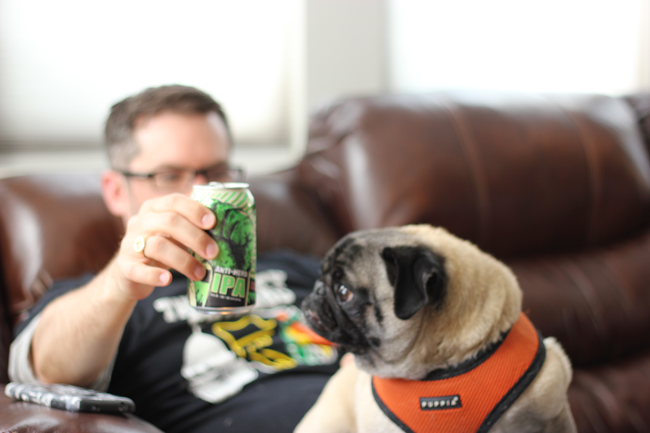 I may not be  an expert on Chicago sports, but I will say, we do like our beer.  Revolution Brewery is a point of pride for many Chicagoans and you can usually find my Mr. with can of Anti-Hero IPA or Rosa at home if we’re not somewhere to get it on tap.

I love this picture of Chris with Max. We live a stone’s throw from Revolution Brewery and it’s a very special part of our Chicago life.

Binny’s.  Binny’s Beverage Depot is a thing I love. It’s bigger than the BevMos of the west coast.  In fact, the champagne department (yes, a whole department) is about the size of west coast BevMo stores.  Needless to say: amazing.

Also, Grind is amazing.  Espresso booze.  Oh em gee.  We have a Kitchenaid mixer, so we put it over ice, with some iced coffee we made at home and added some homemade whipped cream.

Larceny was a bourbon we tried during a bourbon tasting by Heaven Hill Distillery hosted at Fountainhead, a little place that’s always jam packed with people in the Ravenswood neighborhood.  I would like to say I retained any bit of information about this lovely bourbon. All I knows (yes, knows) is that I liked it and it needed to be a thing I own.  End of story.  Huge thanks to a bourbon loving friend in California who helped Chris & myself discover Heaven Hill..you know who you are.

The day  Ralph passed away, I was rather (well, very) mopey, so we went to walk around, grab some dinner out and then apparently, Id didn’t want to drink my sorrows, per say, I wanted to shop them away.  If you ever want to get really, really distracted and discover just about every really awesome thing that has alcoholic content, go to Binny’s.

We spent a good hour there exploring all kinds of Chicagoy boozes, weird mason jar moonshine and I ended up buying a four pack of Seagram’s purple boozey wine cooler soda stuff.  Yes. I was not thinking clearly.  It might have been all of the free samples of champagne and the fact that I shop when I’m sad.  I still have three of those stupid purple sodas left if you want one. 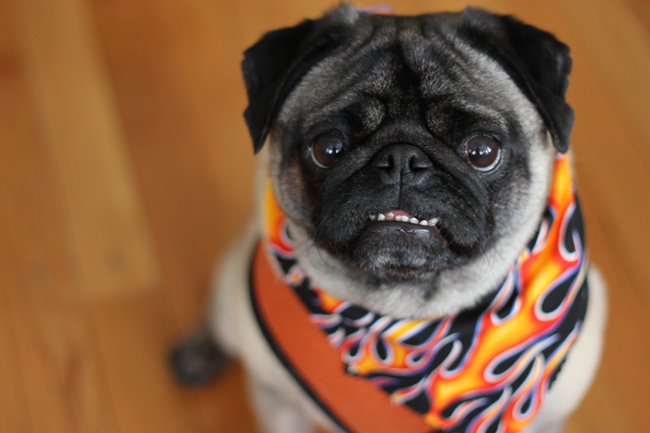 Max.  For now, he’s an only child.  We don’t know how that will change- but for now, we’re enjoying our family, enjoying the quarrels leading up to the Stanley Cup Championship and dwelling in the sports town of Chicago.

I don’t know if the Blackhawks will defeat the Kings to head further towards the Stanley Cup. I fail as a half Canadian.  But I will say, I’m finally happy to call Chicago our home.  It took three years and a horrible, God awful winter, but I’m getting into it. 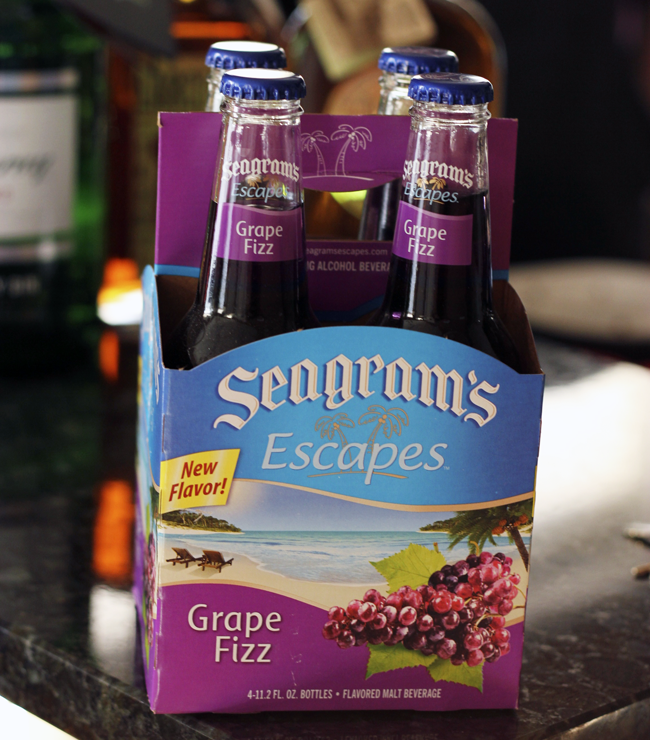 Now to figure out what to do with those three boozey grape sodas.