Is A Costco Membership Really Worth It If You’re Single Or Don’t Have Kids? 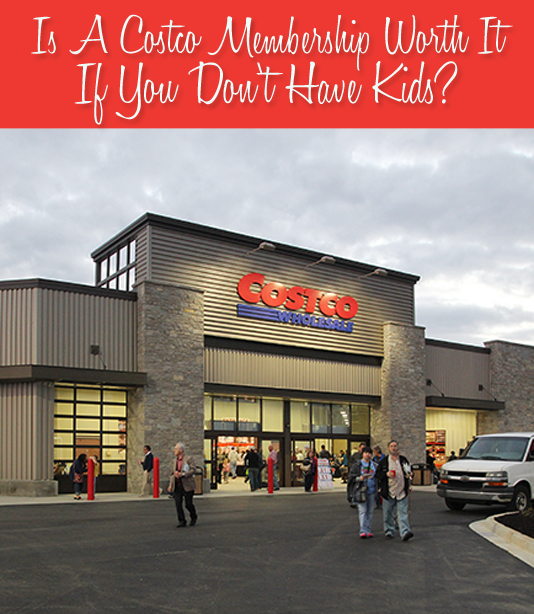 I’m a huge fan of Costco. I remember going there with my parents every weekend and stocking up on nuts, canned chicken and of course, their rotisserie chicken. I love Costco.

It’s not that Costco is always cheaper than Wal-Mart or another box store. It’s that their quality is much higher than those stores. Their meat is always praised and their customer service is some of the best (no wonder – their employees are paid around $40,000 a year).

Some of the best buys at Costco are their toilet paper and paper towels. If you have roommates, it’s a great idea to split those. My husband and I have a roommate and we only have to stock up every few months, despite having three people in one house.

We bought a roll of aluminum foil when we first moved into our apartment. Almost two years later, it’s still going strong. When we move to Denver, we’ll probably have to take it with us.

I’ve been anxiety medication for a few months now and Costco has the lowest prices. I only pay $38 for my monthly dose whereas it’d be $51 at Target. They also have great deals on vitamins, melatonin and probiotics. If you take any regular medication, you should call Costco to see how much you could be saving.

Costco is famous for its huge alcohol section. When my husband and I were planning our wedding, we were going to get our alcohol at Costco. Their return policy includes unopened bottles of alcohol (unlike most liquor stores). We buy cases of beer for our roommate when he dogsits for us.

I probably drink a gallon of organic whole milk a week. Costco’s dairy section is perfect for me. They sell two dozen organic eggs for about $6.50 – a steal in my area. I make hard boiled eggs for daily snacks, use them to bake with and occasionally make omelets.

I love to bake, but buying those ingredients can get costly. Costco is where I turn to for my supply of flour, chocolate chips and sugar. One time we ran out of sugar and my husband bought a one-pound bag at a gas station near our house. The price was the same as what I pay at Costco for a five-pound bag.

The best part is that their baking products are tasty. I love that I can make cookies and brownies all the time and not sacrifice ingredients. Their deals on olive oil and vegetable oil are also good – especially now that my husband has picked up deep frying.

One of the few downsides to Costco is that their selection can feel limited. Sometimes you’ll buy rolls of parchment paper there only to discover that they no longer carry them six months later. Or you’ll buy a box of Ferrero Rocher and eat it all in a few days. Not that I’ve done that.

Costco’s produce is also good, but be wary if you’re shopping by yourself. A bag of peppers might seem like a great idea, until you run out of ways to use them before they go bad. Stock up instead on frozen fruits and vegetables.

You don’t want to sign up and spend more money than you would at a regular grocery store, so see if you can tag along with a friend to Costco and see what you would get there.

How To Score The Best Deals On…

Adventures In Thrifting: I Spent $114 and…

PREVIOUS POST
"The 5 Biggest Ways to Save Money on College Expenses"
NEXT POST
"Destination: Downtown Austin. A Review of the Omni Hotel Downtown Austin"
15 comments so far.

15 responses to “Is A Costco Membership Really Worth It If You’re Single Or Don’t Have Kids?”