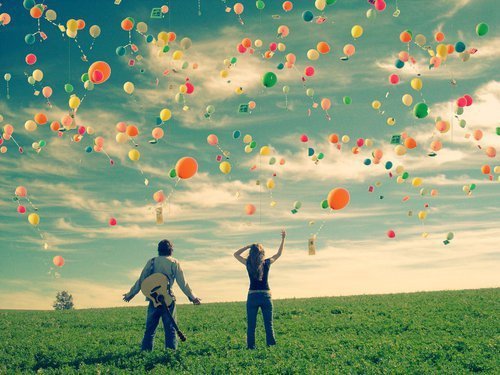 Do you ever do things that completely scare you, push your boundaries and make you tremble inside?  You know that even when you’re all shaken up on the inside, when you’re scared but totally smiling about it- you’ve made the right call.

I can tell you from experience that it’s easy to mistake the inner tremblings as the shakings of fear- but what it really is is the stirring of your soul inside.

I’m sitting here right now, fumbling on a new MacBook Pro (Nope, I do *not* know how to use it either!) which I just paid for with more of my own hard-earned cash than I ever imagined one would spend on a computer… it’s just another instance in my life where fear and imagination collide in ways that freak you out but make you smile.

See, here’s the thing- I have made the decision not to go back to the way I was.  Submitting job application after job application, hoping to tailor myself for whatever was out there being offered to my skill sets.  I have made a decision to fly the conformist coop and completely do my own thing, and as I sit here fumbling with my new Mac like an idiot, I feel that this is just a symbol of the times:

Make room in your life for something big and awesome.  It will be too big for you now- so do little things that scare you slightly less and eventually you will grow into your big-girl stilettos.

So late last year I decided I would join the $30k Challenge.  I have never made $30k doing anything- ever.  What the hell was I thinking?

I committed myself to making $30k my own way…and of course made myself sick trying to make a plan to make it happen.

I also came across the wisdom that if you have a dream and don’t know the “how” just yet- just start moving.  The epiphany will come.

“Act Boldly and unseen forces will come to your aid.”  -Dorothea Brande

How would I hit $30k doing what I love?  That sat in the pit of my stomach for weeks.

Then I had an idea to launch another site.

I could talk about blogging & online entrepreneurs who quit the grind to do what I was doing, but wayyy bigger.

So I secured thefrugalpreneur.com.  It sat there for over a month before I grew the cajones to get past the blinking cursor and say something.

...and realized that my limited technology & limited skills were going to hold me back.  What I hadn’t outgrown, I had at least learned that I would never be able to do everything by myself all the time and learn from scratch. I had to get unstuck.

So I called Jenny Blake  and got on board with her coaching and her awesome Make Sh*t Happen course.

Damn, that was a lot of money for a broke person…I never thought I’d spend that much on “personal development.”

I was scared, and spending money I wasn’t accustomed to spending, but knew it was right- and beyond feeling good about it, under the surface things were quietly stirring.

I was making room in my life, calling in what I desired.  The more uncomfortable it made me, the more I knew I was on the right path.

Somehow, I gained the wisdom to not try and tackle everything from scratch on equipment that had to be frugally finagled to work at my will.  Limited mindsets and limited technology can be fixed.

Better equipment would enable me to do what I do better, and when possible, hire someone brilliant to do what I could not.  There was no time to waste on insufficiencies- focus on strengths (even if that means hiring a professional).

So I bought a better microphone and commissioned a logo- instead of fumbling through it myself for once.  (Cha-ching)

…and when the graphics card on my PC started to go out and I realized I needed better video and editing software, I got frustrated.

After I got frustrated, I got a Mac.  (Cha-Ching, Cha-Ching)

…and after I stopped hyperventilating?  I got damn excited.  Not the normal shaking- but like I said, it was soul stirring stuff going on.

Then I sent out some emails to people I admired to ask them to be on said podcast and they said YES.

Then….I ended up here.  Standing before a vast open space of what’s before me.

I can’t tell you what tomorrow will bring- but I will tell you, now you’re in on it!

Every time you tweet. Every time you give me feedback.  Any time you send me those great emails.  When you send good karma my way- you’re fueling this and I love you for it.

Just be prepared when all of your kindness pays off…it’s going to be big.