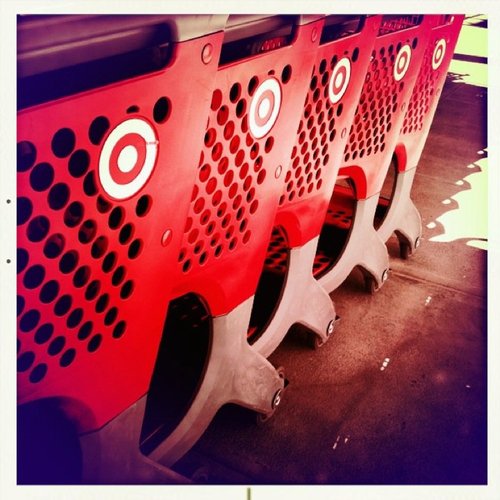 If you’re a budget fashionista, Target is the place for you.  With Target’s prices and moderately mainstream sensibility I’m able to afford some experimentation and whip up new looks.  I’m not sure if you’ve been following the Target collaborations of lore, but they have done some awesome team-ups with Issac Mizrahhi, Anna Sui and soon-to-be some adorable pieces by Jason Wu.  Being a Target fashionista has never been so good.

Of course, you have to recall the cray-cray collab of Missoni with Target that sparked an Ebay frenzy with pieces selling out within hours and the website collapsing in on itself like the death of a supernova.

Yes, as much as I adore Target and their attempts to make a discount department store totally fun, stylish and affordable- I really hope that their new endeavors in 2012 to couture up the place will not be a measure of American social depravity…let’s leave our fashionistas OFF the evening news, k?

That being said- in addition to the Jason Wu collab of February 2012, Target is teaming up with a bunch of small businesses to launch nation-wide initiatives called The Shops.

I am not sure how to feel about this.  Yes, the stuff will surely be adorable, but I’m wondering if scaling up a small business’ production line is feasible.  I am skeptical that a small mom-n-pop business that produces dog treats can maintain the quality and homelyness that made them famous- but maybe that’s not the point.

So, what do you think?  Will these just be Target-esque products with designer/small biz labels popped on them, or do you think this is a big-biz innovation?  The jury’s still out at FruBu.

PREVIOUS POST
"Not Too Shabby!…Apple Dress Giveaway! {closed}"
NEXT POST
"Is Birchbox Worth It? A Birchbox Review For a (frugal) Makeup Addict"
8 comments so far.