Adventures In Frugality: September (Where I Still Suck At Budgeting) 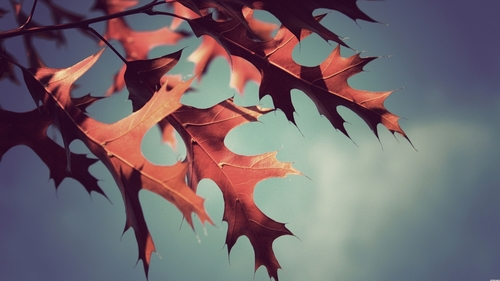 Frugality sometimes gets a bad rap, and I can’t say I blame folks that cringe when they hear the word.  For some, frugality culls images of extreme couponers, hoarding masses of tomato paste they’ll never use in every nook and cranny of their house or the frugal couponer who feeds her family on $100 a month but has to spend hours upon hours collecting and organizing coupons, much to the chagrin of an unsuspecting grocery clerk.

When I took up frugality two years ago, I did so out of necessity- I was making about $800 a month and had student loans that would come due as soon as I got my M.A. degree.  Add to that, the instability of a down economy that made many of us feeling unsure, stuck and feeling frustrated.  Since, those humble frugal-blogging beginnings, I’ve made more income but money is still tight-  we are saving up for a wedding, I’m trying to get my emergency fund back from $0 (paying off student loans and living debt free is my priority.)  I’m taking on more financial responsibility with two rescue pugs (who are prone to all kinds of fun problems), attempting to max out my Roth IRA and still have fun money to play with- it’s not always easy.

Recently, I’ve tried to tackle budgeting one more time.  I have no excuse not to budget- I’m using Mint.com and a cash budgeting system to track my spending.  Whether income is good or you’re bouncing from paycheck to paycheck, tracking your spending is the only way to get real about your money (and figuring out where it magically goes each month!)  Even as a frugality blogger, I really am struggling with budgeting and am learning a lot by committing myself to this goal.

I’ve already learned a few things about frugality:  I suck at making meal plans.  I am using way more gas to get to work than I thought.  It is really hard to avoid impulse buys while on vacation.  Also, beer is really expensive (but so worth it).

Right now, what drives my frugality is saving for the future and of course- a rainy day.  Now that I’m out of school, being able to save for a wedding, stay debt free and build an emergency fund is key.  My goals for September are huge and I’m a bit intimidated by the amount I’m going to have to sock away to stay on target for each savings goal.  So, here’s the brutal numbers:

Here’s a breakdown of my monthly savings goals:

$100 a month for the Glass Slipper Challenge in February

$100 a month (til December) for Christmas Gifts & travel

I am not a financial blogger who likes to lay out every penny of income, expenses and budgets (much like fitness bloggers who relay too many post workout selfies and Insta-document every stupid “clean eating” meal or cupcake they “allow” themselves, I get annoyed), but I will say, this saving plan doesn’t leave much room for spending.  While  my trip to Walt Disney World for the Glass Slipper Challenge will be super fun, it’s delayed gratification and sometimes honestly, that gets super annoying 😉

My biggest challenge to make this happen is to plan out my meals.  I’m short on time, which means crazy couponing and hopping from store to store is not going to happen, but at the very least, I can maximize my budget and reduce food waste by having a solid plan around my meals.  While I’m not anticipating to overstock my kitchen like some folks do, I need to have more of a rotational stockpile of staples that I can grab and use at any time when I get home late or need to whip up food in a hurry.

The easiest way to save money is to plan your meals, and thus far, it’s a challenge I’ve failed at.  After a long day, it’s sometimes easier to throw a frozen pizza in the oven and add some salad when you’re dog tired and are out of fresh options.  More than I care to admit, I’ve bought something to-go because I got careless about my meal planning and simply ran out of options or ran out of time- not good.  I’d rather spend money on running or fun than to buy a premade sandwich on the go since I ran out of bread at home.

So, here’s what I’ve laid out- to stay on budget and hit my lofty savings goals, I’m going to have to get to work!

-Damnit, we will make a meal plan and stick to it!

-Fine tune the budget (grr, yes, I hate budgeting too!) and make sure my categories are accurate with my first month of spending tracking to set realistic goals. Now that I’ve gotten over the shell shock of what I’m actually spending (yes, we always spend more than we think! I’m going to have to sit down and make hard decisions about where to save, where to spend and how to hit my big savings goals..that wedding won’t pay for itself!)

-Find lodging for the Nashville Women’s Running Series Half Marathon that won’t break the bank (need a roomie?)

-Finally repaint the guest room and create an office for myself on a narrow budget of $200.  Any advice on how to redo a room without wasting a ton of money on one-time use paint supplies would be great!

So, what are you focusing on in September?

What frugal tactics save you the most time and money?

4 Ways To Detox From Overspending

How To Combine Finances With Your Spouse

PREVIOUS POST
"My Big Fat Revenge"
NEXT POST
"How To Do A Sock Bun For A Run That Will Survive A Half Marathon"
25 comments so far.

25 responses to “Adventures In Frugality: September (Where I Still Suck At Budgeting)”